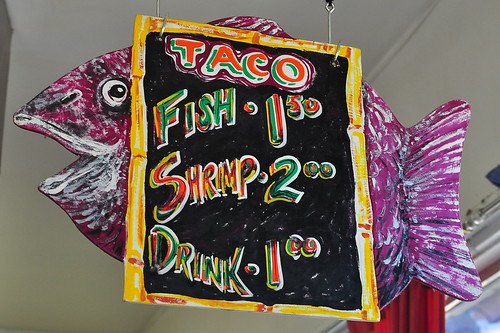 In a city where taquerias can be found on nearly every corner, it is oftentimes impossible to distinguish one shack from the next. While the inverse relationship between cleanliness and deliciousness is usually a reliable guide, it is unfortunately not always accurate. Thus, the Taco Taskforce was born.

Comprised of Bill (Street Gourmet L.A.), Javier (The Glutster), Matt (Mattatouille), Josh (Food GPS), and yours truly, the mission of the Taco Taskforce is to seek out Los Angeles’ very best tacos and to share these findings with like-minded eaters. Some might call this little endeavor a poor excuse for gluttony, but we simply view it as a service to the community; eating bad Mexican food is a travesty that no Californian should ever endure. Iowans? Sure. But Angelenos? No way. 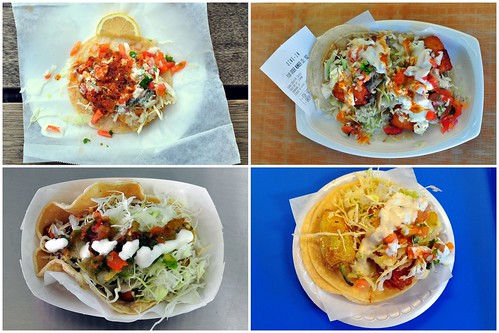 For the inaugural meeting of the Taco Taskforce, we sought to find Los Angeles’ best fish taco. The list of five potential candidates was curated by Bill, a veteran of the city’s taqueria scene. We scored each taco based on its key ingredient (i.e. fish), condiments, authenticity, overall flavor, and cooking soundness. Since I’m more of a qualitative thinker than a quantitative one, my assessments were mostly based on taste and the overall vibe I received from the shops. For the numeric breakdown, see Mr. GPS.

Beginning with the establishment that scored the fewest points, here are our findings: 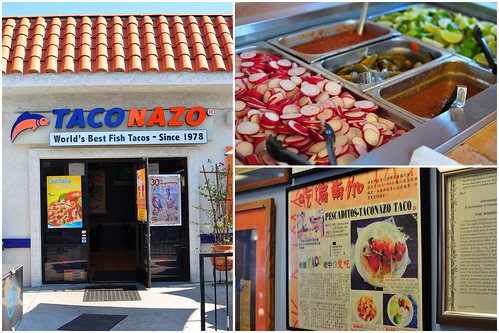 With six locations in the Los Angeles area, Taco Nazo was one of two local chains on our list. Tony and Telma Garcia have been making the “world’s best fish taco” since 1978. 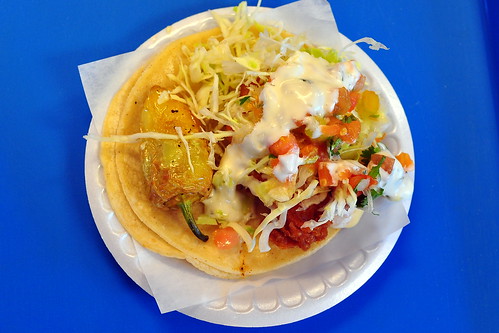 The fish taco ($1.69) arrived dressed with shredded cabbage, crema, pico de gallo, and a roasted guero (blonde chili) on the side. Even though Taco Nazo finished in last place, it is important to note that the taco was not the least bit offensive. In fact, it was actually quite pleasant. Taken on its own, Taco Nazo makes a fine specimen. However, going up against the city’s best, Taco Nazo floundered in a few key areas. This taco lost major points with the Taskforce with its excessive batter to fish ratio, lackluster condiments, and missing seasonings on the fish (pollack) and batter. 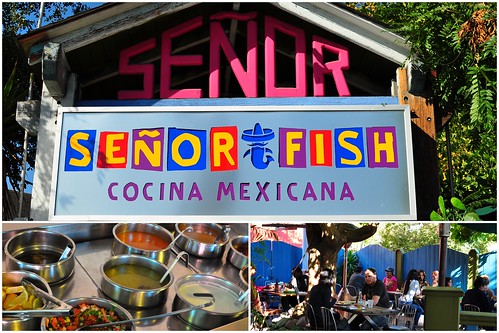 If atmosphere were a category that the Taco Taskforce considered important, than Señor Fish would’ve finished stronger than fourth place. The outdoor patio here is one of the loveliest around. We placed our orders inside and received our grub while relaxing in the shady courtyard. 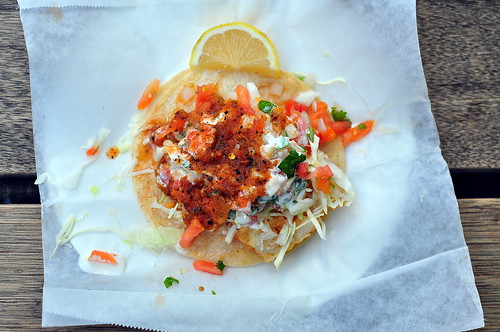 Ringing up at $2.50, Señor Fish’s taco was one the day’s priciest. The cod fish taco arrived tableside with a bevy of condiments piled atop including cabbage, crema, a chile de arbol salsa, tomatoes, and cilantro. The Taskforce was impressed with Señor Fish’s extensive salsa bar and the taco’s robust flavors. However, we were unsatisfied with its clumpy batter and messily applied fixins. 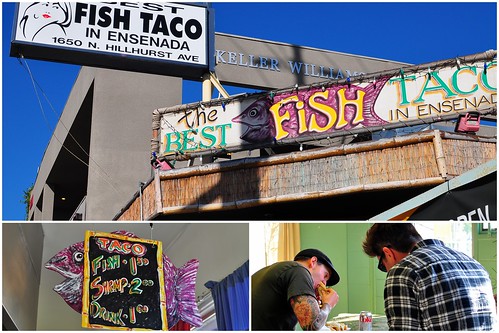 There’s a lot to love about Best Fish Taco in Ensenada. Its concise menu (fish taco, shrimp taco, and drink) is straight up fabulous, and all of the food is made right in front of the customers. Public deep-frying is a mesmerizing sport. 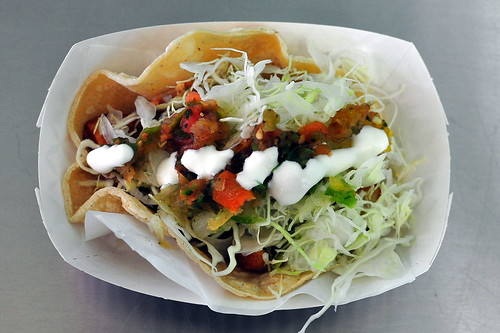 At Best Fish Taco in Ensenada, the tacos ($1.50) were presented completely bare—just like in Baja. Each of us customized our basa (farm raised catfish) taco to our liking with the selection of salsas and vegetables on hand. Mine included La Crema Magica, shredded cabbage, and a bit of Pineapple Kiss salsa. This taco scored big points in the authenticity category. However, Bill proclaimed the bevy of unorthodox salsas “silly.” 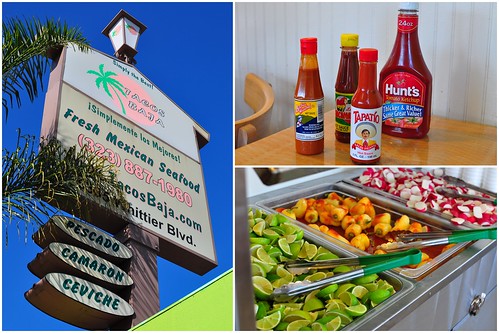 Tacos Baja Ensenada is a 10-year-old establishment located in the heart of East L.A. The narrow little shop was full of locals enjoying various Mexican seafood preparations when the Taskforce stopped in. 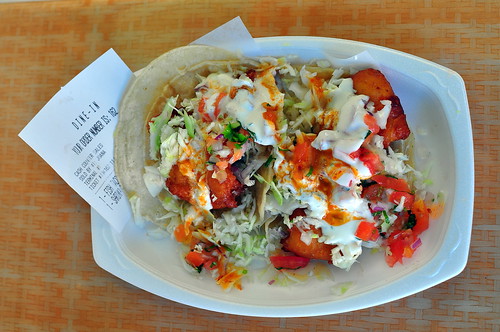 The catfish taco ($1.59) came slathered in house-made crema, diced tomato, hot sauce, and cabbage. From the ratio of batter to fish to the seasonings and condiments employed, the Taskforce was all around very pleased with Tacos Baja Ensenada’s solid product. 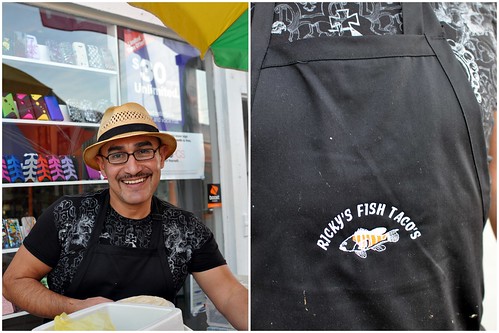 The blogosphere and Twitterverse have fallen head over heels for Ricky’s Fish Tacos. Ricky sets up his little stand on Silver Lake’s Sunset Junction on Saturday and Sunday afternoons (weather permitting). He was the sole street food vendor on our fish taco tour. 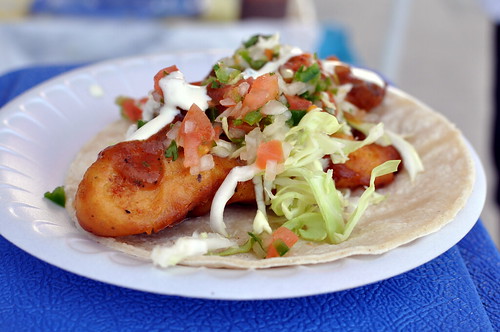 Ricky’s fish taco ($2.50) was completely delightful, especially since it was served with a killer smile. Ricky takes care of the toppings (crema, cabbage, salsa) because the hot oil is a little too close to the condiments for his comfort. The deeply seasoned batter and tiny dice of jalapenos in the salsa really made this fish taco stand out among the competition. I find it kind of perfect that a street food vendor makes Los Angeles’s best fish taco.

Next up: Birria (goat) tacos!