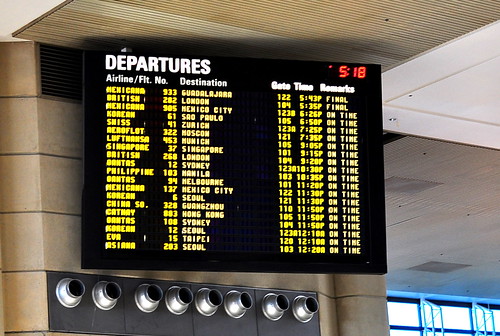 These past couple of weeks have been nothing short of exhilarating. Shortly after The Astronomer and I tied the knot in late April, we packed our bags and headed to Spain to honeymoon. There are tons of delicious details that I want to share about the wedding, but it will have to wait a few months because the professional photos are currently being processed. In the meantime, let’s hop on board Swiss Air to Barcelona! 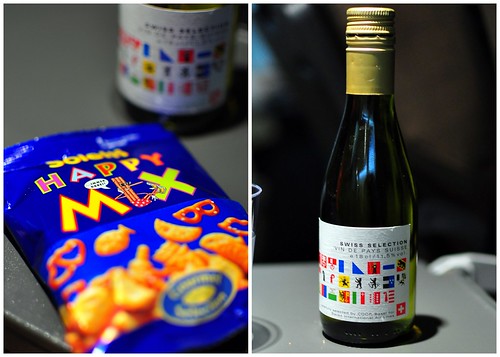 As soon as we reached cruising altitude, the flight crew busted out the “Happy Mix,” wine, and beer! The white wine’s crisp and fruity notes paired like a dream with the salty pretzels and goldfish crackers. I kid…sort of. 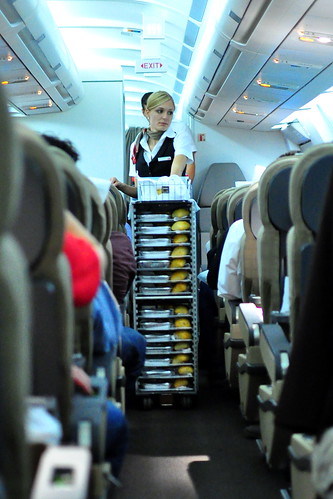 Even though airplane food is rarely outstanding, I always nap with one eye open to avoid missing a meal.  While on board a monotonous twelve-hour flight, the sound of the squeaky cart making its way down the aisle becomes something kind of magical. 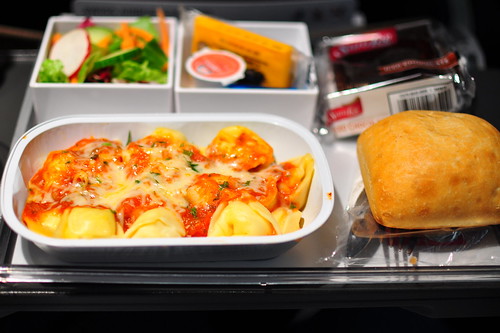 For dinner, we were given a choice of “pasta” or “beef.”  I love how succinct mile-high meal descriptions are. I chose the pasta, which turned out to be superior to The Astronomer’s beef. The ricotta-stuffed tortellini were a smidgen overcooked, but still palatable with their accompanying red sauce and cheesy topping. The roll was impressively warm, successfully melting the frigid pat of Land O’Lakes butter. The salad was gross, as was the Sara Lee chocolate cake for dessert. 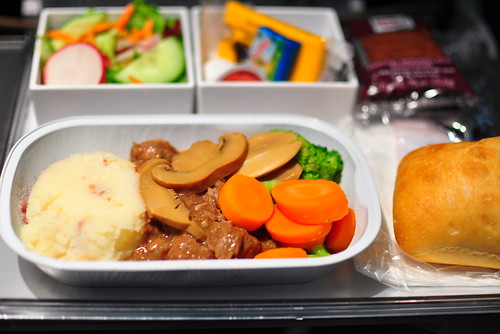 The Astronomer’s beef entree was edible, but not very exciting. However, he did appreciate that the vegetables weren’t overcooked. The best items on the tray were the mashed red potatoes and the brownie for dessert. 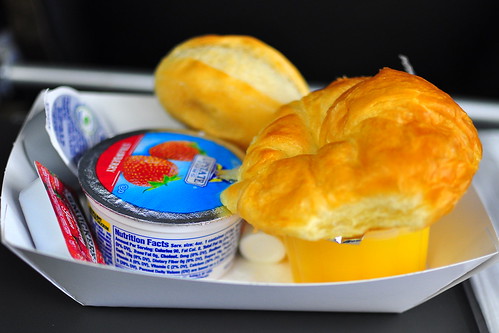 A couple of hours before landing in Zurich, we were served a continental breakfast consisting of a croissant, a roll, a canister of yogurt, and  juice. While Swiss Air’s croissants can’t touch the ones served on board EVA Airlines, I requested another one anyway when the cart came by for the second time. My appetite for carbs is insatiable. 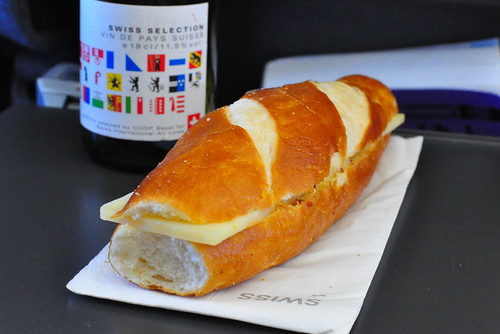 After a quick layover in Zurich, The Astronomer and I boarded a second flight to Barcelona. On this leg of the journey, we were fed “Laugen Bread with Appenzeller.” The Swiss cheese sandwiches were smothered in whole grain mustard and served on bread with a pretzel-like consistency. A simple but satisfying offering. 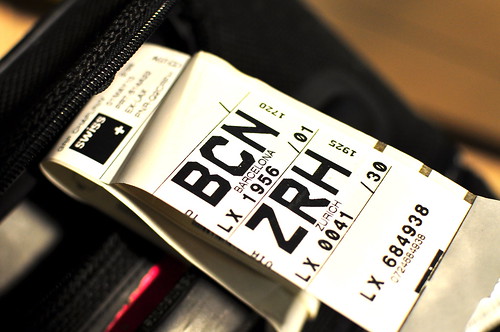 Here’s where the real fun begins!