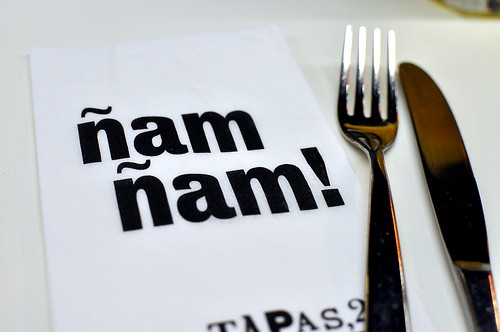 While the Spanish practice of supping quite late might shock some out-of-towners, The Astronomer and I were well prepared for the local lifestyle. Back home in Los Angeles, work is followed by running, then preparing dinner, and finally sitting down to eat around half past nine. For us, it was a pleasure not having to change our natural way of doing things while on holiday.

After landing in Barcelona and getting in a quick workout, we heeded my brother’s advice and Metro’d it to Tapas 24 for dinner. He visited the city less than a year ago and had a terrific meal here after reading about it in the New York Times. “Get the bikini sandwich,” he advised. “It’s ham and cheese on white bread with black truffles. It is really, really good.” Done and done. 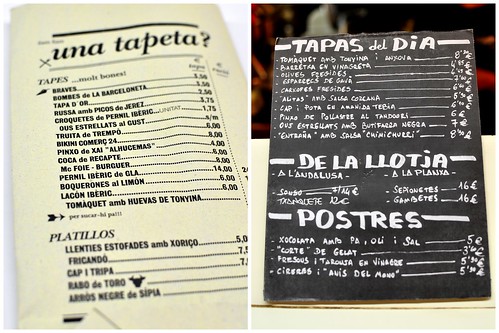 Tapas 24, also spelled TapaÇ24, is the least formal of Chef Carles Abellan‘s four restaurants in town. Here, the decade-long El Bulli alum prepares simple tapas with a unique twist. The small and brightly lit room was packed and smoky when we arrived. After a five minute wait, The Astronomer and I snagged two seats at the bar with a full view of the open kitchen. 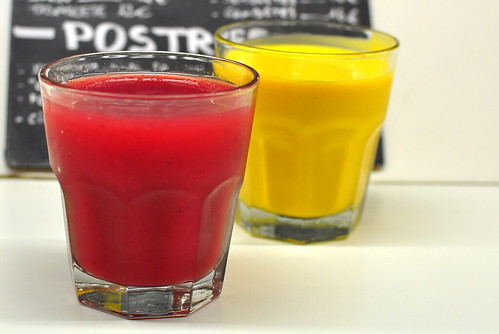 Since it was our honeymoon and we love living on the edge, The Astronomer and I indulged in two glasses of fruit juice to start. I assure you that I requested a shot of something hard and potent to be added to mine but was refused by the bartender—these juices were meant to be enjoyed on their own. The mango (5€) one was thick, not unlike a lassi, and smooth going down. The berries with mint (5€) was refreshing. 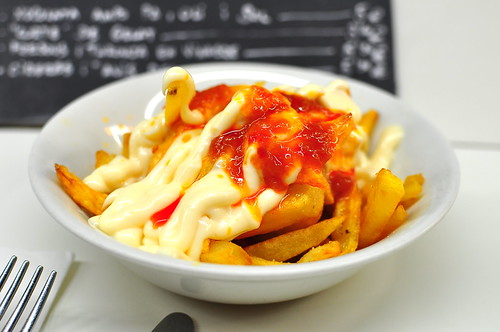 The first dish to arrive was a bowl of bravas (3.50€), crisp french fries doused in a spicy tomato sauce and a thick garlic aioli. We were a little concerned about the liberal use of mayonnaise at first, but needn’t have worried because the ratio of sauce to potatoes was perfect. It wasn’t the prettiest tapa on the block, but it sure was crazy-delicious! 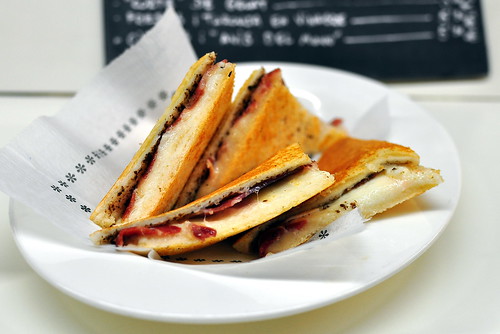 My brother’s beloved Bikini Comerç 24 (8€) came next. Cut into little triangles, the crust-less sandwiches contained jamón ibérico, an unidentified mild white cheese, and flecks of black truffle. It was a delicate little thing with a sensational flavor profile. 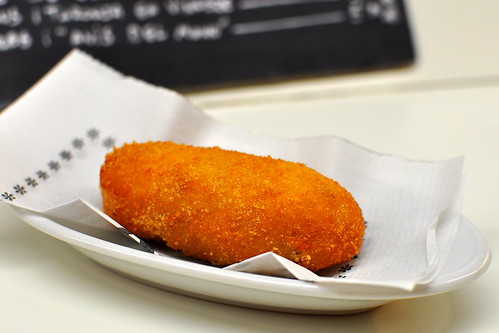 One of The Astronomer’s favorite tapas of the evenings was the Iberian ham croquette (1.75€). The breading was perfectly light, while the Béchamel-based innards tasted like the velvetiest mashed potatoes on the face of the earth. The bits of ham scattered about made it extra special. 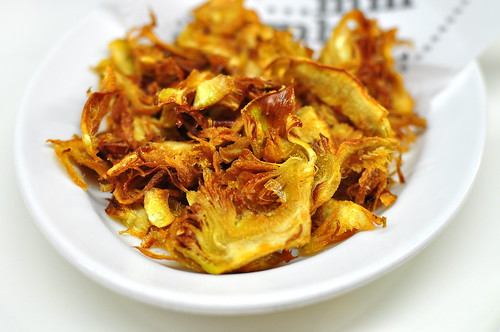 The fried artichokes (6.60€) from the daily specials menu turned out to be too one-dimensional for our tastes. A little acid in the form of a lemon wedge would have been appreciated. 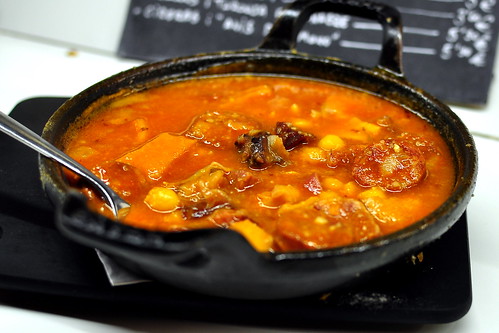 The spicy tripe stew (7€) was brimming with chorizo and chickpeas, and I manhandled it like a champ. The offally bits were so toothsome that even The Astronomer took a liking to them. 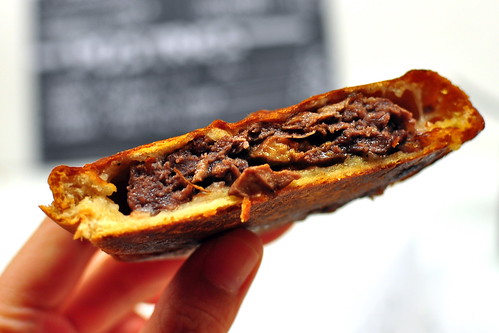 The McFoie Burger (8€) was a taste bud rocker. The beefy patty was fully cooked and interspersed with foie gras, while the bun was unexpectedly thin and crunchy. The pièce de résistance was the foie gras dipping sauce served on the side. A decadent interpretation of an American classic. 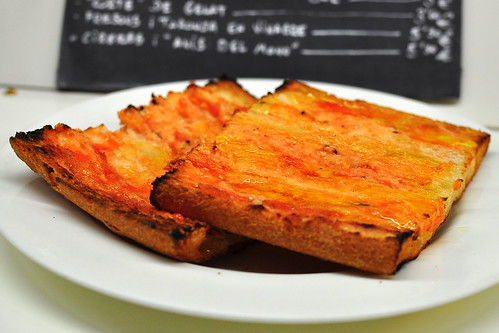 Our final savory tapa was an order of pa amb tomàquet (3€), which is available at every restaurant in Barcelona. Literally “bread with tomato” in Catalan, the dish consists of toasted bread rubbed with tomatoes and seasoned with olive oil and salt. The olive oil and tomatoes were fruity and divine. This simple dish will be recreated again and again when I return home. 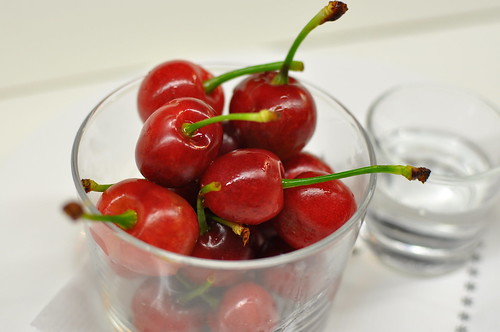 For dessert, cireres chinchon (5.90€)—fresh cherries served with a shot of anise liquor. Eaten separately, we found the cherries too tart and the alcohol too blunt. Consumed together, the flavors were harmonious. 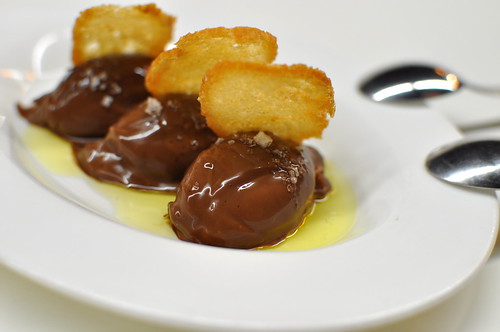 And last, but certainly far from least, xocolata (5€)—three rich scoops of chocolate mousse garnished with toasted bread, olive oil, and sea salt. The drizzle of olive oil added a delightful and unexpected element to the savory and sweet creation. A glorious ending to a standout parade of tapas. Thanks for the Tapas 24 tip, Bro.