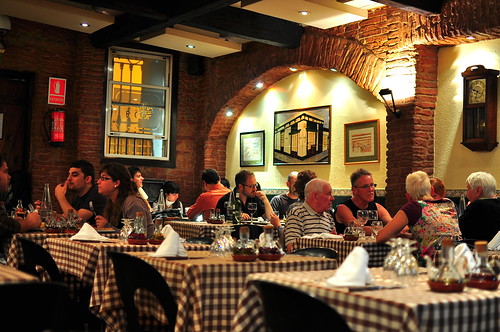 After a glorious day spent exploring Antoni Gaudí‘s Park Güell [Check out the complete set of photos on Flickr], The Astronomer and I headed to Taverna El Glop for a classic Catalan dinner. We had initially planned to dine at its sister restaurant Nou Glop, but showed up too late for the manager’s liking and were turned away. The Spanish may like to dine late, but the window to indulge is oftentimes quite narrow. This may bode well for locals, but for for two kids lazing the evenings away on holiday, not so much. 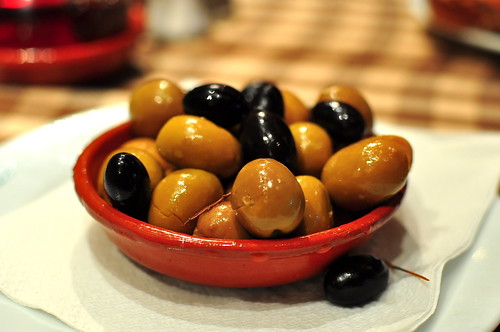 While Nou Glop was winding down for the night, Taverna El Glop was very lively when we arrived at half past ten. After placing our beverage order, a bowl of complimentary olives was set before us. By the way, glop means to “swallow” or “gulp.” We did a lot of both this evening. 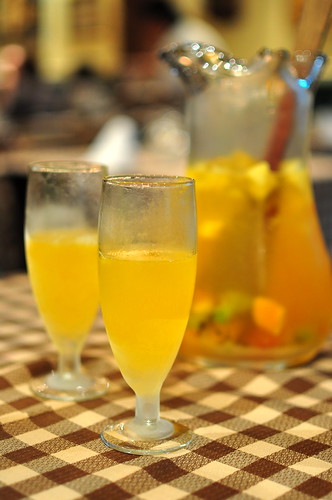 Between The Astronomer and me, we polished off a humongous pitcher of Cava sangria (10.75€) with our dinner. Considering how seldom we drink day to day, this was quite a feat! I absolutely adored the sparkly and refreshing sangria. Truth be told, I don’t think I went a single day in Spain without sipping on some local bubbly. Ah, the good life. 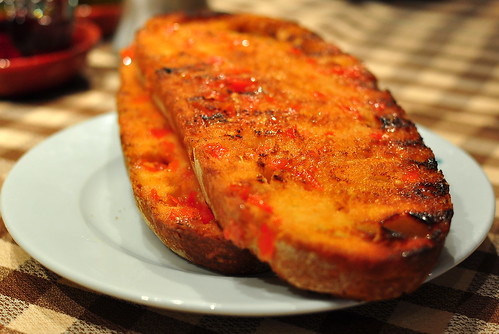 A Catalan meal wouldn’t be complete without an order of pa amb tomàquet, tomato bread (2.42€). We weren’t planning on ordering it, but couldn’t refuse when our waiter suggested it. The Astronomer liked this version better than the one at Tapas 24 the night before because the cooks went easier on the tomatoes. A liberal drenching of superbly flavored Spanish olive oil makes this dish for me. 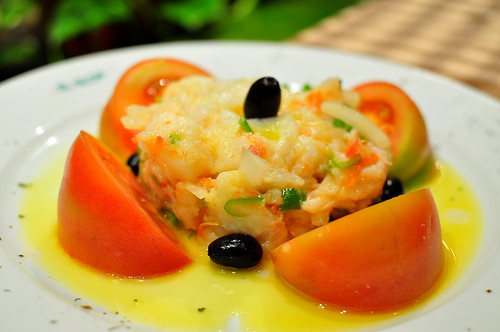 For our first appetizer, a salted cod salad called esqueixada de bacallà (7.58€). The dish was comprised of torn pieces of rehydrated salted cod mixed with tomatoes, onions, and bell peppers, and dressed with olive oil. The result was a light and fresh salad teeming with firm and supple-fleshed cod meat. Of all the salted cod preparations that I sampled during our trip, this one was my favorite. 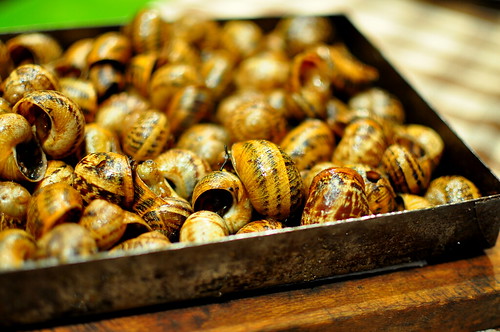 Next, a warm tray chock full of cargols a la llauna (11.36€) arrived. The seasoned and grilled snails were served with a boat of the most amazing aioli on the side. 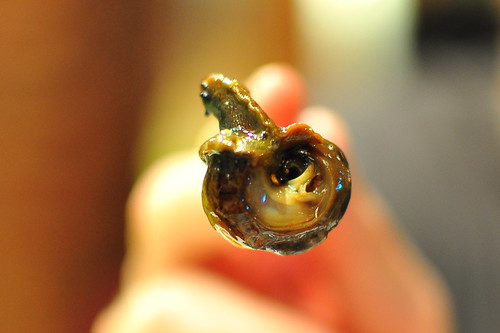 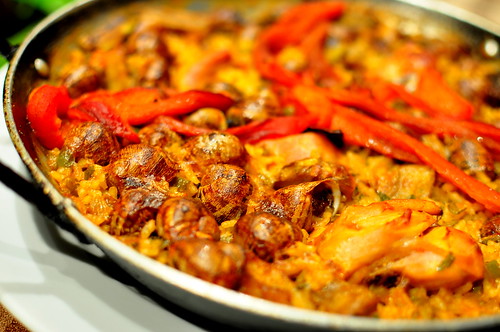 After the sangria, snails, and cod salad, The Astronomer and I were bordering on stuffed when our main course arrived—arrós amb conill i cargols (12.71€). The paella-like rice dish contained hunks of rabbit, red bell peppers, and more snails. The hearty helping of savory carbohydrates was just the thing for soaking up the pitcher of sangria.

Taverna El Glop turned out to be one of my favorite meals of the entire trip. The food was solid, the service was beyond friendly, and the vibe was perfectly laid back. While traditional Catalan cooking doesn’t have the cache of the newer Spanish culinary movements, its timeless flavors and homey quality keeps it relevant and crave-worthy.