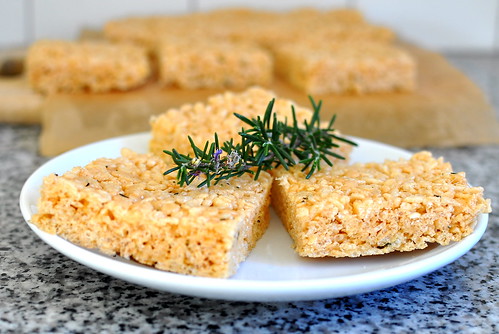 My last three attempts at making dessert have turned out terribly. I mean, they were good enough for The Astronomer and me to eat after dinner, but not nearly perfect enough to share in this space. The first mishap was my grandfather’s birthday cake. He is a strawberry lover through and through, so I decided to use this recipe for Sprinkle’s cupcakes as the base of a two-layer cake. It turns out that great cupcakes don’t necessarily translate into great layer cakes, and I ended up with a dense, scone-like tower. Fail.

My second not-so-hot execution occurred while making butterscotch pudding a la Pizzeria Mozza. I removed the pudding from the heat probably three minutes too soon and ended up with pudding the texture of melted ice cream rather than thick, luscious custard. Fail squared.

Most recently, I attempted Baked‘s Grasshopper Bars, and the result was downright atrocious. The bar consisted of three layers—brownie, mint buttercream, and chocolate ganache. The first one went off without a hitch, while the second one resembled watery butter infused with creme de menthe. I was so crushed that I didn’t even make the final layer. Fail cubed.

After a slew of kitchen heartbreaks, my confidence was at an all-time low and I desperately needed a sure thing. Enter: Rice Krispies Treats.

For the amount of effort that goes into making marshmallow squares, they give back ten-fold in taste. Even better, they are almost impossible to screw up. Instead of preparing the standard recipe found on the back of the Kellogg’s cereal box, I drew inspiration from the Los Angeles Times‘ test kitchen. The addition of fresh rosemary penetrates every “krispie” grain and adds a whole new savory dimension to this all-American sweet. After  successfully preparing these rosemary marshmallow squares twice in the past week, I think I’m finally ready to move on to something slightly more difficult. Wish me luck. 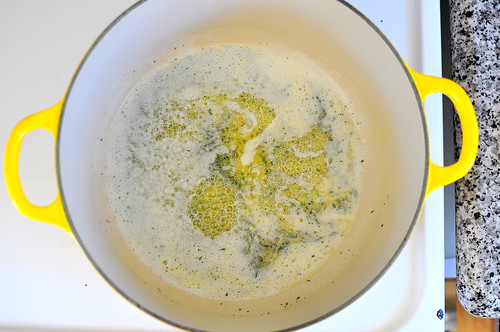 In a large sauté pan heated over medium heat, melt the butter. Add the rosemary and stir until the rosemary is coated. 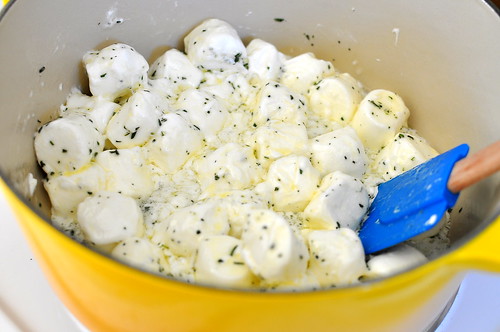 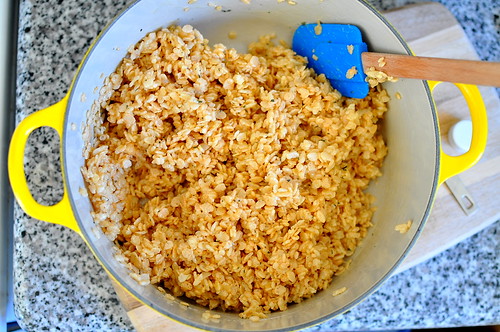 Stir in the vanilla and salt, then slowly stir in the cereal until it is evenly coated. Remove the pan from the heat. 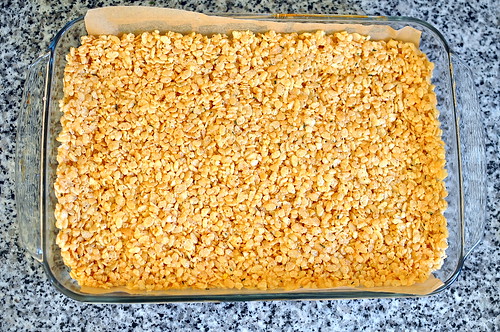 Transfer the mixture to a shallow 9-by-13-inch baking pan. Cover the top with parchment paper, pressing down firmly to level off. 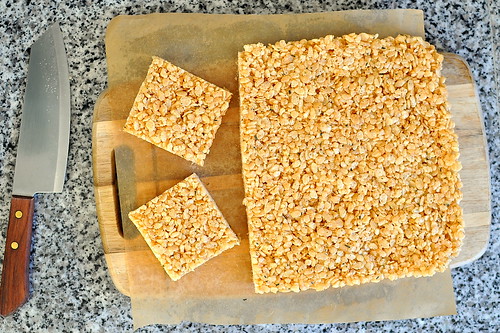 Set the pan aside for at least 1 hour to cool before slicing into squares.