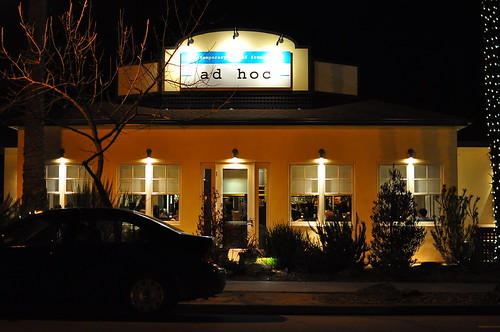 Sometime last December, a brilliant idea came to me while I was procrastinating at work. I didn’t know how the logistics would unfold exactly, but I decided that my 29th birthday had to be celebrated over fried chicken at Ad Hoc. It’s been a dream of mine for quite sometime, and it was high time that it was turned into a reality.

After calling the restaurant and figuring out the schedule (fried chicken is only served for dinner every other Monday), a table was booked for February 21. And thus, my month-long birthday party culminated in Yountville at Ad Hoc’s fried chicken night. Dreams really do come true! 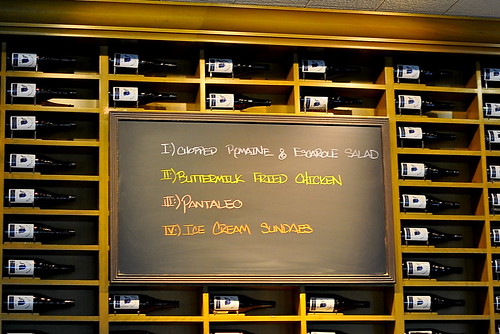 Ad Hoc has been one of my all-time favorite restaurants ever since The Astronomer and I brunched here nearly two years ago. The food, which has a deceptively simple and homey quality about it, is made with the finest ingredients and executed with precision. The restaurant serves a four-course menu five nights a week and a three-course brunch on Sunday. All meals are shared family style.

The Astronomer and I were joined by our friend Scott and his girlfriend Nandita for this hotly anticipated dinner. Scott, who produces wine in nearby St. Helena, was in charge of the evening’s libations. He chose a light and bright white from the Napa Valley—Massican “Annia.” 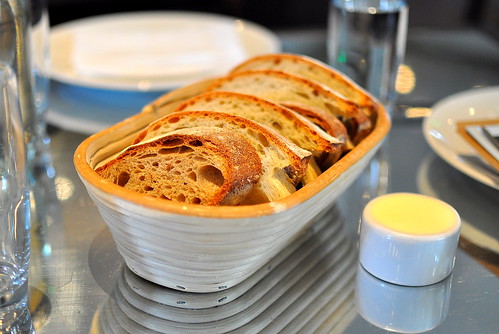 Fried chicken Monday, which is priced at $52 per person, started off like any other Ad Hoc meal, with bread from nearby Bouchon Bakery served with perfectly spreadable butter. 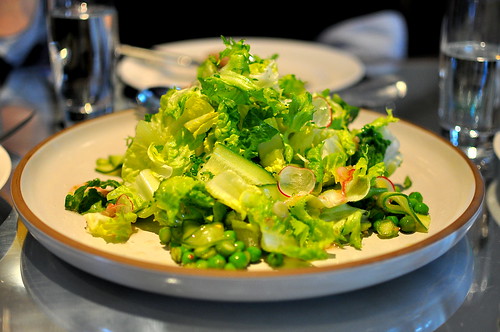 The first course to arrive was a chopped Romaine and escarole salad. The greens were spruced up with marinated cucumbers, English peas, shaved radish, and asparagus coins. Everything was dressed in a spring onion vinaigrette.

What I really loved about the food during my previous meal at Ad Hoc was that each dish sounded straightforward on the menu, but tasted downright explosive at the table. Great technique coupled with even greater ingredients made for one incredible course after another. This evening’s salad was well composed, but it fell short of my expectations because it tasted only like the sum of its parts. No more, no less. 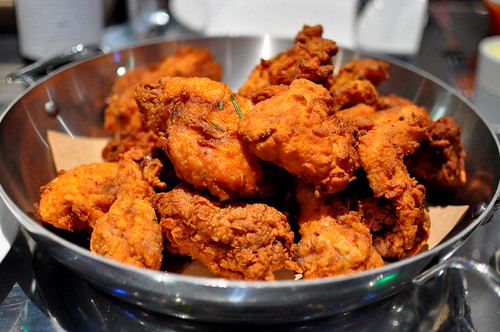 While the salad didn’t set my taste buds afire, it did set the stage for the humongous platter of buttermilk fried chicken that arrived next. The kitchen dished up nearly twenty pristine pieces for our party of four. We managed to polish it all off, save for one lonely piece that Scott packed home for lunch the next day.

Ad Hoc takes a mostly Southern approach with its signature dish. First, whole chickens are submerged overnight in a lemon and herb brine to ensure that the meat is juicy and flavorful. Twelve hours later, the chickens are patted dry, chopped into pieces, dredged in buttermilk, and thoroughly coated in a mixture of flour, garlic powder, onion powder, and cayenne. Finally, the meat meets the deep fryer and poultry perfection is born. 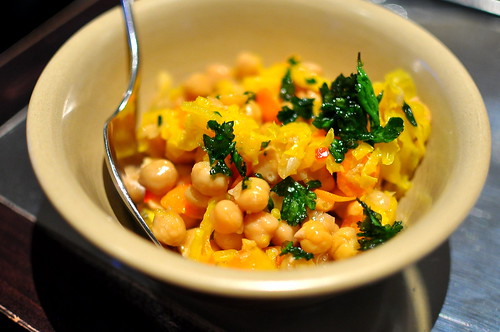 I was seriously thrilled with the fried chicken, but the side dishes left something to be desired. Much like the first course, each accompaniment was well thought out, but the flavors didn’t woo me. The chow chow, which is a Southern style relish, was a vinegary mix of garbanzo beans, sweet carrots, and pickled cabbage. The garbanzo beans seemed out of place in the chow chow. 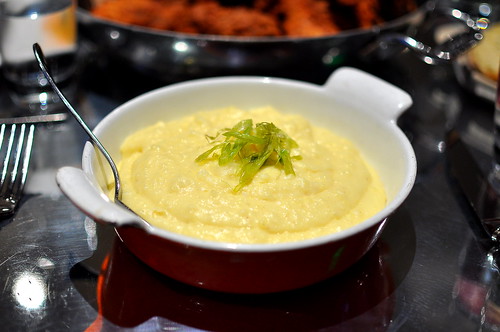 The green garlic whipped potatoes were smooth, rich, and bursting with garlicky goodness. Sadly, I’m not much of a mashed potatoes kind of girl, so I didn’t embrace these as much as my dining mates did. Potato salad, on the other hand—now that’s a side dish I can get behind. 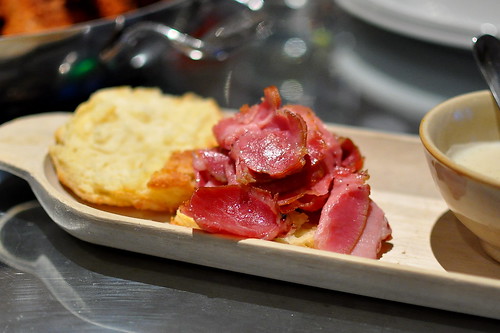 In addition to the ‘tatoes and chow chow, Ad Hoc offered an additional accompaniment for $12. We decided to share one order, which included two flaky biscuits topped with ribbons of smoked ham. For me, a fried chicken experience isn’t complete without warm biscuits on the side; the ham was just a decadent bonus. 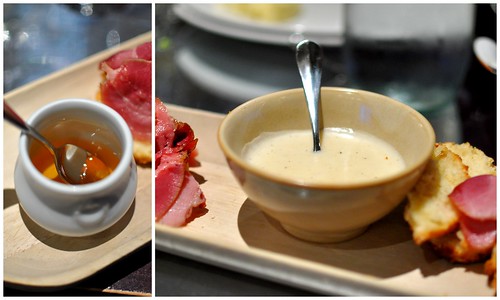 Served alongside the biscuits and ham was a pepper cream gravy and Marshall’s Farm wildflower honey. Nandita and I smothered not only our biscuits with honey, but our fried chicken, too! Fried chicken + biscuits + honey = The happiest 29 year old on the planet. 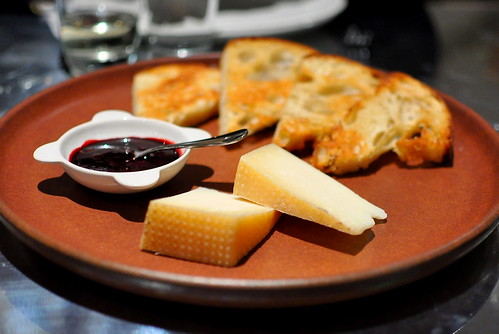 By the time the cheese course arrived, all four of us were pretty much out of gastro real estate. Two good-sized wedges of Pantaleo goat cheese were served with huckleberry jam and palladin toast. It was a hard and surprisingly mild cheese considering it was aged for 100 days and made of goat’s milk. 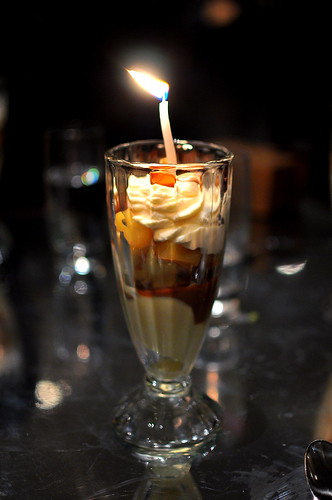 We left the restaurant over three hours later with our bellies fully stretched and our spirits soaring high. Time flies by when there’s good food, good wine, and good friends. Oh, how will I ever top this for the big 3-0?