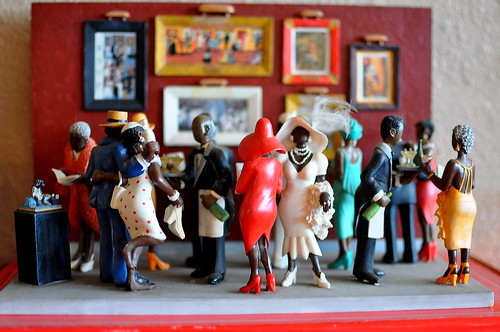 I had a serious craving for fried chicken while visiting my family in San Diego last month. Following back-to-back weeks of eating deep-fried poultry on the regular [See: Ad Hoc, The Fremont Diner, and the Ludo Truck], my stomach was going through withdrawals and jonesing for another hit. A quick Internet search for “San Diego’s best fried chicken” pointed me to Bonnie Jean’s Soul Food Cafe, a no-frills establishment specializing in homey Southern fare.

The Astronomer and I paid Bonnie Jean a visit on a gray Sunday afternoon. We were joined by fellow fried chicken lovers, Cousins Jimmy, Tannia, and Phil, as well as my mama. 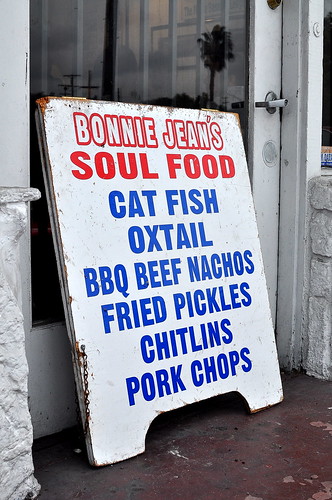 In addition to barbecued ribs and fried chicken, Bonnie Jean’s also served a couple of soul food dishes that I’d never before encountered at a restaurant, namely chitterlings and slow-cooked oxtails. Since my mind had long ago settled on fried chicken, a return visit to sample more of the diverse menu is definitely in order. 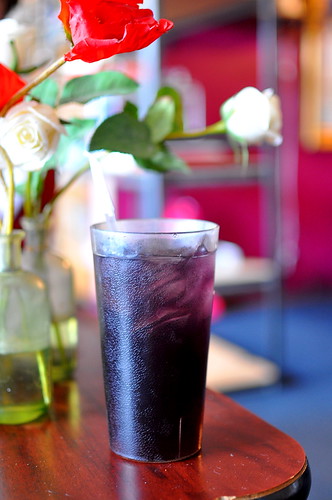 Cousin Jimmy sipped on several glasses of tooth-achingly sweet grape Kool Aid ($2.25) throughout the meal. The rest of us happily drank water. 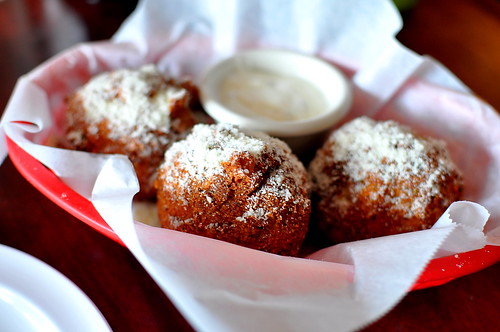 To start, we shared an order of fried macaroni and cheese balls ($6.99). According to our friendly waiter, they are one of the restaurant’s best-sellers. Each fist-sized ball was coated in seasoned bread crumbs and deep-fried till crisp. A sprinkling of powdered Parmesan added the finishing touch. A saucer of ranch dressing was served on the side. 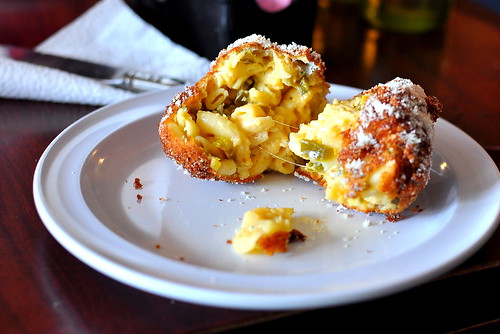 The innards were mostly macaroni, on the mushier side of al dente, smothered in jalapeno-laced cheese. There was a smooth, Velveeta-like quality to the creation that appealed to me more than I’d like to admit. 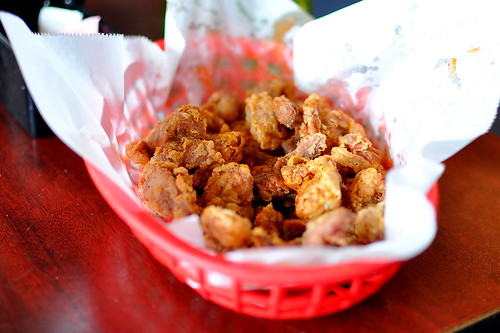 Our second appetizer was a basket of freshly fried chicken gizzards ($5.99). Deftly seasoned with salt, pepper, and a bit of spice, the gizzards were pleasantly chewy and dangerously addictive. We easily finished the basket and toyed with the idea of ordering another. 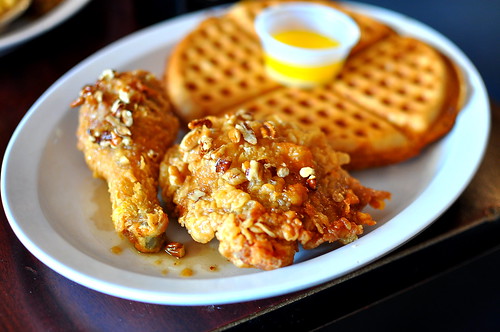 The Astronomer ordered the fried chicken and waffles ($9.99) with pecan glaze ($2) for his main course. The two pieces of dark meat were beautifully fried with lots of buttermilk batter nubs upon its surface. The pecan glaze, which was neither honey nor maple syrup-based, added a sweet touch to the mix.

Accompanying the chicken was a small container of melted butter and a cinnamon waffle. While The Astronomer dug the waffle’s surprising flavor, he thought its texture could’ve been lighter and crisper. Waffle House‘s waffles are the gold standard by which The Astronomer measures all Southern waffles. 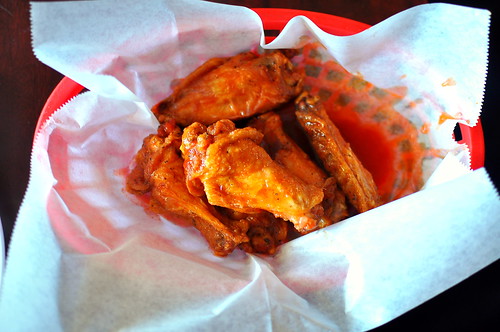 My mom ordered a six-piece basket of hot wings ($5.25) that more or less tasted like every other hot wing served in sports bars across the country. 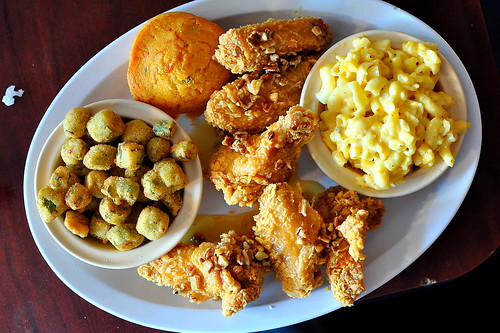 I ordered the fried chicken wings dinner ($10.99), which came with two sides and a cornbread muffin. I wasn’t crazy about the pecan glaze due to its nebulous contents, but I really enjoyed the fried chicken underneath the slick of sugar. The wings’ thick and crusty coating and high batter-to-meat ratio were just what I was in the mood for. Both the fried okra and macaroni and cheese were well prepared and comparable to what I’ve eaten down South.

Bonnie Jean’s Soul Food Cafe offered a unique and tasty diversion from the restaurants that I usually hit up in San Diego. Soul food in So Cal? Yes, please.