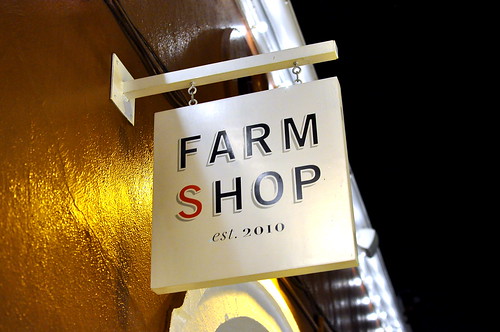 While The Astronomer and I were eating our way through Vietnam, one of my favorite restaurants in Los Angeles quietly launched dinner service. After nearly a year of dishing up only breakfast, lunch, and brunch, Farmshop finally began serving supper late last month.

As soon as we landed on dear, sweet American soil, The Astronomer and I made reservations to dine at Farmshop. Even though we were both feeling the effects of jet-lag, we couldn’t let a little fatigue stop us from coming in for a long-awaited taste. 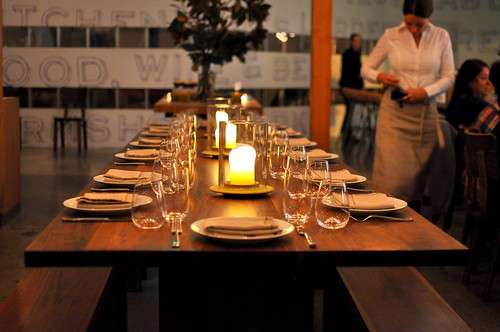 The restaurant was busy enough for a Wednesday night when we arrived just after eight. I loved the look and feel of the dining room during brunch service and was pleased that the space transitioned nicely into nighttime. We were joined for dinner by our friend Kat on her final night as a restaurant PR rep. 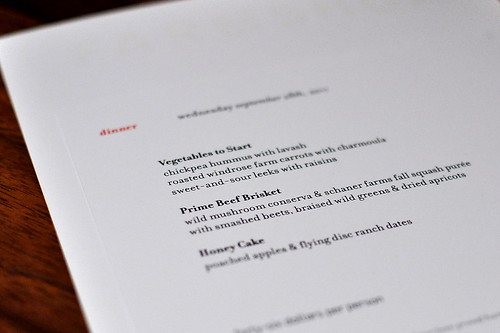 Dinner each night is a three course affair served family style with prices ranging from $40 to $60. Our menu was priced at $46 per person. 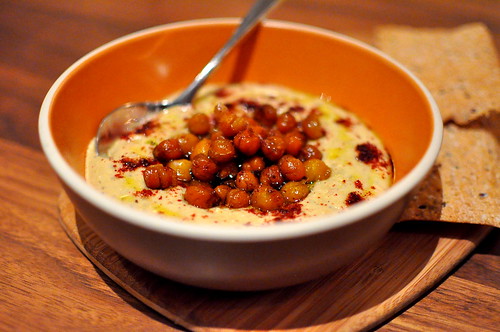 Our meal began with an array of vegetables. A bowl of hummus came drizzled with olive oil and topped with fried chickpeas. Lavash bread was served on the side for slathering. The crunch of the garbanzos really made this dish for me. In fact, I was so enamored with them that I oven roasted two cans a few days later to relive the magic. 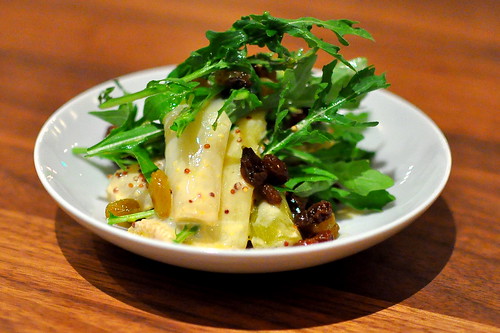 Served alongside the hummus were wilted leeks with whole grain mustard, raisins, and arugula. The leeks were sweet and sour, as promised, and even a little tangy thanks to the house-made mustard. 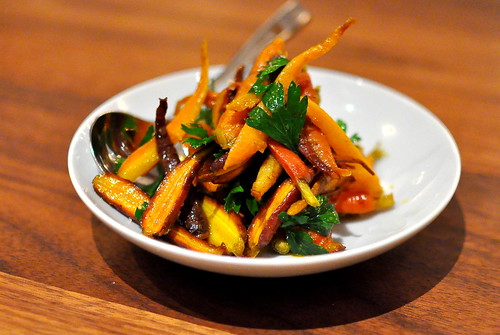 The final vegetable dish was simply roasted Windrose Farm carrots with parsley and charmoula. The orange and purple carrots were as sweet as can be and just snappy enough. 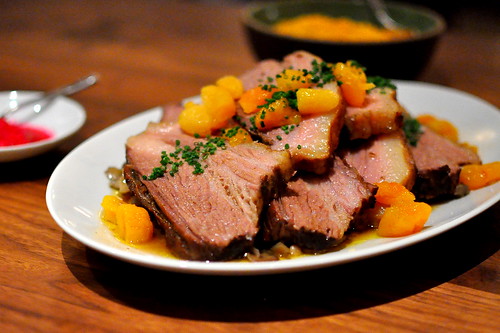 Moving on to the main course, we were served a tremendous platter of prime beef brisket garnished with chopped chives and re-hydrated dried apricots. Underneath the mountain of meat was a wild mushroom conserva imbued with sage.

While The Astronomer was perfectly content eating his meat straight up, I couldn’t resist pairing each bite with some beet juice-infused horseradish. The condiment’s slight heat jazzed up the brisket just the way I like it. 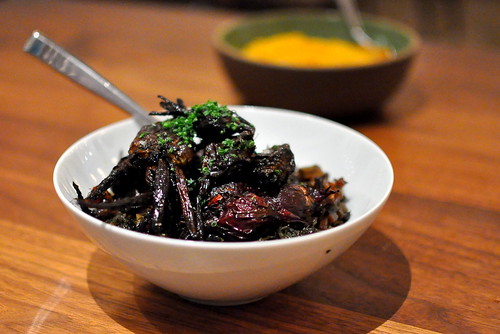 The main dish set an autumnal tone that carried over to the side dishes. The smashed beets weren’t much to look at, but their flavors and textures were appealingly rustic. Who knew beet stems and peels could taste so delicious? The beets were served on a bed of braised wild greens that reminded Kat and I of fried morning glory. 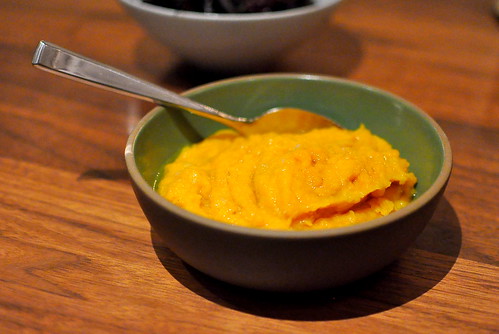 Also served on the side was a bowl of Shaner Farms butternut squash purée. The squash, which had a good bit of heft to it, was strategically sprinkled with coarse grains of salt. 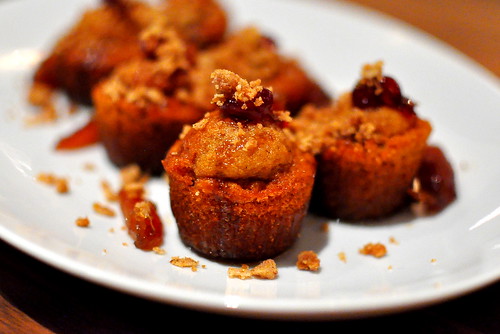 To finish, we were brought bite-sized honey cakes garnished with Flying Disc Ranch dates and an oat streusel. 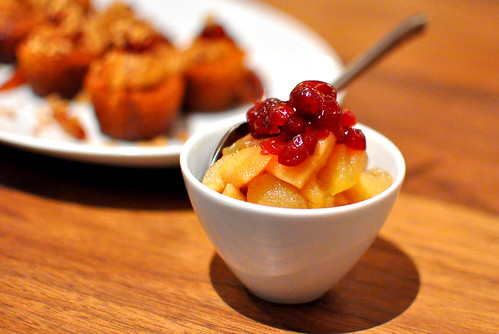 A small dish of poached apples with pickled dried cranberries was served on the side to brighten up the run-of-the-mill muffins.

My introductory dinner at Farmshop was a solid one. Every dish was executed and seasoned with skill, while the ingredients were pristine. I think that the difference between a good dinner and a phenomenal one comes down to what’s on the menu and one’s personal preferences.

While I like hummus, carrots, brisket, and muffins well enough, they don’t elicit the same kind of Pavlovian response as say, pate, corn, meatloaf, and doughnuts. To guarantee an all-out love fest next time around, I’m calling ahead to hear the menu. I don’t like to leave anything up to chance, especially dinner.