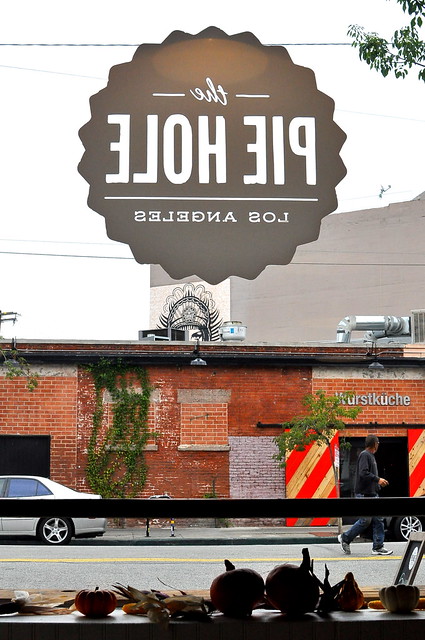 My sweets-obsessed friend Nastassia and I have been dying to try The Pie Hole ever since it opened for business a little over a month ago. After several weeks of pining and planning, our schedules finally meshed perfectly this past Friday. It was time to have our pie and eat it too. 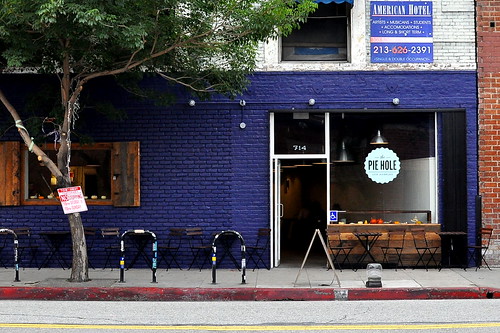 Rebecca Grasley and Matthew Heffner, a mother and son team, are the passionate pie slingers behind the cafe. All of the pies served here are made using Ms. Grasley’s recipes. She’s been baking for over fifty years and has won the best pie award at the New Jersey State Fair seven years in a row.

The recipes are executed by head pastry chef Adrianna Sullivan, who has worked in of some of the city’s best restaurants including Providence, Nickel Diner, and M.B. Post. 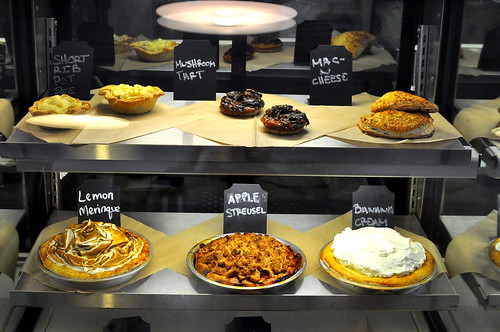 Nastassia and I arrived at the restaurant just before noon and headed straight for the pie counter. We each ordered a sweet one and a savory one. I was hoping for a slice of the chocolate peanut butter pie that Elina Shatkin wrote about in The Weekly, but alas, it was unavailable on this visit. Shucks. 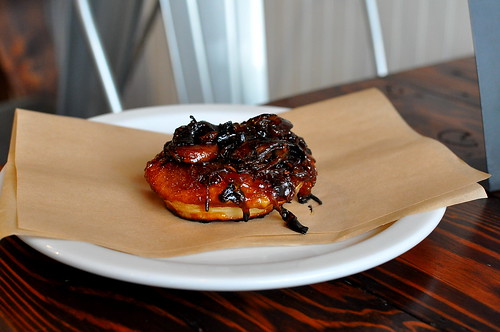 For my savory pie, I selected the Caramelized Mushroom Tart ($5). The base was comprised of an inverted sourdough puff pastry, while the topping was a confit of onions and mushrooms. I liked everything about this tart save for the onion’s nagging sweetness, which drowned out the mushrooms’ flavors completely. 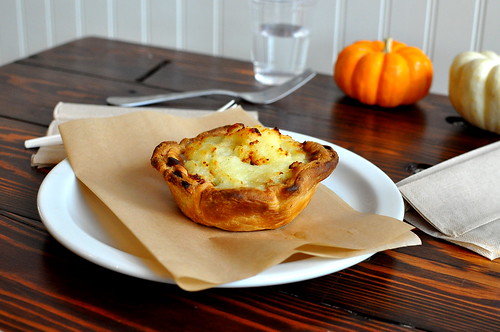 Nastassia’s Shortrib Pot Pie ($6.50) was a more well balanced creation. The crust was perfectly golden and buttery. The stewed shortrib filling came topped with a mountain of mashed potatoes. The proportion of potatoes to meat was slightly off kilter, but the seasonings were spot on. 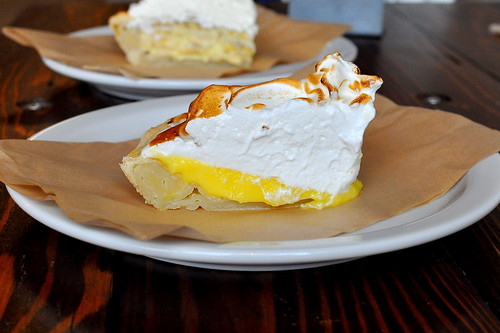 Moving on to dessert pies, I chose a slice of Lemon Meringue ($6). While the curd and meringue were both quite lovely, the crust was very much underdone. Instead of a flaky base to go with the smooth filling, we got a mouthful of raw dough. 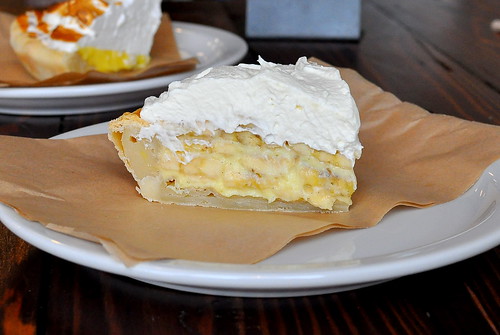 The story was the same with Nastassia’s Banana Cream Pie ($6). The pudding and banana filling couldn’t be beat, but once again the crust was pale and doughy. If it weren’t for this grave misstep, these pies would’ve knocked it out of the ballpark. 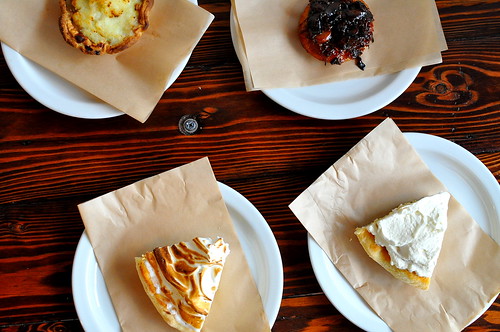