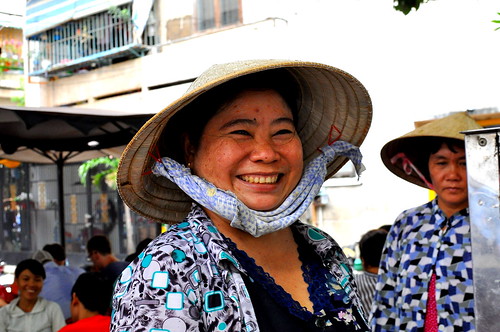 I’ve been thinking a lot about Nguyen Thi Thanh ever since departing from Saigon in the summer of 2008. In the three years since I first sat down to interview her, there’s no doubt that her life has changed. In a corner of the city previously unknown to tourists, she now finds herself dishing up noodles to a steady stream of Anthony Bourdain fans. These days, it seems that a trip to Saigon isn’t complete without bargaining in Ben Thanh Market, flagging down a cyclo for a rusty ride, and sitting on a stumpy stool slurping up a Lunch Lady-made noodle soup. 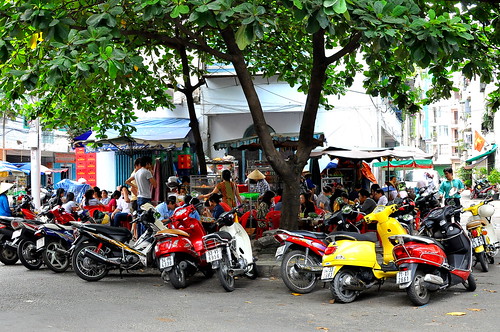 I have often wondered how the Lunch Lady’s livelihood and that of her tight-knit community have been impacted by the fame and influx of foreign dollars made possible by modern travel journalism. Have her prices skyrocketed? Is her cooking watered down? Mostly, I wondered if I messed up something really great by blabbing about it to someone who had access to a global audience. 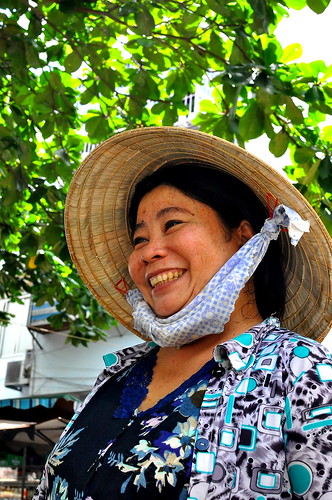 I found the 46-year-old proprietress more or less unchanged since we last met. She was clad from head to toe in a colorful do bo (Vietnamese pajamas) with a well-worn non la (conical hat) atop her head. Her smile was as big as ever. Nearly every table was occupied on this sunny afternoon, which meant that she and her team of workers were up to their ears in orders. 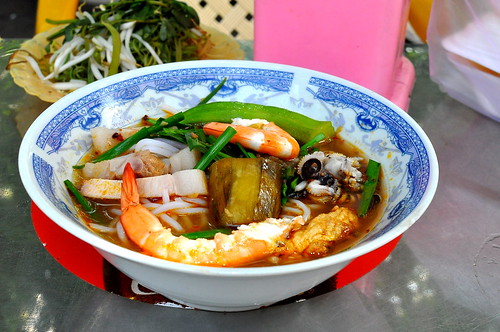 The Astronomer and I grabbed an open table and we each ordered a bowl of the day’s special, bun mam, which I remembered her preparing every Thursday. The broth was complex and heady, while the noodles were smooth and slurpable. The bits of pork belly, shrimp, okra, fish cakes, and squid made every bite an event. As far as I could taste, notoriety hadn’t muted the Lunch Lady’s bold flavors at all. Whew. 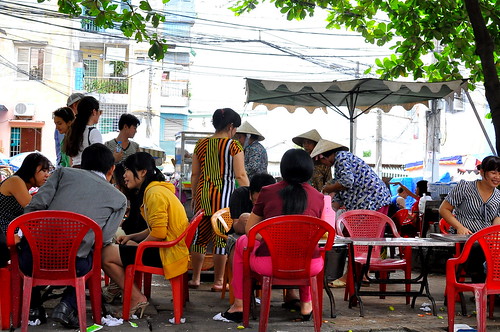 When the crowds began to thin, Nguyen Thi Thanh came over to chat about her life after Bourdain. For starters, she sells a lot more noodles than she used to. Prior to appearing on No Reservations, she averaged about 100 bowls each day. These days, she sells 130 to 140 bowls during service, and even more if a tour bus rolls into her shady courtyard. To accommodate the larger crowds, she has expanded from 10 to 16 tables.

The Lunch Lady’s clientele is a mix of Vietnamese office workers and adventuresome Bourdain fans. During the three occasions that we visited her stall this past September, there was always a table or two filled with tourists. Since there’s only one type of soup served each day, the language barrier and lack of menus isn’t an issue. However, I got the sense that drinks and desserts from nearby vendors were often bestowed upon these happy-go-lucky travelers whether they ordered them or not. 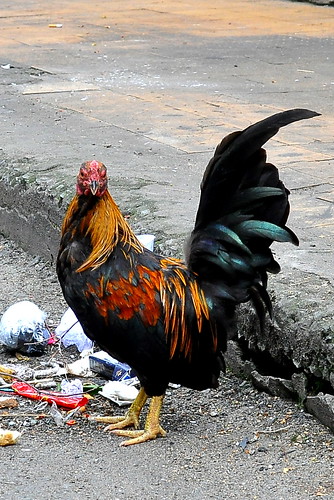 The menu has undergone a few minor changes as well. She’s added chicken and beef pho to the rotation at the request of Viet kieu (“overseas” Vietnamese) and other foreigners. She’s also devised a different pricing scheme for locals and tourists. Locals, mostly nearby office workers,  are charged 20,000 VND per bowl, while tourists are charged 25,000 VND and given extra noodles and meat. 5,000 VND is roughly equivalent to 25 cents, which isn’t a big deal for those dealing in dollars. 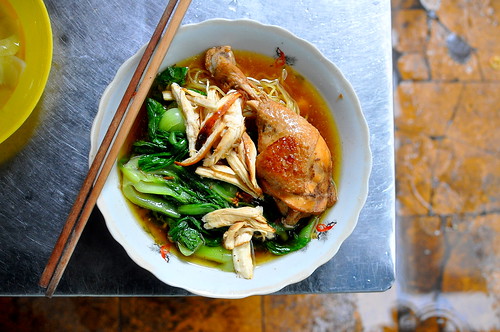 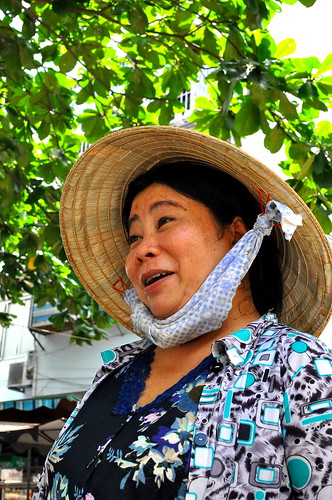 Professionally, Nguyen Thi Thanh is on top of her game, but personally, things haven’t changed very much. She, her husband, and her 16 year old daughter are still living with her sister because housing prices in Saigon are currently out of reach. The only splurge she’s allowed herself thus far is a karaoke machine; she likes to belt out the oldies in her free time. And speaking of, she has given herself one day off each week. On Sundays, her older sister prepares and serves the hu tieu nam vang, while she kicks back and relaxes. 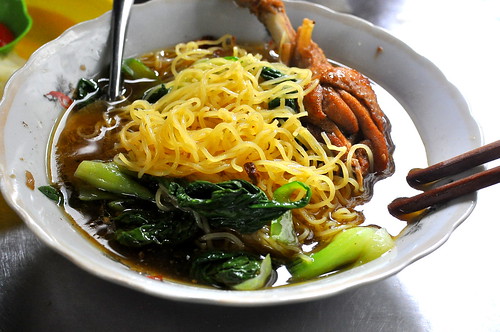 In this corner of Saigon, things haven’t changed as drastically as I initially feared. Aside from the dozen or so tourists that seek out the Lunch Lady’s stall each day, business continues as usual. Before we parted ways, Nguyen Thi Thanh asked me to publish her email address: lunchlady1012 [at] yahoo [dot] com. To all the tourists that have visited the Lunch Lady and snapped a photo with her, she’d love to see it.

33 thoughts on “Life After Bourdain: Reuniting with the Lunch Lady”