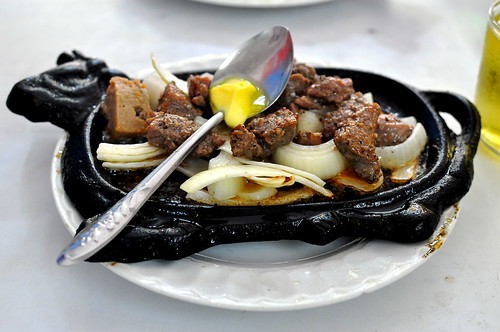 Much to The Astronomer’s dismay, traditional steakhouses just aren’t my thing. While I can appreciate a slab of meat as much as the next carnivore, I’d rather sink my teeth into noodles, fried chicken, sushi, and the like whenever we eat out. However, there is one worthy exception to my general sentiment: Vietnamese-style steak. It’s hardly the tenderest cut or preparation, but the flavors and fixings make it impossible to resist. 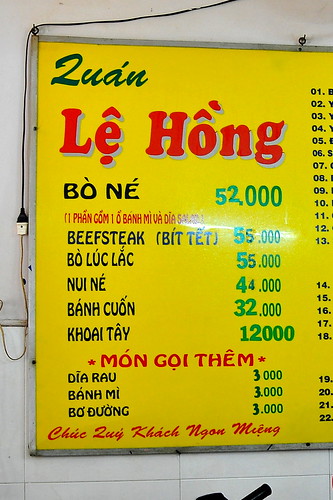 An expat magazine pointed The Astronomer and me to Lệ Hồng, a popular steak shack hidden away in Phú Nhuận District. We came for lunch and dined amongst local office workers, as well as a dozen motorbikes because the dining room doubled up as a parking lot. 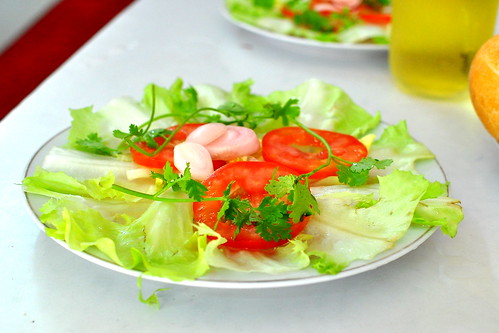 Each order of steak comes with a simple side salad made of iceberg lettuce, pickled shallots, sliced tomatoes, and cilantro sprigs. The vegetables are lightly dressed in a vinaigrette made from white vinegar. 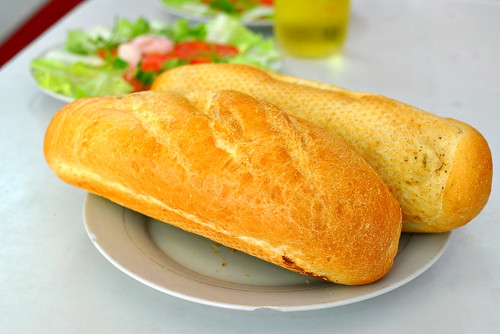 Warm and crusty baguettes are also included with each order for sopping, dipping, and filling up tummies. 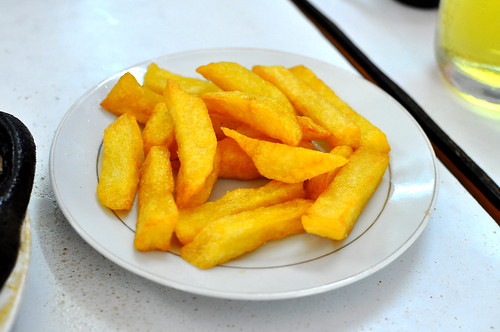 To supplement our salads and baguettes, we also ordered a plate of khoai tay (French fries). Even though the spuds weren’t uniformly cut, each one was crisp and golden. No ketchup necessary. 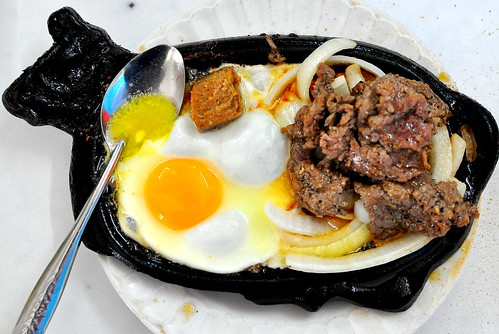 The best part of Vietnamese-style steak is that it is presented on a cow-shaped cast iron skillet. My bo ne, which included sliced steak seasoned with salt and pepper, a sunny up egg, sauteed onions, pate, a few shakes of Maggi, and a spoonful of margarine, landed on the table sizzling and bubbling from the stove’s residual heat.

I tore off a hunk of baguette and went to town on the platter—breaking the yoke, smearing the pate, and soaking up the meat’s juices. It hit the red meat spot and then some. 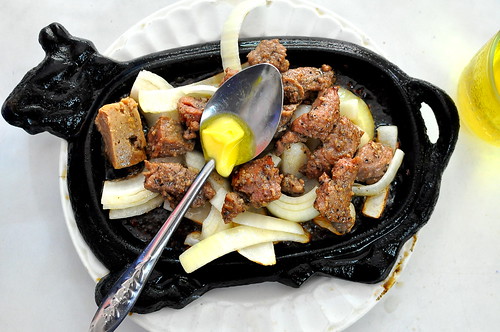 The Astronomer ordered the bo luc lac without an egg. The steak was cubed rather than thinly sliced, while the fixings remained the same.

Now, if American steakhouses adopted some Vietnamese embellishments, I might be inclined to dine there more often. Steak was made to be served with pate, baguettes, and a runny egg.

10 thoughts on “Vietnamese Steak and Eggs at Quán Lệ Hồng”