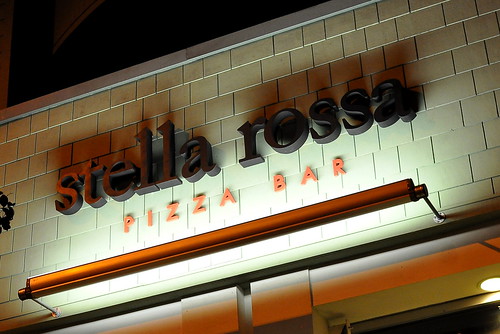 Pizza dates are the best. Whether with a friend or lover, a feast of pies all but guarantees a hearty spread, fair prices, and best of all, leftovers for breakfast.

The Astronomer and I headed to Stella Rossa Pizza Bar in Santa Monica for our latest pizza date. Though barely six months old, the restaurant has made quite an impact on the city’s pizza scene. In fact, one old school restaurant critic even declared Stella’s pizzas some of the best in the world. 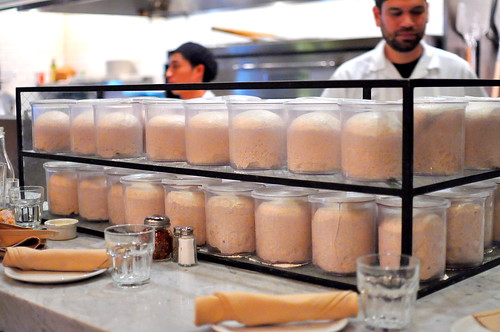 The restaurant’s open kitchen is headed by Chef Jeff Mahin, a Cal grad who’s worked in some mighty fine kitchens including L2O, The Fat Duck, Nobu, and Arzak.

The key to Stella’s stellar pizzas is the dough. Made from milled flour from the San Joaquin Valley, filtered water, sea salt, and fresh yeast, the dough rests and ferments for thirty hours in special jars. 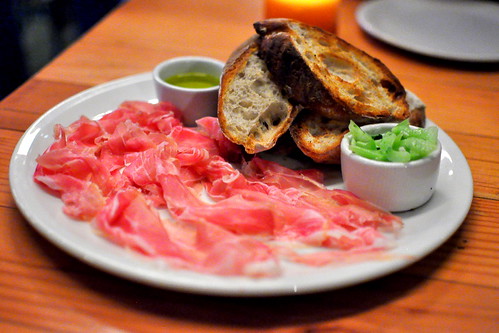 To start, The Astronomer and I shared the prosciutto plate ($12.95) from the “For the Table” section of the menu. Pork products from La Quercia never fail to make me weak in the knees, and these silky slices of prosciutto rossa were no exception. The Astronomer and I were also taken by the amazing house-made bead dipped in Olave olive oil from Chile. All in all, this was a killer starter. 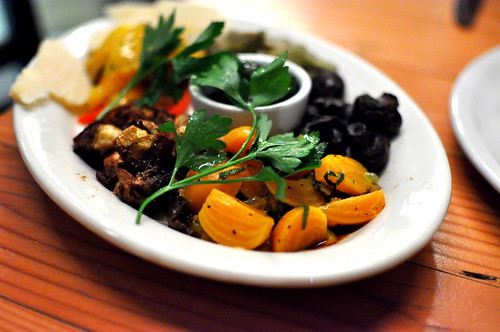 We also shared an antipasti plate ($10.95) comprised of local vegetables including golden beets with mint and citrus, roasted Brussels spouts, yellow bell peppers, artichokes, and green olives. Hunks of Pecorino provided a salty counterpoint. After polishing off the rainbow of vegetables, we were ready to pig out on pies. 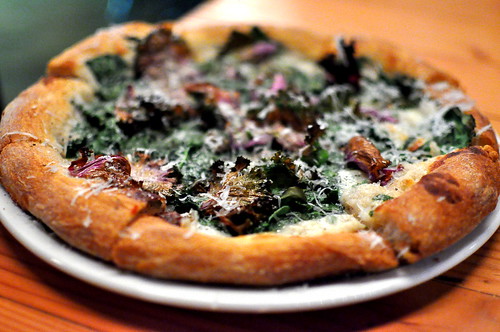 The first pizza out of the Baker’s Pride gas oven was the Bloomsdale Spinach with crispy purple kale, young Pecorino, cracked black peppercorn, and a drizzle of extra virgin olive oil ($13.95). 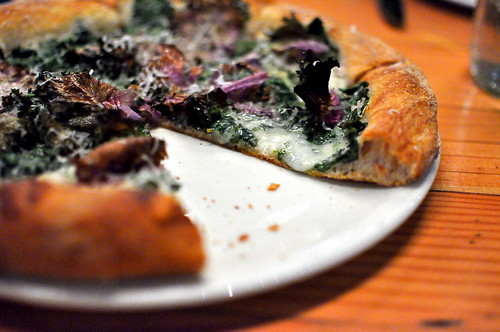 The interplay between the wilted spinach, toasty kale, and mild cheese was a delight. But come to think of it, the crust was so crazy delicious that just about anything on top of it would’ve tasted pretty damn good.

I admired how the crust was perfectly crisp without any bitter charring and possessed genuine heft. For a gal who loves her carbohydrates, it was a pleasure getting down to the end of each slice. I also liked how the crust held up to the toppings like a champ; there weren’t any soggy first bites to speak of. 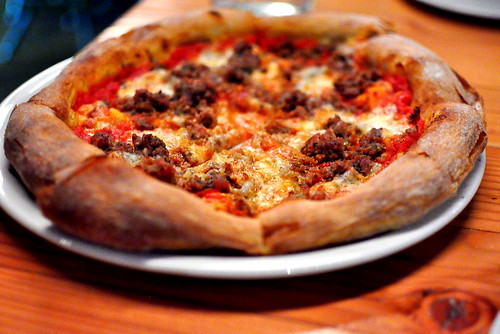 Our second pizza was the House-made Organic Italian Sausage with tomato, fresh mozzarella, oregano, and fennel pollen ($14.95). With its perfect crumbles of sausage and tangy tomato sauce, this pie was our favorite pie of the night. 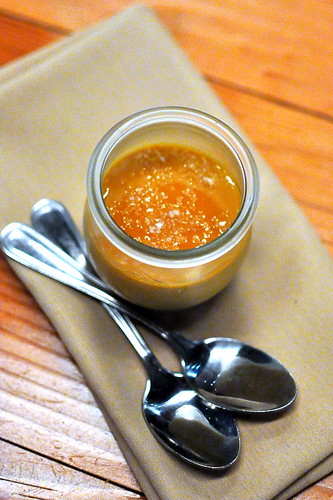 To finish, we shared a Salted Caramel Pot de Crème. The thick and rich pudding came topped with a layer of caramel and flaky salt. I melt for desserts like these.

Pizza dates are the best.