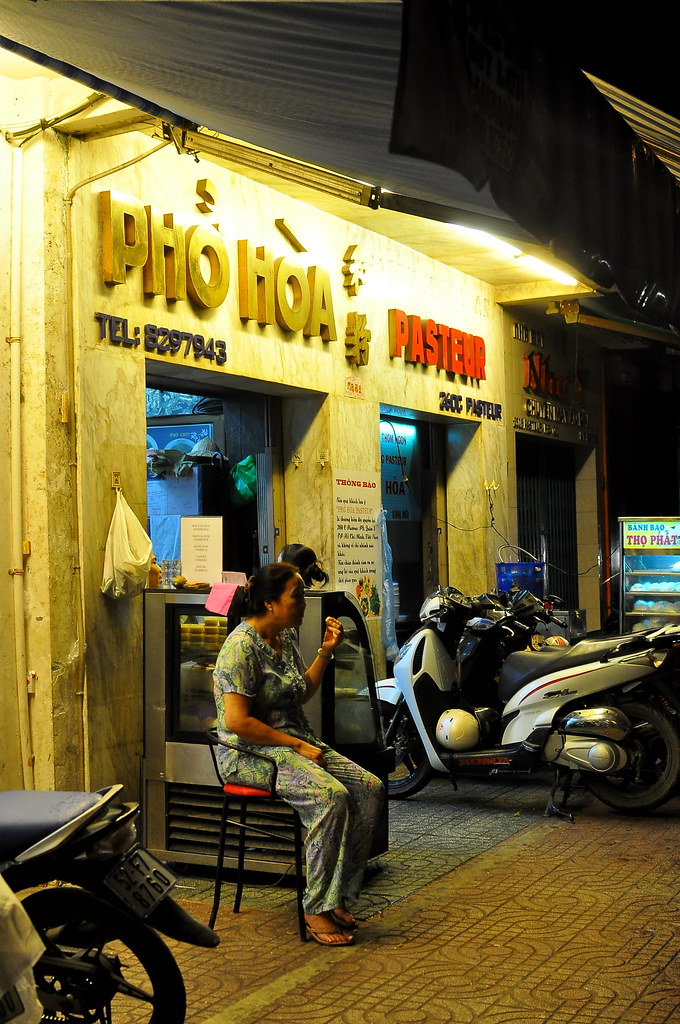 Have you ever noticed that almost every Vietnamese restaurant in America is named either Phở Hòa or Phở Pasteur? Growing up, my family’s two favorite spots in San Diego for Vietnamese food were Phở Hòa in City Heights and Phở Pasteur in Clairmont. It turns out that these restaurants, and hundreds just like them, were channeling Phở Hòa Pasteur, the most famous noodle shop in Vietnam. 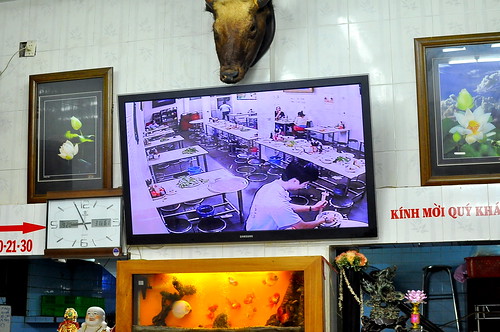 From what I gathered talking to Mom and sleuthing around the Internet, Phở Hòa Pasteur has been around for forty-some-odd years. It began as a popular street stall catering to the evening crowd and eventually grew into a revered establishment frequented by locals and tourists alike. It currently occupies a two-story space across the street from The Pasteur Institute, which the street is named after.

In addition to the usual lotus blossom and waterfall paintings adorning the walls, the restaurant has installed a flat screen television to keep tabs on customers seated on the second floor. Now, that’s a first. 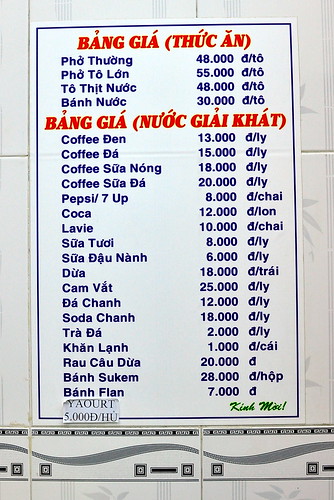 The menu here is concise, with diners only choosing whether they want a regular or large sized bowl. Low carb (no noodles) and high carb (no meat) options are also available. Phở Hòa Pasteur charges nearly twice as much as neighboring shops due to its famed status. 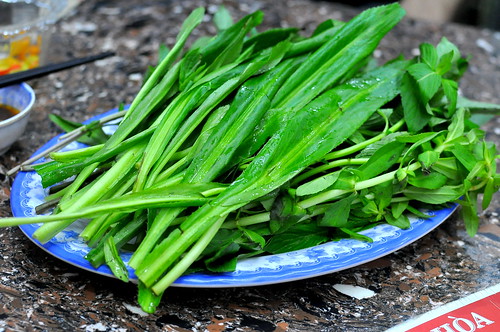 On our table was a plate of fresh greenery including basil, sawtooth herb, and rice-paddy herb. 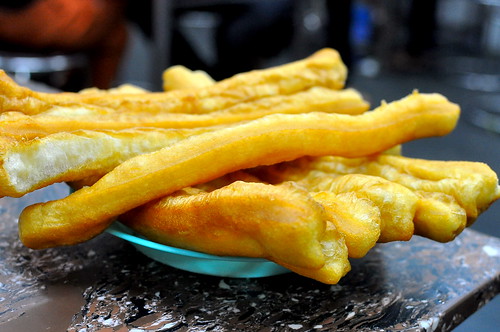 There was also a plate of gio chao quay (Chinese fried dough sticks), which I’d never had served alongside phở before. I’m a purist in situations like these, so I refused to eat them with my noodles. The Astronomer, on the other hand, couldn’t resist dipping the dough into the broth. 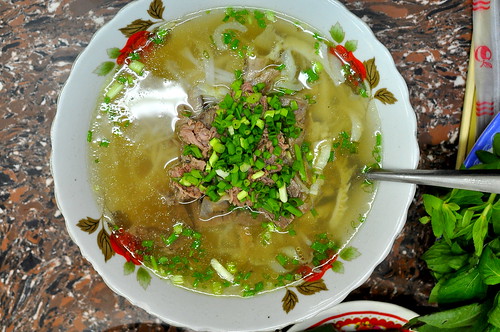 Our bowls of phở came topped with thin slices of rare beef and a fistful of scallions and cilantro. Mine had a bit of tripe in it as well because I’ve got a thing for stomach lining. After plucking in herbs and squeezing in lime juice, I was ready to dig in. 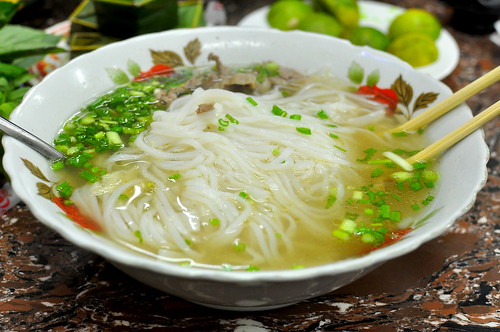 The broth was clear and balanced, while the noodles were fresh and soft. What struck The Astronomer and me about our bowls was how similar they tasted to ones we eat in Southern California. It turns out that the Phở Hòas and Phở Pasteurs that line our boulevards stateside draw more than just their names from this iconic noodle shop—their flavors are so very Saigon as well.

Funny how a bowl of phở in Vietnam can take me back to Cali.