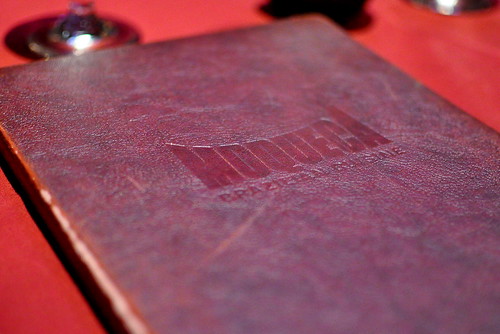 Aside from eating apple fritters the size of a small island nation while visiting the Central Coast, The Astronomer and I also indulged in a seafood stew called moqueca from Moqueca Brazilian Cuisine. I would have never found this out-of-the-way restaurant if it weren’t for my friend Bill of Street Gourmet L.A. I mean, sleepy surfer towns and authentic Brazilian fare don’t exactly go hand in hand, you know? 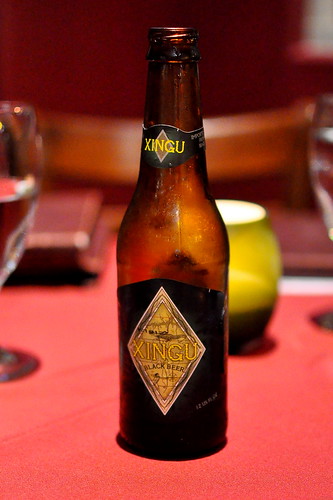 To begin, The Astronomer ordered a bottle of Xingu beer. The dark and spicy Brazilian tipple fit his mood and palate perfectly. 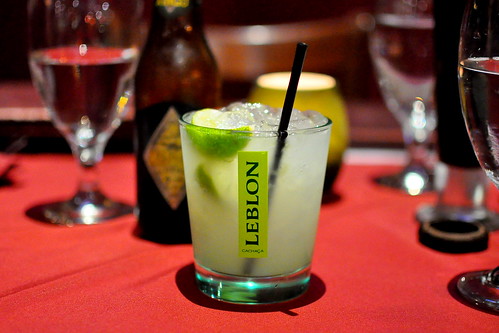 I took Bill’s advice and ordered a caipirinha, Brazil’s national cocktail. It was made with cachaça (sugar cane rum), sugar, and lime—simple, refreshing, and strong. 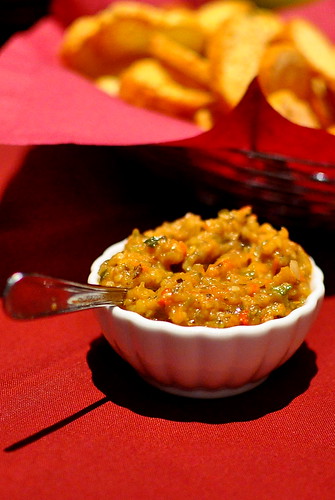 While we sipped our beers and cocktails, a complimentary bowl of beringela, a chunky and mildly flavored eggplant spread, was brought to the table along with toasted French bread rounds for dipping. 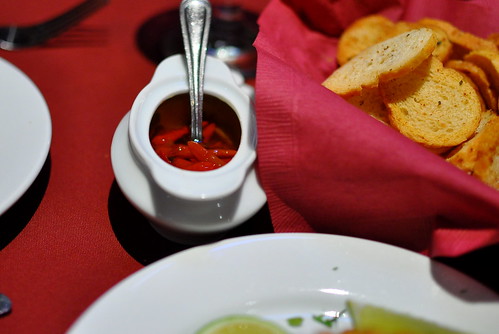 A few drops of malagueta pepper oil transformed the beringela from ordinary to extraordinary. Make sure to ask for this condiment if it does not appear at your table. Its fiery burn is irresistible. 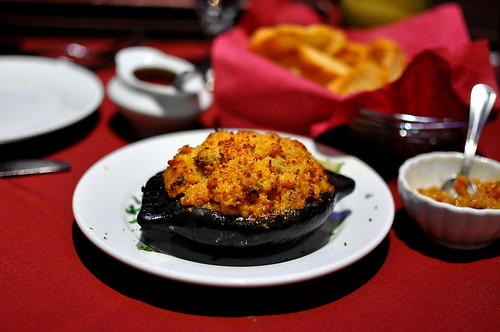 In addition to the complimentary appetizer, we also ordered the casquinha de carangueijo ($6), a warm dip comprised of crab meat baked in a moqueca with cream cheese and topped with Parmesan. We mounded the rich mixture onto toast rounds, gave it drizzle of the malagueta pepper oil, and went for gold. 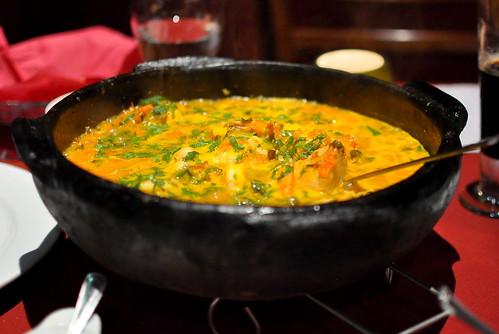 The kitchen timed the arrival of our moqueca perfectly. As soon as we finished off the casquinha de carangueijo, our moqueca de peixe com camarão ($44) was brought to the table.

Moqueca, a regional specialty of Espirito Santo, is a luscious and satisfying stew made of seafood marinated with garlic and lime juice, cooked in a clay pot with tomatoes, cilantro, onions, urucum essence, coconut milk, and olive oil. Tonight’s fish offering was shark. 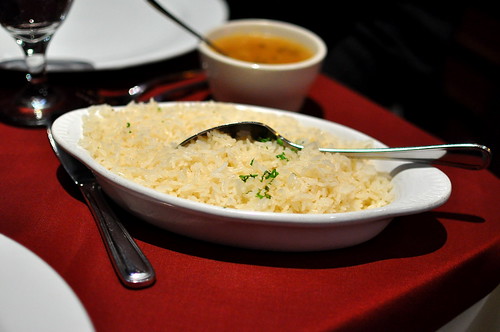 Served over rice with a spoonful of pirão (fish stock thickened with yucca flour), the moqueca was hearty, complex, and soul-penetratingly warming. The brightness of the lime juice made every bite pop. 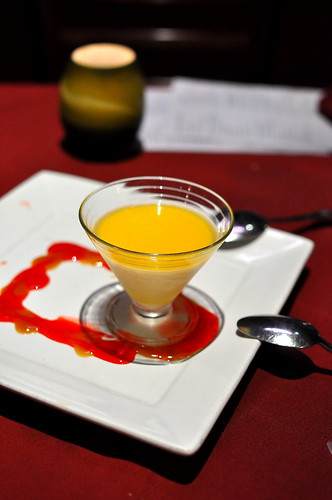 For dessert, we shared the mousse de maracujá ($7). The passion fruit mousse was too sugary for our tastes, but it’s always nice to end a meal on a sweet note. Even if it’s a little too sweet.

Oxnard, California: The land of strawberries, surfers, and moquecas.