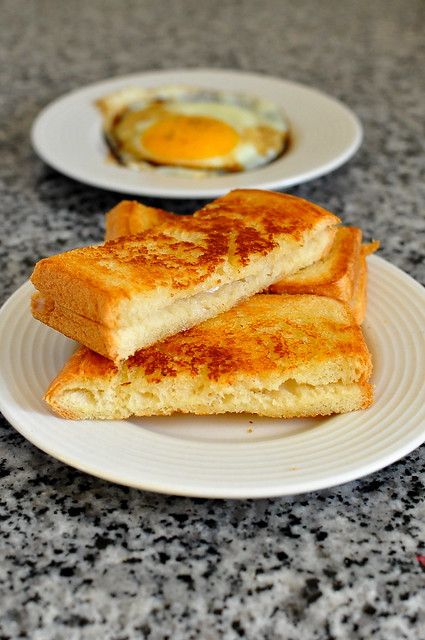 I cannot stand to throw away food. Whether it’s a half bunch of parsley or or a half-eaten slice of pizza, having perfectly good food tossed in the trash pains me in a very real way. I attribute this compulsion to my mother and grandmother, who forced me to eat every last grain of rice while growing up.

After making a warm coconut rice pudding the other week, I was left with a half can of coconut milk that seemed to stare at me every time I opened the fridge, threatening to go bad at any minute. I could’ve made a Thai curry or soup, but a few measly ounces was not enough, and I wanted to avoid opening up another can of worms, if you know what I mean.

After racking my brain and the Internet for ideas, I found the solution to my coconut milk predicament: Kaya Toast.

Kaya Toast is a popular snack in Singapore and Malaysia comprised of coconut jam sandwiches served with sunny eggs drizzled with soy sauce. I’ve eaten this fabulous sweet and savory creation at a number of restaurants including Susan Feniger’s Street, The Spice Table, and Jitlada, but never considered making it at home until I found this super-easy coconut jam recipe from my friend Sarah.

Sarah’s original recipe calls for a full can of coconut milk, but I scaled down the proportions using simple ratios. After the jam came together, I toasted up some buttered bread, spread on a thick layer of sweetness, and sandwiched everything up nicely. A fried egg with a dash of white pepper and a slick of soy sauce was all that was needed to complete the package.

When life gives you a half can of coconut milk, make Kaya Toast. 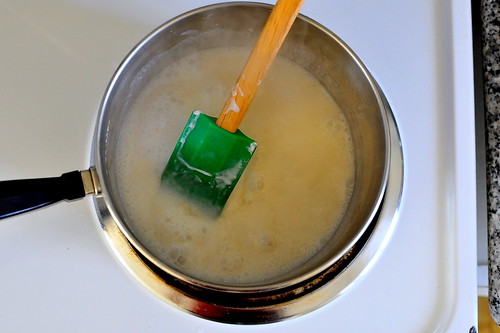 Combine the coconut milk and sugar in a large saucepan. The jam will bubble and boil intensely as it cooks, so make sure to choose a vessel that is much larger than its contents.

Boil the mixture over medium to medium-high heat until the jam reduces by about half and coats the back of a spoon, about 15 minutes. 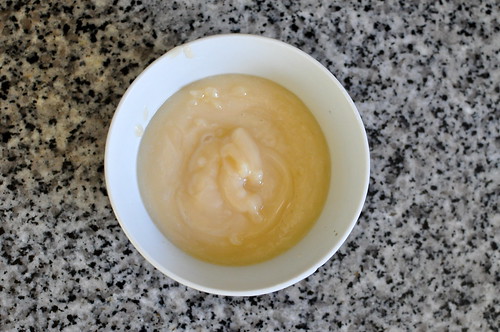 Transfer the jam to a bowl and set aside to cool. The jam will continue to thicken as it cools. 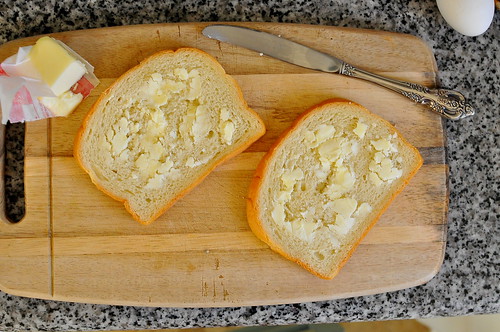 Spread an even layer of butter on to one side of bread. 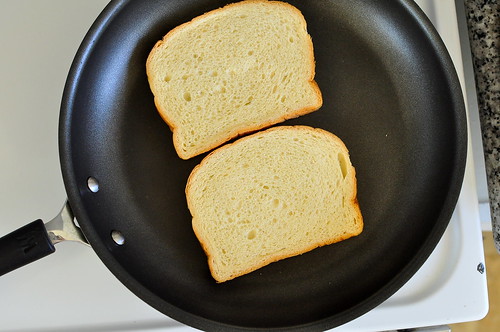 Over medium heat, toast the bread (buttered side down) using a non-stick skillet. Once the toasted side is golden, remove from heat and set aside. 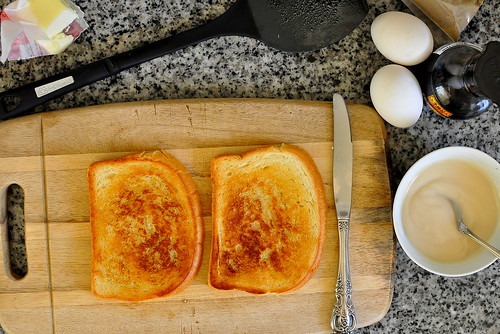 Spread the coconut jam evenly over both slices of bread on the untoasted side. Place one slice of bread over the other to form a sandwich. Slice the sandwich into thirds or sixths, depending on the size of the bread. 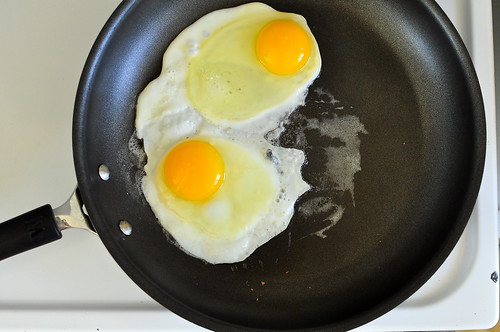 Using the same skillet as before, gently fry the eggs until the whites are just set and the yolk is still runny. Transfer the eggs onto a plate and sprinkle with white pepper and a pour of dark soy sauce.  To enjoy the Kaya Toast, use the sandwich wedges to break the yoke and scoop up the egg mixture. 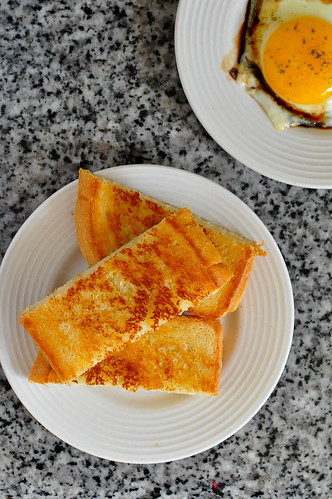