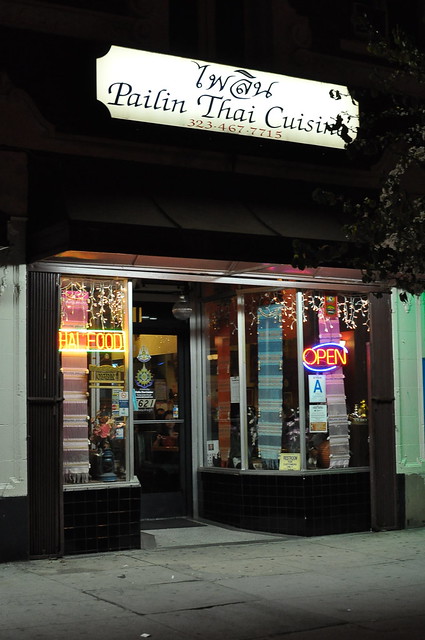 My Thai food cravings can swing one of two ways: familiar or foreign. Sometimes I want to cozy up to my standbys, while other times I desire something sassier and spicier than just pad Thai.

When the latter feeling hits, I find my way to Pa-Ord for crispy pork and boat noodles, Jitlada for green mussels and crispy morning glory, and most recently, Pailin Thai Cuisine for fermented meatballs and curry noodles. 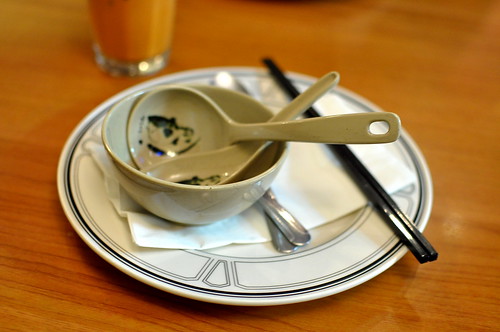 A series of appetizing posts from Sino Soul inspired me to seek out Pailin’s Northern Thai cuisine. The homey restaurant was humming when The Astronomer and I came in for a weeknight dinner. We settled into the booth closest to the stacks of Thaitown directories. 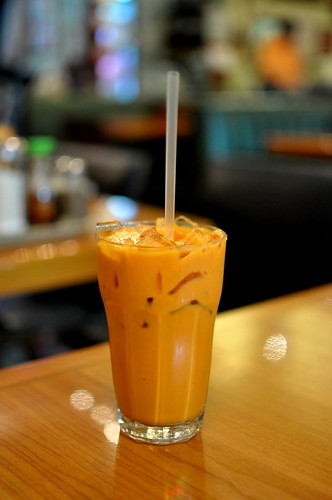 Even when I’m in the mood for novel Thai offerings, I can’t resist ordering a Thai iced tea for its creamy sweetness and dependable spice-squelching properties. 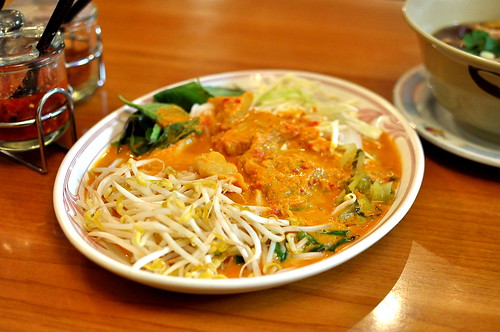 The prices were so reasonable that The Astronomer and I ordered enough food for a party twice our size. The first dish to land on the table was the kanom jeen nam ya, a fish curry served with rice noodles. In addition to the curry and noodles there were snappy bean sprouts, shredded cabbage, Thai basil, and pickled mustard greens.

We were instructed by our waiter to combine all of the ingredients thoroughly before digging in. At first taste, the red curry didn’t register much spiciness, but the heat really crept up as we continued to eat. The bite-sized fish filets were impressively tender. 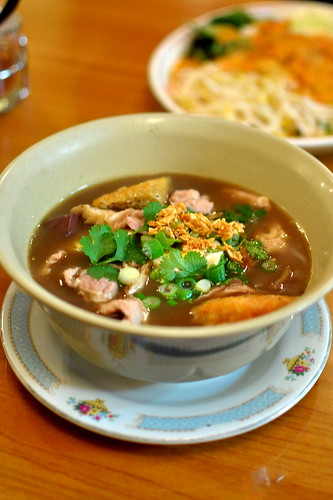 My favorite dish of the night was a murky noodle soup called kway chap. The broth was reminiscent of boat noodles, but less spicy and quite possibly more funky. 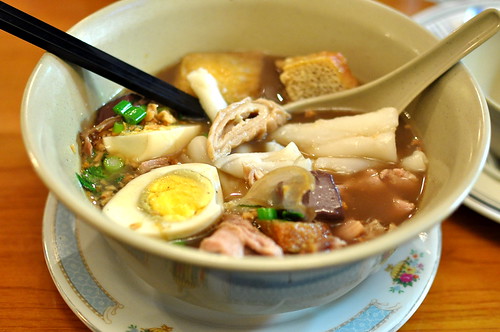 The odds and ends swimming in the soup made every bite a treat. There were cubes of deep-fried tofu, congealed blood, a hard boiled egg, livery bits, pork rinds, scallions, slices of beef, and fried shallots. Best of all were the tightly coiled rice sheets; I’d never experienced noodles quite like these. 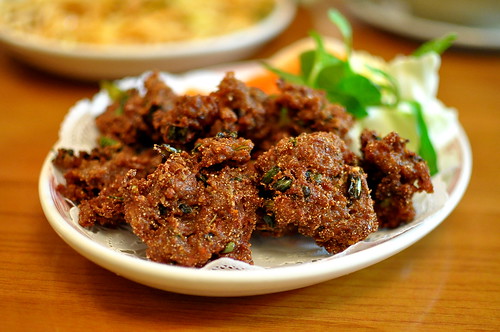 We were hoping to enjoy the deep-fried larb balls as an appetizer, but they arrived with the main courses instead. The pork nuggets were fried to perfection without a trace of grease. The flavor was sour all the way, with a tinge of what can only be described as “onion ring essence.” The Astronomer and I really loved this dish. 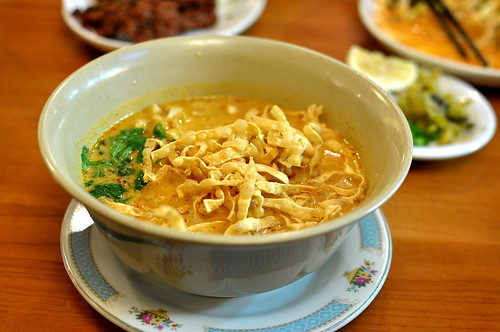 Our final course of the night was the khao soi noodles, a Burmese-influenced dish comprised of curly egg noodles in a curry and coconut cream sauce. The bowl came garnished with green onions and fried egg noodles.

As expected, the khao soi noodles were extraordinarily rich and intensely comforting. The spark from the galangal and kaffir lime leaves brightened the bowl and seduced The Astronomer. 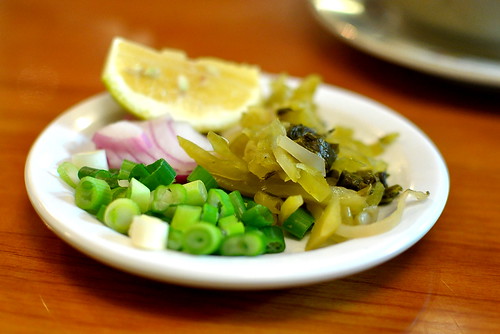 Pickled mustard greens, scallions, a lime wedge, and chopped red onions were served alongside the khao soi to further spruce up the weighty sauce.

The northern Thai fare served at Pailin rocks the palate with its big, bold flavors. This spot is absolutely perfect for those moments when I’m craving a mealtime adventure.