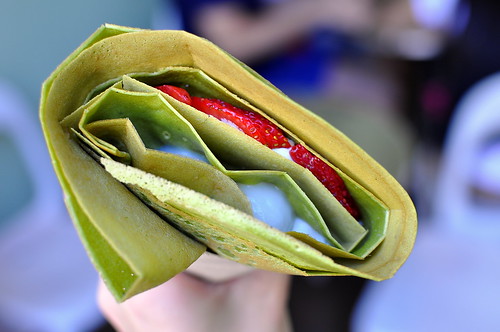 Rio Hirashima wasn’t taken with the crepes he encountered in Los Angeles when he arrived here in 2005. Instead of the springy, stretchy, conical specimens that he was used to in Japan, he found traditional French ones that were perfectly nice, but hardly a taste of home. Rather than wait for sporadic trips back to Japan or for someone to fill the niche, Mr. Hirashima took matters into his own hands and opened Harajuku Crepe in 2009. 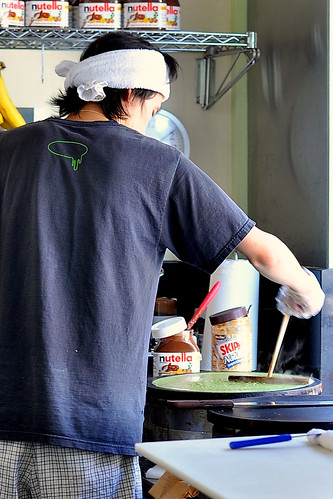 While French crepes are mostly sit-down affairs, the Japanese style is a portable creation wrapped in paper and rolled into a cone. The batter, which is available in green tea, Earl Grey, buckwheat, and original, is made from mochi (glutinous rice powder), which yields a crispy and elastic texture like no other crepe around. Fruits (bananas, strawberries, blueberries, raspberries, apples), sauces (nutella, chocolate, caramel, peanut butter, jam), ice cream (vanilla, chocolate, green tea, strawberry), and homemade whipped cream add the final flourishes.