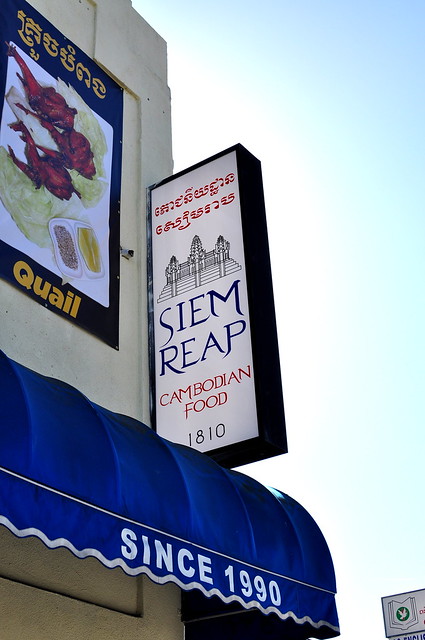 Khmer cuisine hasn’t quite hit the mainstream like the food of its Southeast Asian neighbors, namely Thailand and Vietnam, but here in the heart of Long Beach’s Cambodia Town, the country’s robust cooking is celebrated on every corner. Siem Reap, a grandiose restaurant decked out with a full bar and dance floor, composes classic Khmer dishes that display as much flare as the ambiance. 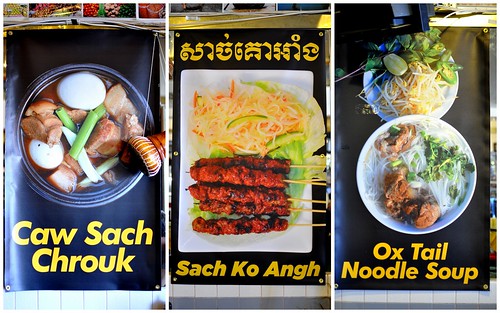 While the menu lists dozens of Thai and Chinese-American dishes, it’s Chef Huey Be’s Cambodian specialties that are really something special. The walls and windows both outside and inside the restaurant are covered with blown up images of Khmer classics to guide those new to the cuisine.

Our waitress was sweet enough to walk me through the specialties, literally, and from those I selected three dishes that sounded delightful. 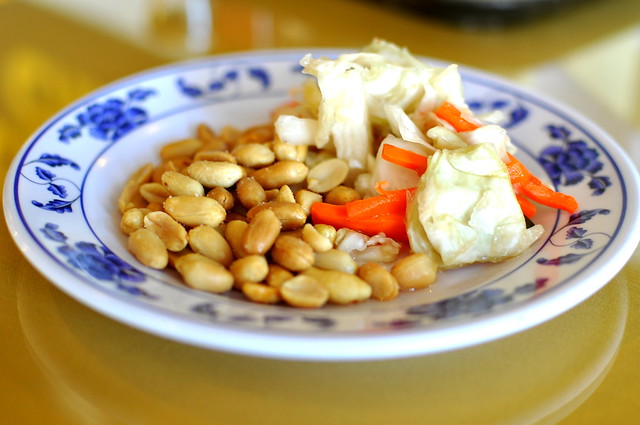 As we waited for the food to be prepared, The Astronomer and I snacked on complimentary sweetly pickled cabbage and carrots served with a side of salty peanuts. 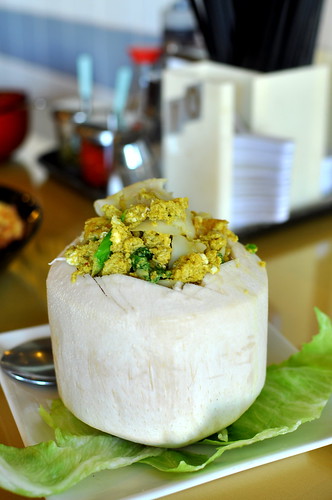 The first dish to arrive was the amok trey, a steamed curried fish steeped in coconut water. It was served festively inside a young coconut.  The flavors were mostly subtle yet satisfying; the bits of coconut meat throughout were an especially lovely touch. 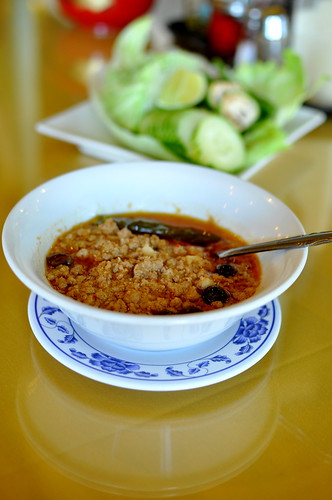 The Astronomer and I particularly loved the prahok ktis, a ground pork curry made with coconut milk and itty bitty eggplants. While the curry was a fiery shade of orange, its flavors leaned toward creamy and savory with a subtle touch of sweetness. 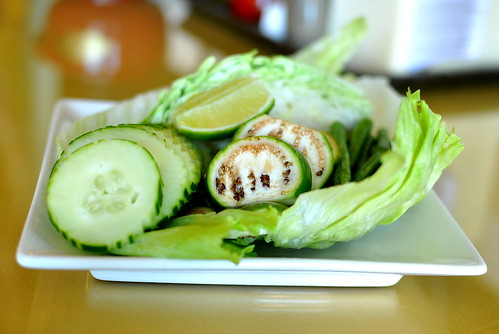 While The Astronomer spooned the prahok ktis over steamed rice, I preferred to dip the snappy cucumbers and eggplants served alongside for a wonderful contrast between cool and hot. 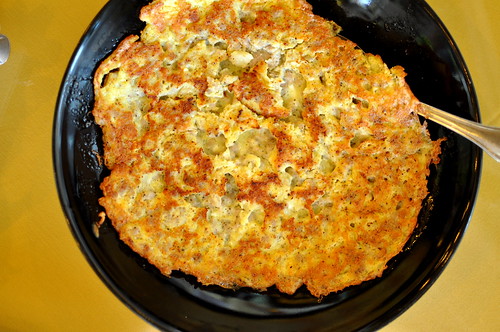 The trey pro ma chian, a fluffy omelet embedded with finely minced fermented fish and garlic, rounded out our stellar lineup. The salty and funky omelet was meant to be mellowed out with rice, but I loved the flavors so much that I didn’t bother with a buffer. 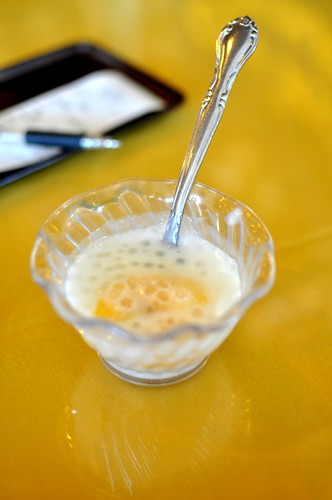 A complimentary dessert comprised of sweetened coconut milk, tapioca balls, and bananas was served at the end of the meal. 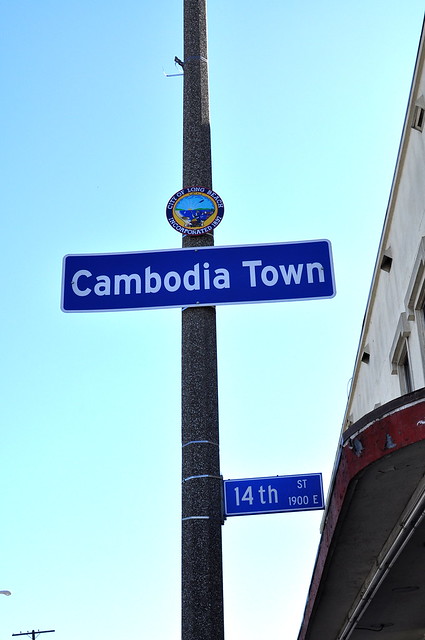 Book research has taken me to spectacular swaths of Los Angeles that I’d always desired to visit but previously neglected due to distance. Long Beach’s Cambodia Town was one such gem. The warm hospitality and delicious food that The Astronomer and I received at Siem Reap made a serious impression on us. You bet your boots we’ll be back for more.
—