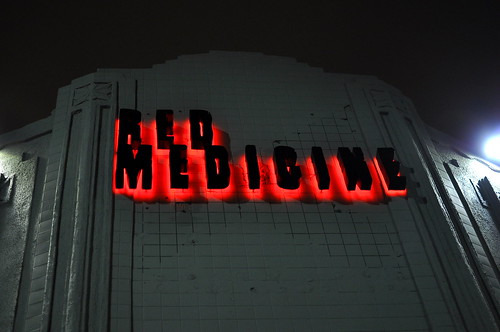 It’s a crying shame that Red Medicine got off on such an awful foot during its early days. First there was the uproar over the communist propaganda-inspired logo emblazoned with Ho Chi Minh’s face, which was followed by the brouhaha for exposing and ejecting the Los Angeles Times restaurant critic.

These events kept me and my curiosity at bay for quite some time, but I’m glad that I finally pulled up a seat at this “Vietnamese punk” establishment, because Chef Jordan Kahn‘s cooking is some of the most modern, forward, and interesting fare that I’ve ever experienced in Los Angeles. 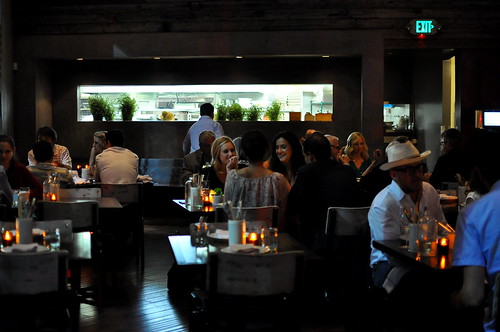 As its manifesto declares, “This is not a traditional Vietnamese restaurant.” Instead, Chef Kahn, the former pastry chef at the French Laundry, Per Se, and Alinea, picks and chooses flavors and ingredients from the cuisine that inspire him to create dishes that are as pleasing to the palate as they are to the eye. 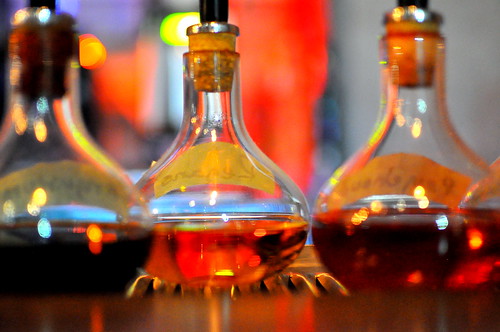 My friend Diep and I grabbed two seats at the bar and proceeded to order cocktails, a duo of dishes, and dessert. We had just come from a taco binge on the corner of Venice and La Brea, so this was the perfect way to get our feet wet without committing to an entire dinner. 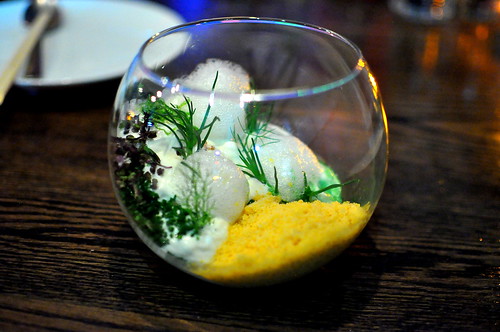 I had heard that some of the chef’s best work was centered on vegetables, so we ordered the “Corn” to start. Summer’s sweetest ears were presented in a terrarium prettied with herbs, custard, and frozen sea urchin powder. After mixing it all together like our waitress instructed, we were treated to a cold, smooth, unexpected, and undoubtedly delicious take on corn. 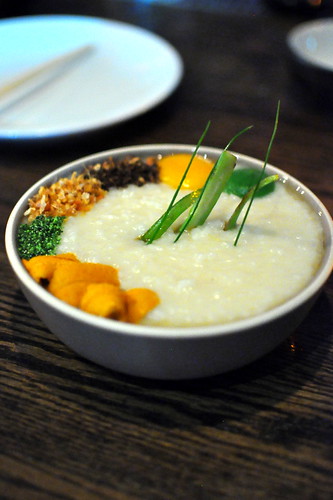 Next up was the “Heirloom Rice Porridge” adorned with a single egg yolk, hazelnuts, broccoli, and sea urchin. It was easily the priciest bowl of chao in town, but with richness and depth reminiscent of an Italian risotto, it was worth it. This was pure comfort in a bowl. 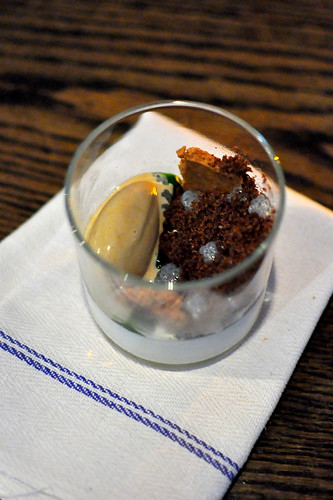 Desserts are the chef’s forte, and the “Coconut Bavarois,” a creamy, well-balanced mouthful with hints of coffee, condensed milk, and Thai basil, didn’t disappoint. While Diep was enamored with the peanut croquant shards, I couldn’t keep my spoon away from the creamy and crumbly bits. With presentation this pretty and abstract, it can be hard to identify many of the ingredients, but I am certain that it was all very tasty.

Just three dishes into the menu and I’m pretty darn smitten with Red Medicine. A proper dinner here is an absolute must in 2013.