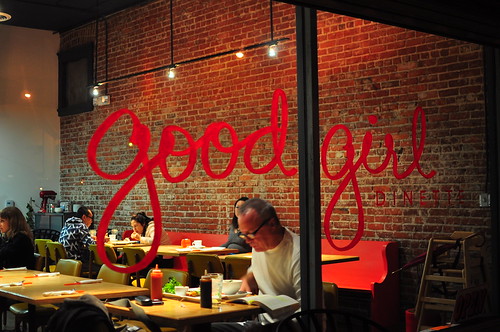 As a Vietnamese gal who grew up eating her grandmother’s cooking, knows her way around the Vietnamese kitchen, and even called the motherland home for a year, I could easily dismiss Vietnamese fusion efforts as watered-down versions of the real deal, but truth be told, I’m a big fan. My tremendous love for the culinary traditions of Vietnam extends beyond foggy notions of authenticity. The fact that Vietnamese cuisine is extending its reach outside ethnic enclaves and is evolving in a fresh and meaningful way excites me like you wouldn’t believe. 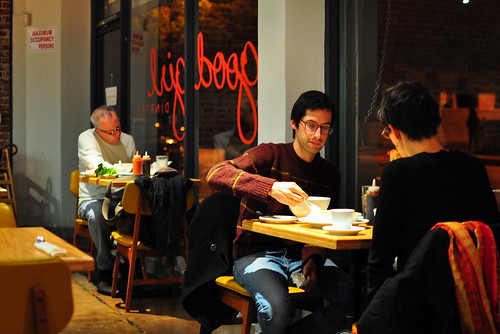 Once limited to the confines of Chinatown and the San Gabriel Valley, Vietnamese restaurants have recently gained traction in unlikely sections of Los Angeles. The opening of 9021Pho in Beverly Hills a few weeks back inspired me to begin exploring and documenting Los Angeles’ nouveau Vietnamese food movement. While these new establishments are mostly intended for those less familiar with the cuisine, I was curious to experience a new take on the traditional tastes I grew up with. 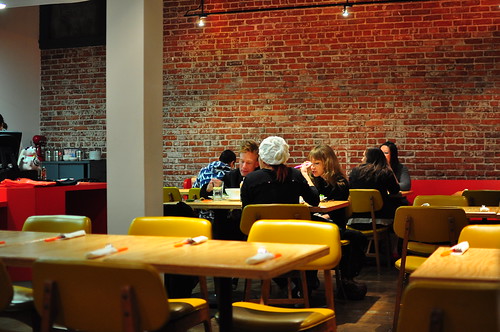 Located in Highland Park, Good Girl Dinette bills itself as “American diner meets Vietnamese comfort food.” The good girl behind this stylish restaurant is Diep Tran, the former co-owner and chef of Blue Hen. Ms. Tran’s family owns the chain of Pho 79 restaurants in Orange County and Alhambra. Clearly, being a restaurateur is in her blood.

With its exposed brick walls, barely finished tables, and plush mustard yellow chairs, the vibe at Good Girl Dinette is urban and cool. The short menu, which does not contain a lick of Vietnamese, features stews, pot pies, sandwiches, noodles, and soups. All dishes are made using local, seasonal, and sustainable ingredients. Beat that, Golden Deli. 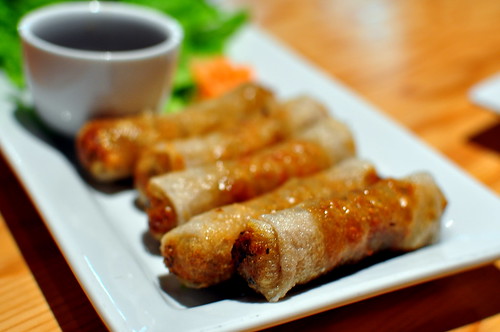 The Astronomer and I visited the restaurant on a recent Friday night. Even though our waitress warned us that we were ordering far too much food, we still went ahead with three appetizers to start.

First up were the mushroom imperial rolls, also known as cha gio chay ($5.50). Filled with woodear mushrooms, carrots, and glass noodles, the cha gio arrived glistening and hot. The blistered wrappers signaled that Ms. Tran knew when to leave perfection alone. The cha gio were served with large leaves of romaine lettuce, pickled carrots and daikon, and a soy dipping sauce (nuoc tuong). While the flavors were all spot-on, the cha gio could have used more filling because they collapsed a bit with each bite. 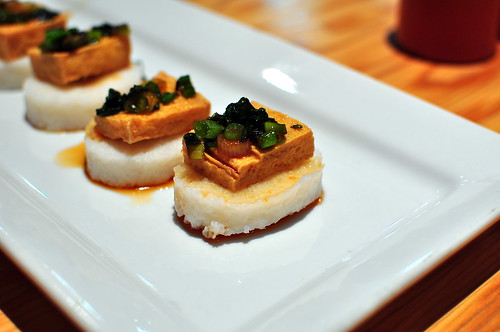 Next, an order of rice cakes with crispy scallion tofu ($4.50) arrived. I wasn’t sure what to expect when I placed the order since the term “rice cakes” doesn’t translate into anything specific in Vietnamese cuisine. However, the dish that arrived was totally familiar. The little slabs of deep fried tofu were smothered in a mixture of scallions, oil, and fish sauce, all plopped upon a sticky raft of rice. This dish is one of my mom’s quick and easy dinner solutions, minus the rice cakes. 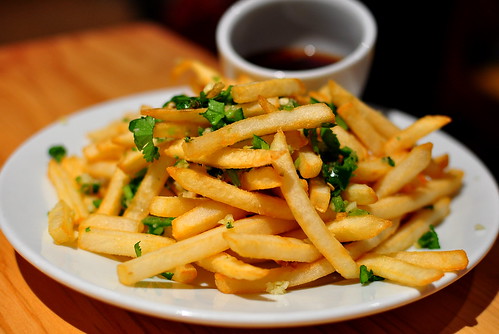 The final appetizer was a small order of spicy fries ($3). The shoestring russets were seasoned with chopped chilies, garlic, and cilantro. The fries reeked of garlicky goodness, even though the trio of aromatics had difficulty adhering to them. The spice factor made these spuds quite addicting. 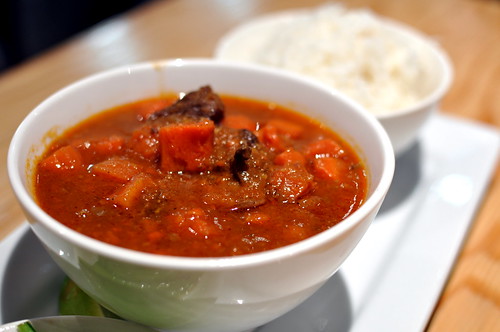 Our first entree was a beef stew, also known as bo kho ($9.50). The stew was served with white rice and seasonal greens (brown rice was available for an additional dollar). The bo kho was brimming with braised carrots and tender hunks of beef, all bathed in a fragrant five spice-laced broth. While I enjoyed the stew immensely, it could’ve been slightly less salty. 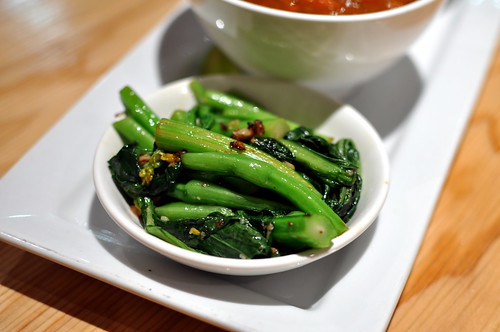 The bo kho was served with a side of sauteed Chinese broccoli (gai lan). 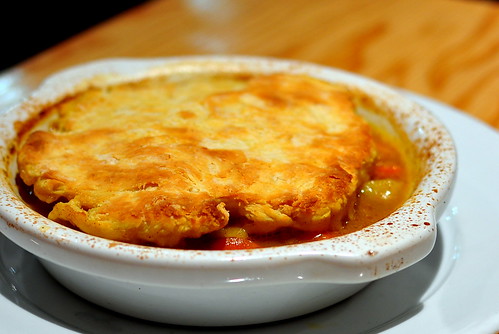 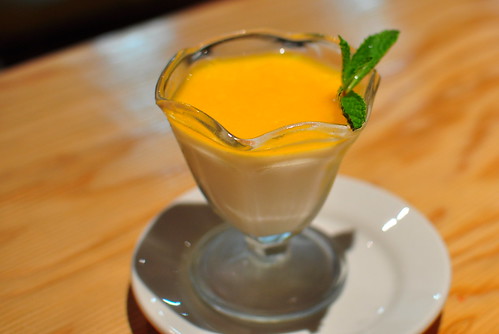 For dessert, The Astronomer and I shared an almond jelly topped with with seasonal citrus syrup ($5), which came highly recommended from our busser. After indulging in some heavy duty comfort foods, the cool and light jelly was just what our palates desired.