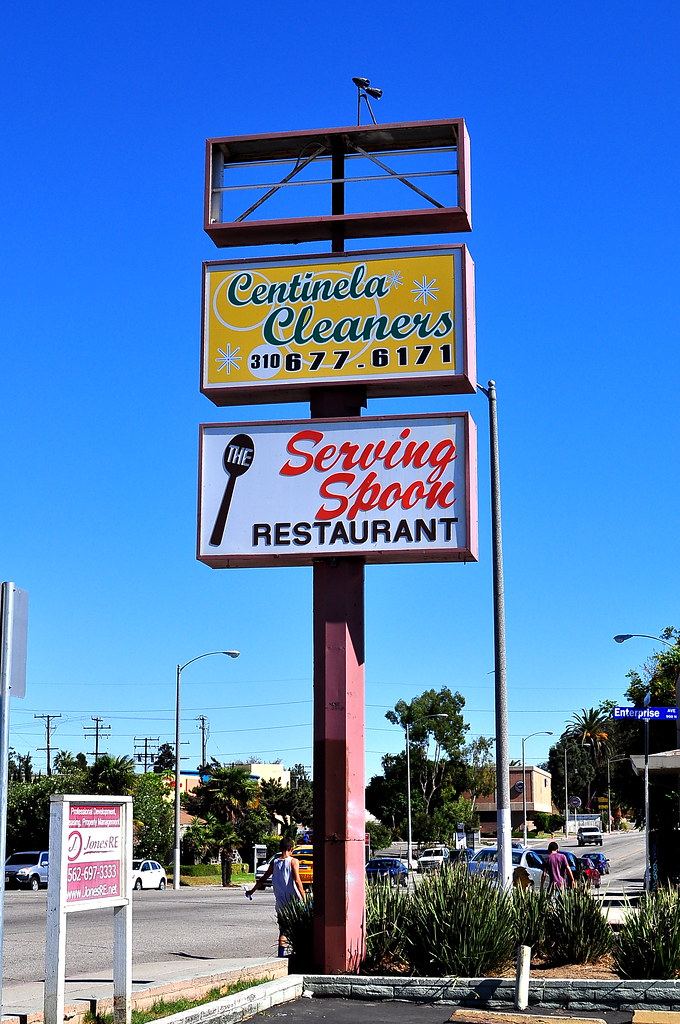 Opened in 1982 by Harold E. Sparks, The Serving Spoon is a full-service diner serving Southern classics in a brightly-lit and energetic room. The restaurant, by the way, is named after a diner that was featured on the soap opera “All My Children,” Mr. Sparks’ favorite afternoon indulgence. Today the restaurant is run by his daughter and son-in-law. 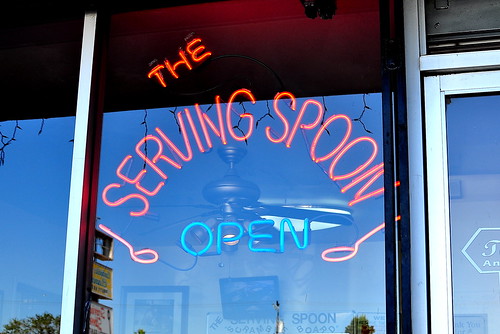 While the menu reads as nearly identical to those at other soul food spots in town, one whiff of the kitchen’s cooking and I understood immediately that there was something extra special happening here. 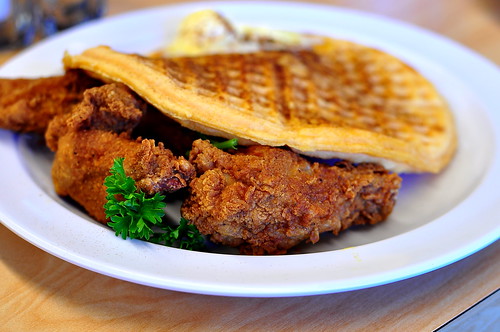 Take for instance “Cookie’s Wings & Waffle,” the finest pairing of chicken and waffles that I’ve ever encountered. The well-seasoned cluck, expertly fried and outstandingly juicy, came together like a dream with the cinnamon-dusted waffle, which hit an intriguing savory note. Eaten in tandem, the flavors were rounded and harmonious—a thrilling combination of sweet, salty, and umami. 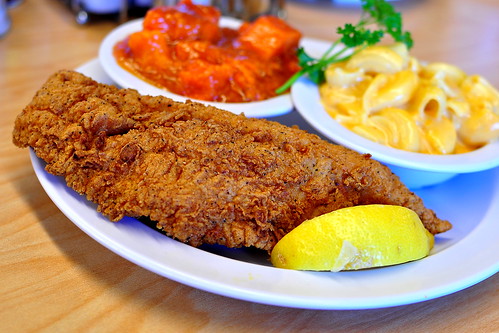 The fried catfish, a boneless fillet battered and beautifully browned, was also spectacular.  The fish flaked off in tender hunks, while the cornmeal crust crunched just so. The macaroni and cheese and clove-imbued yams made for stupendous sides. 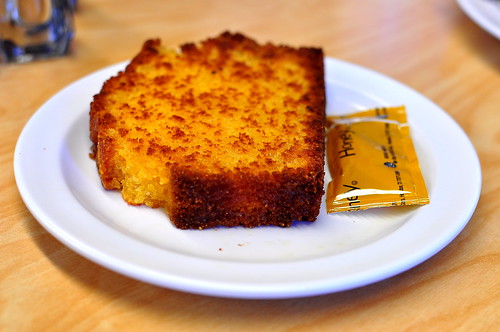 Best of all was the slab of cornbread served alongside every main course. Buttered, toasted, and served with a packet of honey, it was Yankee-style all the way and delicious as all get out. Can you see the caramelized edges?

After thirty years in the business, The Serving Spoon is still serving up some of the tastiest Southern cooking in the Southland. Come one, come all, my fellow fried chicken and waffle seekers.