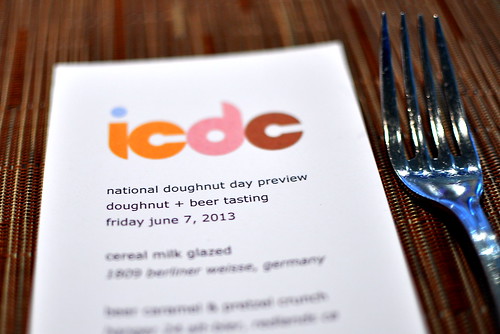 Los Angeles played host to numerous National Doughnut Day celebrations last Friday, but the only ticket in town that really caught my eye was the ICDC (Ice Cream, Doughnuts and Coffee) preview at BLD. Slated to open later this summer or early fall, ICDC was inspired by the Wednesday night Doughnut Shoppe that Pastry Chef Mariah Swan has hosted for years at Grace and BLD restaurants. 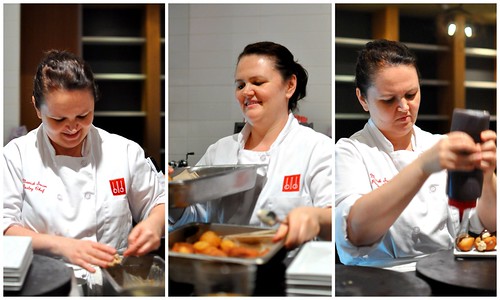 ICDC, which is currently in the midst of construction, will be housed next door to BLD. Once the shop is up and running, the menu will feature eight doughnut flavors daily. Unlike traditional doughnut shops where wares are left to sit all day, ICDC’s creations will be fried to order and decked out with gourmet glazes and ice creams.

Joining me for the 5-course doughnut tasting ($15) were my friends and fellow sweet seekers Alice, Stassi, and Diana. According to Mariah, the doughnuts served this evening won’t appear again until ICDC opens its doors for business. 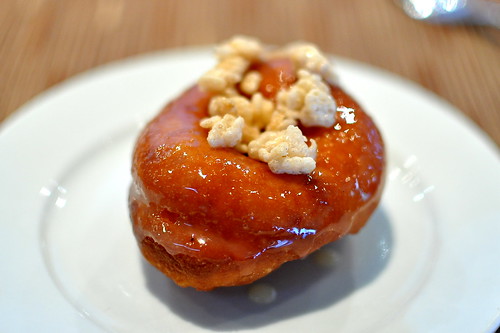 The first doughnut served was the Cereal Milk Glazed, a warm, airy, yeast-risen ring iced with a sugary syrup steeped in Honey Nut Cheerios. Garnished atop were bits of Rice Krispies treats made from house-made cinnamon marshmallows. Good morning, Sunshine! 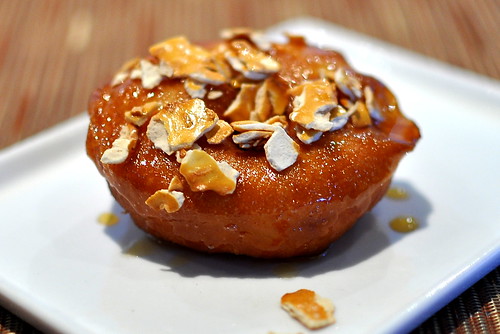 Doughnut number two was made from the same successful yeast dough as the first and came topped with beer caramel and pretzel chips. The caramel, which was made with brews by Hanger 24 and New Castle, had a distinctly fermented quality to it. Beer lovers, this one’s for you. 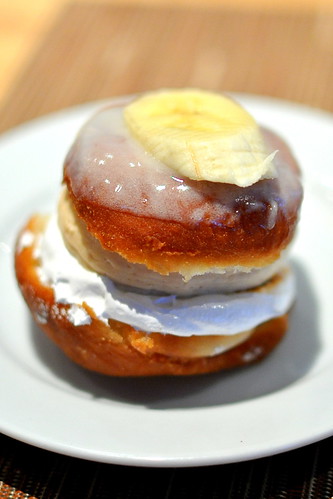 The doughnut that made me and Alice squeal with satisfaction was the Fluffernutter, a deep-fried rendition of the classic peanut butter and marshmallow sandwich. Neatly piped in between the two doughnut halves were swirls of whipped peanut butter laced with cream cheese and bourbon meringue fluff. A single banana slice was perched atop the tower.

I bypassed the fork and knife provided and attacked this one like a caveman. I’ll definitely return to ICDC for another go at this wonderfully messy and thoroughly delightful Fluffernutter. 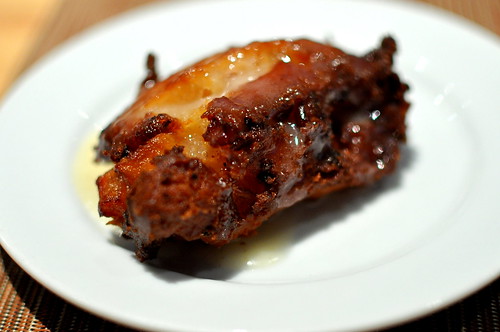 The fourth course, an apple cheddar fritter, was the only doughnut to showcase Mariah’s non-yeast dough. Topped with a browned butter buttermilk glaze and stuffed with oozy cheddar, this doughnut was definitely sweet with just a touch of savory. The bits of apple in the batter were tops, but the cheese could’ve been much sharper. 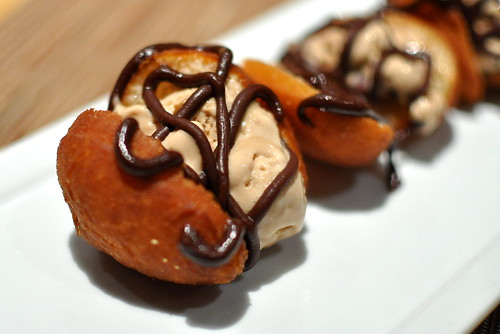 By the arrival of the final course, doughnut hole proﬁteroles with bourbon pecan ice cream and smoked chocolate glaze, everyone but Diana was reeling from the preceding courses’ sugar rush. I managed to make room for just one. The cool ice cream smooshed between the warm doughnut holes had a fetching effect.

Until next time, ICDC…