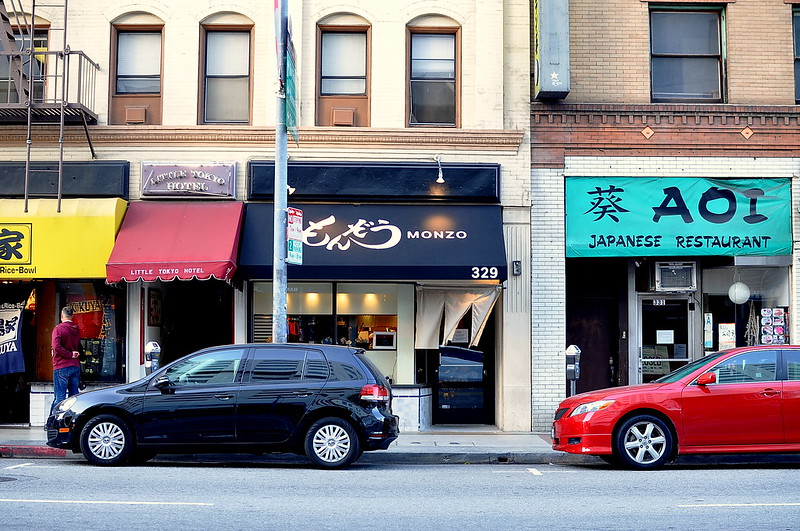 I fell hard and fast for Marugame Monzo’s made-from-scratch udon noodles. As a testament to my infatuation, I haven’t dined on sushi or ramen while visiting Little Tokyo since the shop opened a few months back. It’s been pure, unadulterated affection for these chubby darlings from the start. 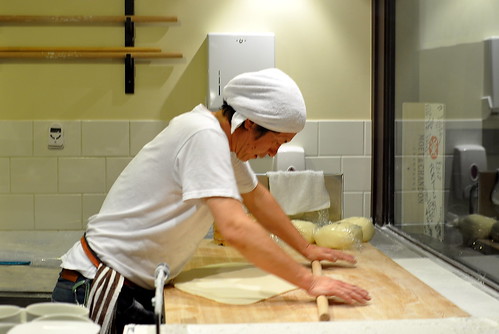 According to a write up by Miles Clements on the subject, the man behind the magnificent noodles is the restaurant’s general manager Kenji Tateishi. Marugame Monzo is his first stateside restaurant after training in Japan. 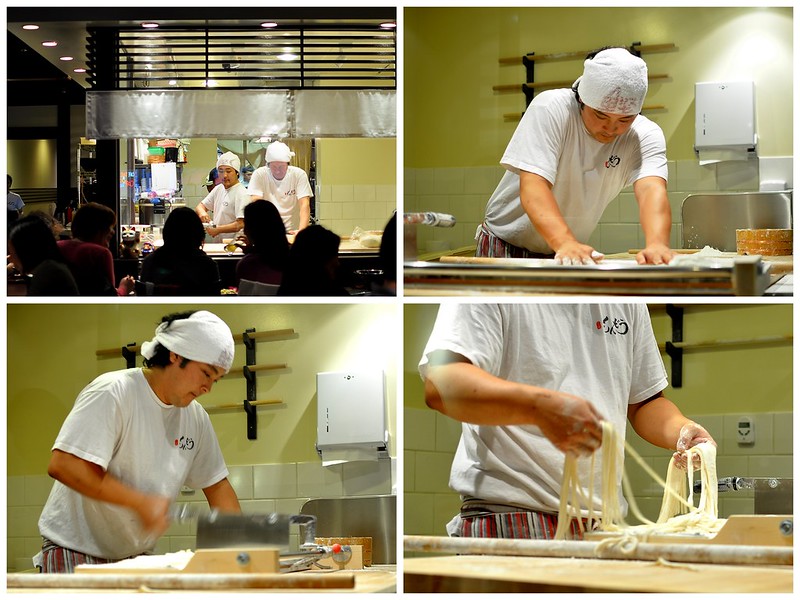 The process of transforming a hunk of tough dough into slurp-able strands is simply mesmerizing. The glass-encased workshop guarantees that nearly every seat in the house has a stellar view of the magic in progress from start to finish.

I was seated near the front door on my first visit and at the bar on my second. The latter’s so-close-I-can-almost-taste-it access was much preferred. 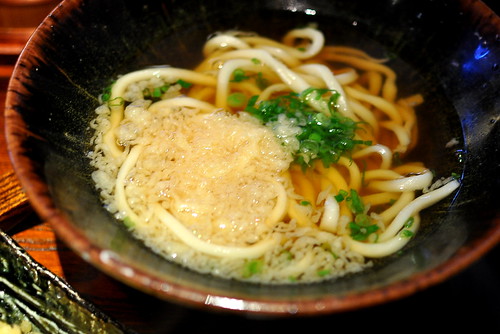 On visit number one, my date Stassi selected the Shrimp Tempura Udon ($11.95). The hot broth diminished the noodles’ texture just a touch, but the overall package was pure comfort. 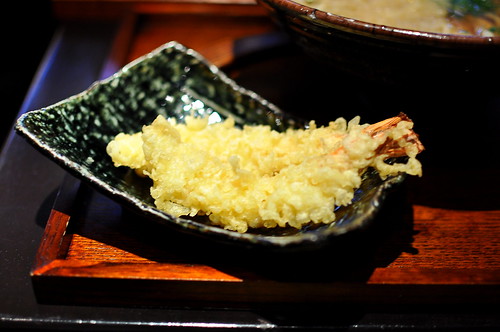 The shrimp tempura were served on the side for maximum crunch. 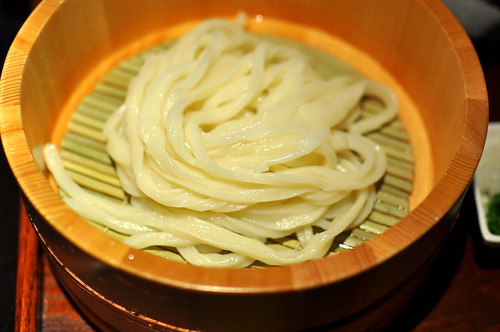 I selected the Zaru Udon ($6.95), which to date is my favorite of Marugame Monzo’s selections. Served chilled on a bamboo mat, the noodles had the most wonderfully satisfying bite. 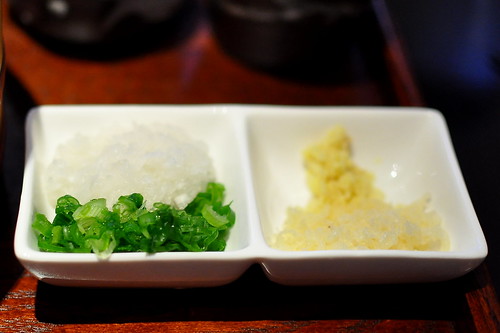 After dressing up the equally chilled broth served on the side with grated ginger and daikon, scallions, and a few panko crumbles, I dipped and slurped until all the noodles were gone. Mmm, good! 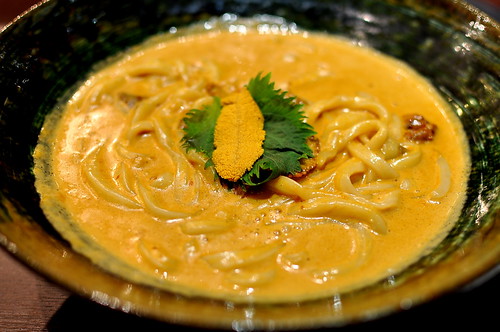 On my second visit to the restaurant a few weeks later, I sampled the Sea Urchin Cream Udon ($15.95). Rich and luscious with a touch of garlic and brine, these noodles stuck to my gut in the best way. 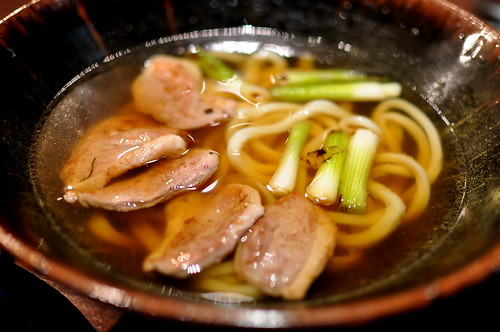 The Astronomer also quite liked his Duck Nanban Udon ($12.95), which had the same mellow broth as the shrimp tempura udon. The slices of duck were fine, but I’d choose the crispy shrimp every time.

Get your udon on.

There’s more to eat in Downtown, Los Angeles on Gastronomy: