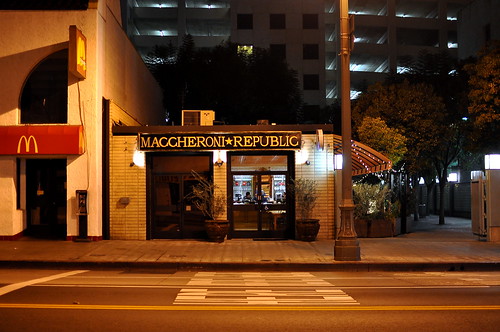 If you’re not tuning in to It’s lunchtime with Jonathan Gold every Wednesday at noon on the L.A. Times’ Daily Dish, then you’re missing out on excellent dialogue about the Los Angeles restaurant scene. During one such “live discussion” a few months back, the merits of a new Downtown eatery called Maccheroni Republic were brought up. I had never heard of the restaurant beforehand, but after registering the words “handmade pasta” and “reasonable prices,” I immediately made plans to check it out. I live for noodles. 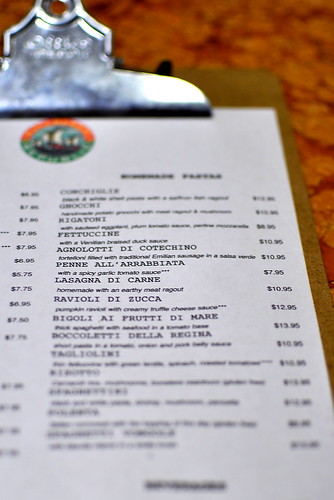 The menu here is brilliantly simple: just a few appetizers, soups, and a slew of pastas. Between The Astronomer, Diep, and I, we shared two starters and three mains and left pleasantly stuffed. 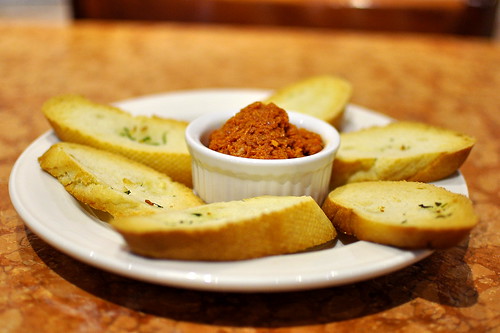 The first appetizer to arrive was the Nduja ($6.95), a house-made Calabrese salami spread served with toasted crostini. We liked the spicy spread very much, but the bread left a lot to be desired. Little bothers me more than being served unspectacular bread at an otherwise solid restaurant. 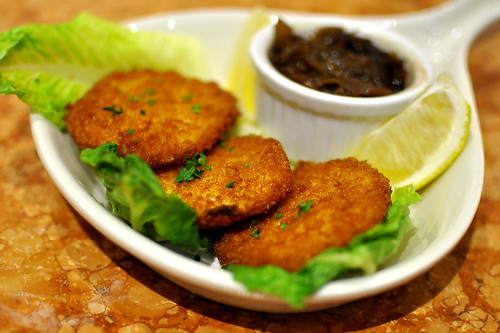 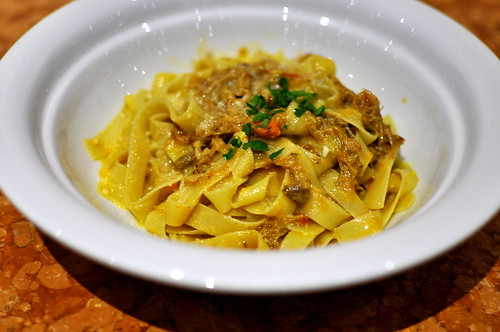 Next came the noodles. The fettuccine was paired with a Venetian braised duck sauce ($10.95). Good sauce, plus good pasta, equals a perfectly palatable plateful. 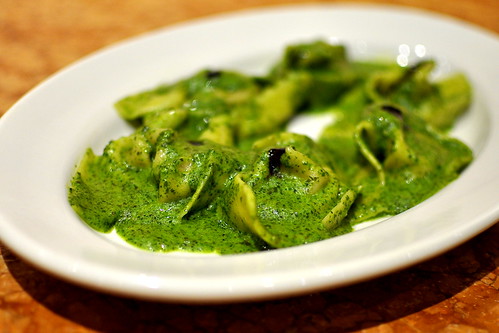 The Agnolotti di Cotechino ($10.95) also called out to us. The torteloni came filled with traditional Emilian sausage in a creamy pesto sauce. I loved how these large pasta parcels had plenty of nooks for the salsa verde to settle into. This saucy number was tops in my book. 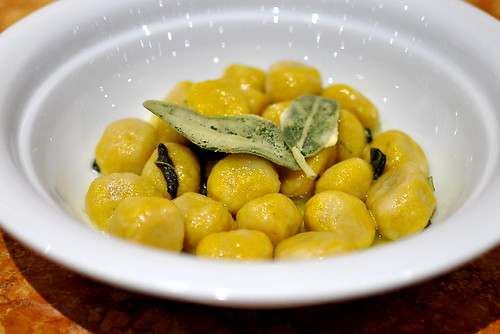 The final pasta dish was one of the evening’s specials, a pumpkin gnocchi ($10.95) with fried sage and browned butter. The flavors here were a touch too sweet for me, but the textures were absolutely on point.

While Maccheroni Republic’s noodle offerings don’t quite reach the heights of neighboring pasta purveyors like Bestia and Drago Centro, it’s still a welcomed contributor to my monthly allotment of semolina flour. Not to mention, my wallet likes the price point, while I welcome the low-key vibe.

UPDATE: I returned for dinner on July 13 and had an even better experience. We shared the grilled seasonal vegetables and calamari to start—both were solid. Next we moved on to the spaghetti vongole (excellent) and the linguine frutti di mare (excellent). The lone miss was a daily pasta special. Note to self: stick to the menu mainstays on future visits.