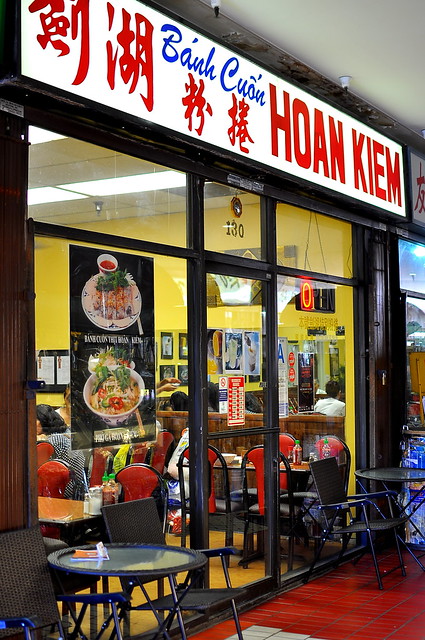 Named after Hanoi’s misty and mystical “Sword Lake,” Hoàn Kiếm in Chinatown serves just three dishes on weekdays and four on weekends. While the kitchen’s repertoire might seem limited, the menu has actually doubled in size since the Ho family first opened the restaurant in 1989.

The proprietors, who hail from Halong Bay, a city more famous for its limestone karsts and isles than its cuisine, draw upon family recipes that have been passed down for several generations in executing each of their specialties. 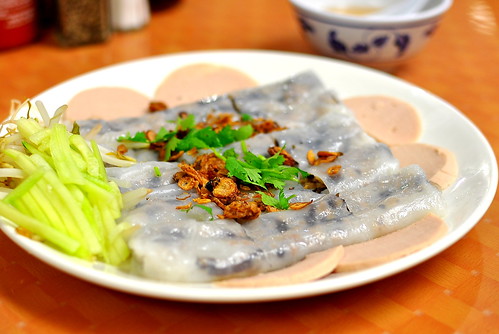 Most popular here is the banh cuon, steamed crepes filled with seasoned ground pork and Woodear mushrooms. Its texture was chewier than the banh cuon I’ve sampled in Saigon, Hanoi, and Grandma’s house, which signaled more tapioca starch and less rice flour in the batter. While The Astronomer and I weren’t gaga about the texture, we were both pretty stoked to try a new rendition of a beloved dish. 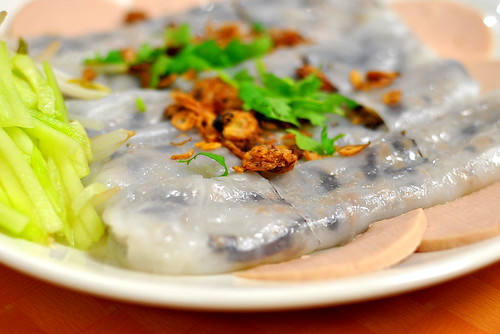 The nuoc cham (fish sauce vinaigrette) served alongside, as well as the slices of pork loaf and fried shallots, were wholly familiar. A dab of chili sauce from the condiments made everything taste even better. 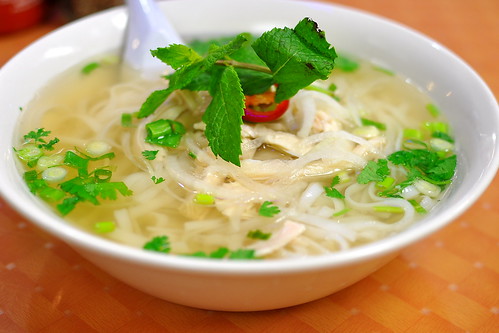 The pho ga (chicken noodle soup) was a soothing brew of clear broth and rice noodles. Chopped cilantro, thinly sliced onions, and a few shakes of pure fish sauce were the only garnishes this pristinely made bowl needed. I’m usually more of a pho bo kind of girl, but this bowl was totally beautiful.

I’ve got a thing for concise and focused menus, especially of the Vietnamese variety, so Hoàn Kiếm scores major points for keeping things short and sweet and delightful.