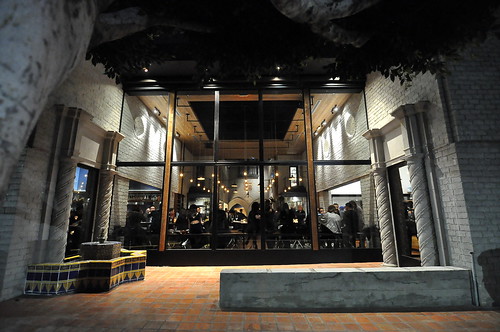 I have yet to encounter a soul in the hyper-opinionated Los Angeles food community who doesn’t adore Chef Walter Manzke‘s cooking. From his early days at Patina and Bastide, to his more recent tenures at Church & State and Petty Cash, wherever Chef goes, the accolades usually aren’t too far behind. 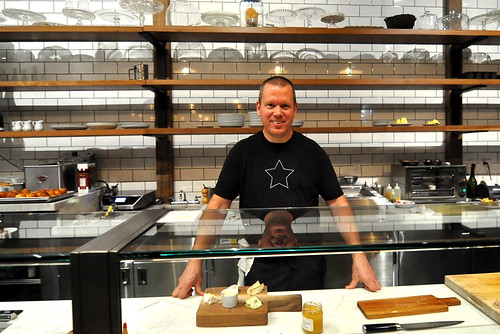 Late last year, Chef Manzke and his wife, Pastry Chef Margarita Manzke, joined forces with restaurateur Bill Chait to open Republique‎ in the former Campanile space. I usually give restaurants a few months to settle in before coming in for a taste, but my impatience got the best of me in this situation—I needed Chef’s signature escargots en croute, and I needed them now. 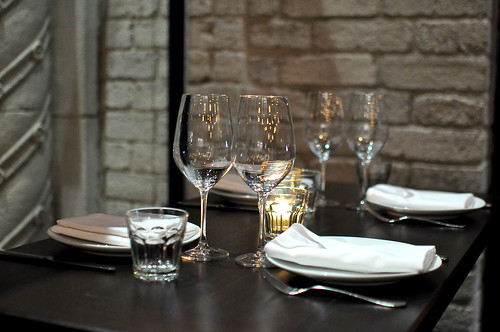 The Astronomer and I were initially seated at the communal table toward the front of the restaurant during our visit, but scored a table for two after asking the hostess nicely.

Pro Tip: My friend Darin dined on the same evening and requested seats along the Chef’s counter, which turned out to be warm but festive. 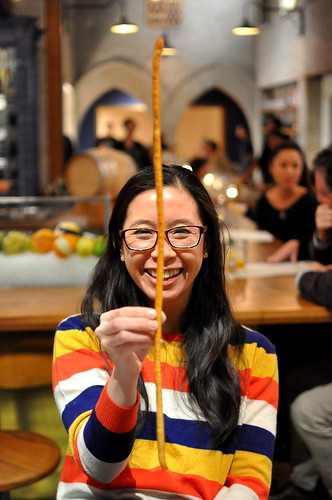 As The Astronomer and I perused the menu, we were each offered a super-sized bread stick. I tried not to spoil my appetite by eating the entire thing, but alas, it was futile to resist its buttery and salty charms. 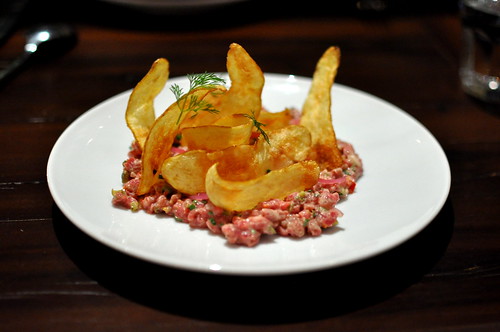 Dinner officially began with the grass-fed beef tartar ($18) with tarragon aioli, pickled red onions, and potato chips. The tender bits of beef, seasoned just right, were fantastic. The potato chips offered a crunchy contrast that The Astronomer appreciated, but me… I just wanted the meat straight up. Rawr! 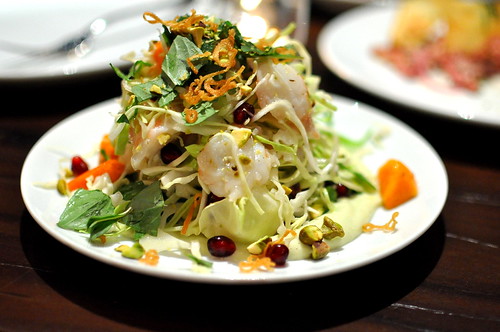 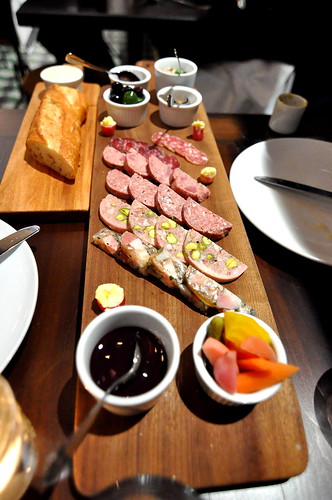 Next on the scene was the house-made charcuterie ($24), which serves “one to four” according the menu. The selection of goodies on the plank included a dazzling array of salami, head cheese, pork terrines, duck liver mousse with port wine gelee, and pork rillettes. 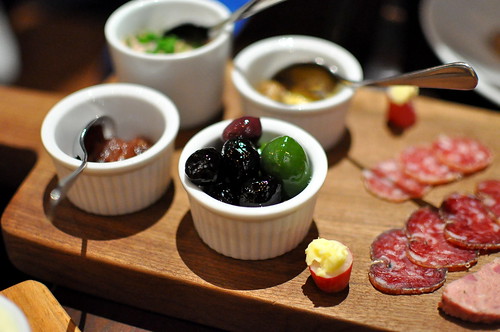 To accompany the cured and preserved meats were buttered radishes, pickles, olives, two varieties of mustard, fruit preserves, and warm baguettes. I’ve been a  tremendous fan of Chef Manzke’s charcuterie since his days at Church & State, and I am so stoked that I can get a fix anytime I want. 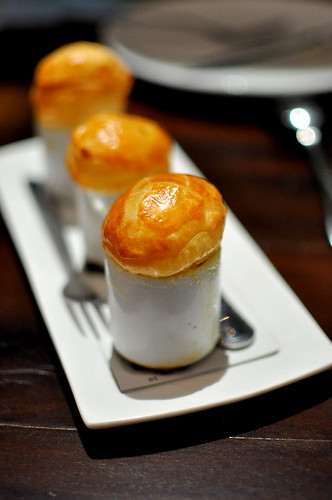 The only dish that missed the mark tonight was the highly anticipated escargots en croute ($12). While the puff pastry was spot-on, the snails and buttery broth hit a sour note that didn’t taste right. A shame. 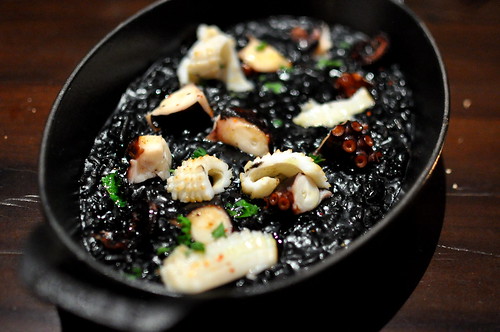 The final savory dish was the “Risotto Nero” ($19), squid ink-stained rice paired with tender morsels of Atlantic calamari and Mediterranean octopus. The dish’s flavors were bright and light even though it looked anything but. 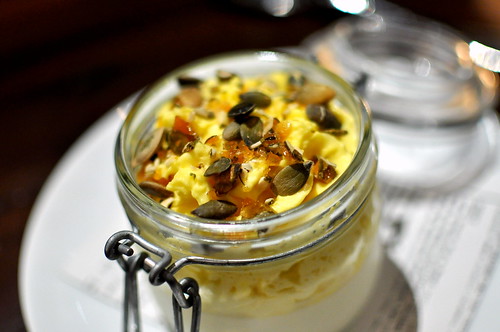 It’s good to be Walter Manzke.