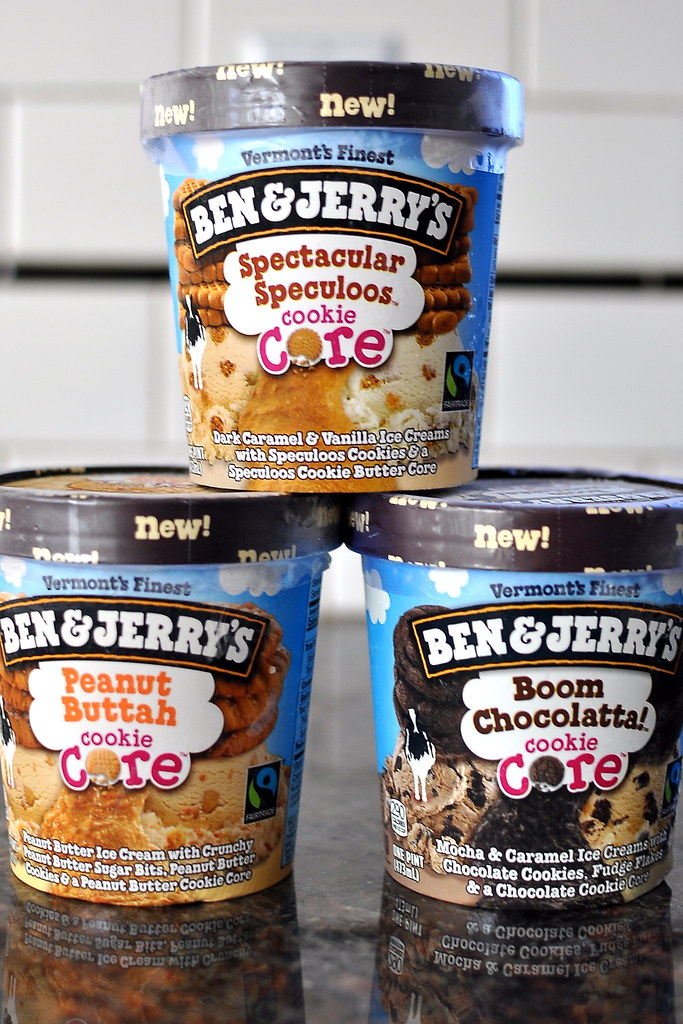 Following the tremendous success of the original line of Core ice creams, the Flavor Gurus at Ben & Jerry’s have taken the concept to the next level by piping cookie butter through the center of each pint. Yep, you read that right!

The ice cream gods must’ve been smiling down on me, because some time during the wee hours of Tuesday, a package containing this latest and greatest innovation landed on my doorstep. You bet your boots I ate Cookie Cores for breakfast! 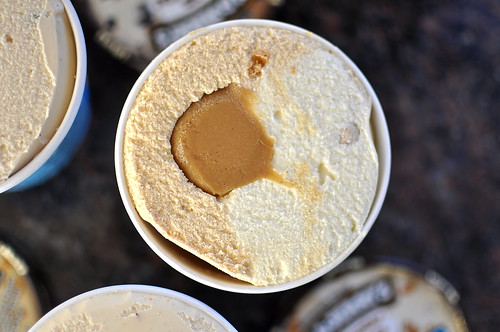 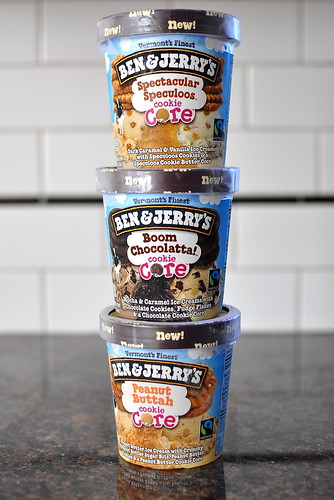 What’s awesome about the cookie butter Core is its smooth yet crunchy texture, which tastes splendid eaten straight or spooned with some ice cream. After tasting, re-tasting, and re-re-tasting, I declared a two-way tie between Boom Chocolatta! and Spectacular Speculoos.

Cookie Cores are everything that I didn’t know I needed. But now that my spoon has done the dip and touched my lips, there’s no going back.