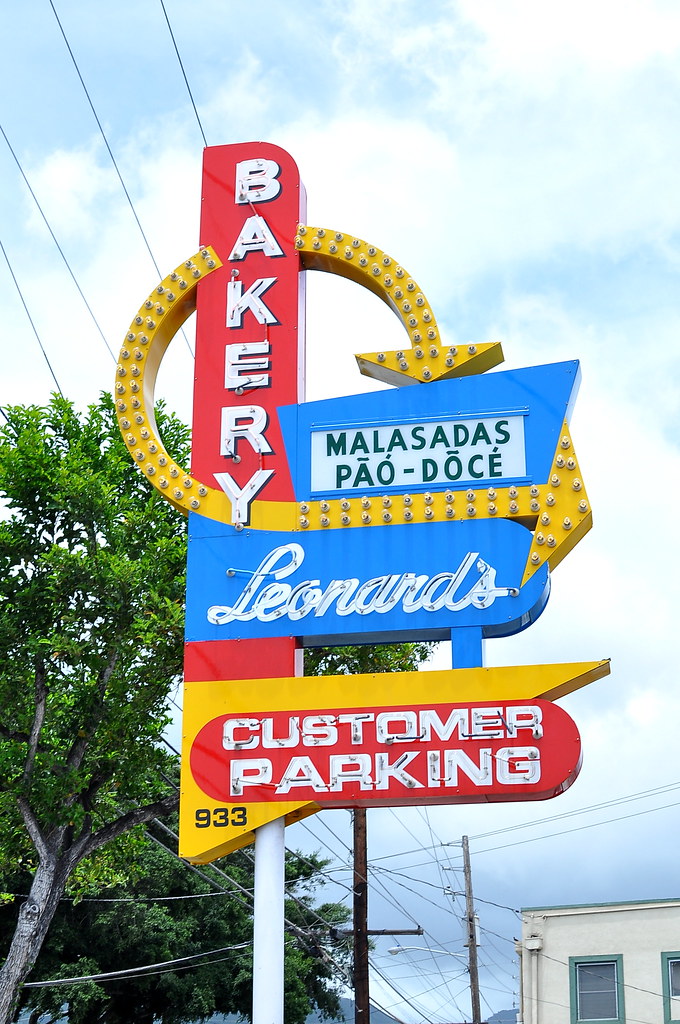 While most people visit Hawaii for a dose of sun and surf, I came for Spam and malasadas instead. Following our “light” breakfast of musubi and onigiri at Iyasume, The Astronomer and I strolled over to local legend Leonard’s Bakery for fresh Portuguese doughnuts served hot from the fryer. 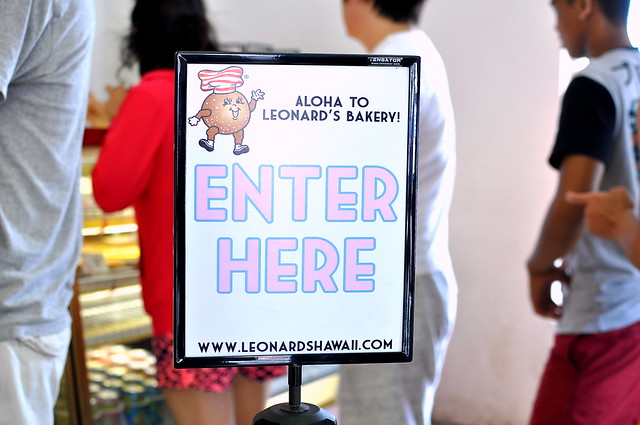 According to the bakery’s website, Leonard Rego, the grandson of Portuguese immigrants who came to Hawaii under contract to work in the sugar cane fields, opened his eponymous bakery in 1952. At the suggestion of his mother, he began making malasadas in 1953 in honor of Shrove Tuesday (a.k.a. Fat Tuesday). They’ve been a hit ever since. 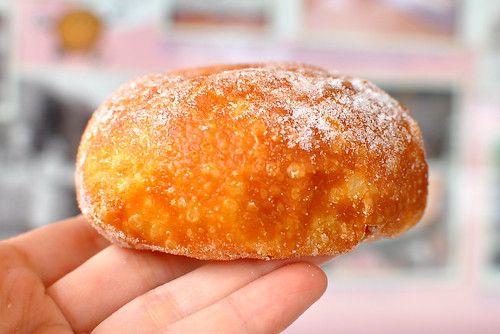 Leonard’s malasadas are served both plain and filled. Over the course of two visits to the bakery, The Astronomer and I sampled a few varieties of each kind. The original malasada ($1), the shop’s bestseller, was light, yeasty, and dusted with super-fine sugar. 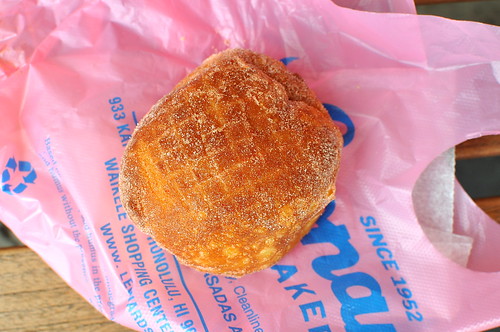 Quite possibly even better than the original flavor was the one finished with li hing mui powder ($1). The salty dried plum’s sweet and sour notes were ono-to-the-max. 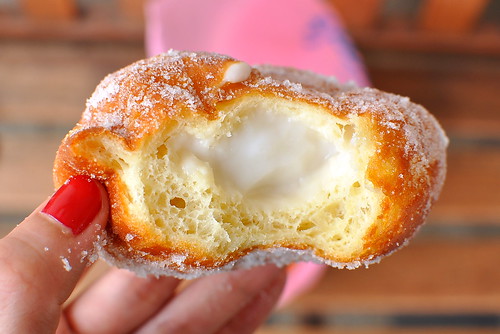 The filled malasadas ($1.35 each) were terrific as well with their piping hot exteriors and smooth, cool fillings—talk about a marvelous mouthful. The haupia (coconut) doughnut, one of the shop’s standby flavors, hit the perfect tropical note. 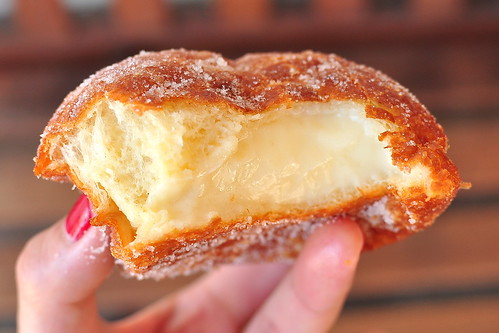 The custard filled “puff” had a Boston Cream Pie-like quality to it, minus the chocolate. 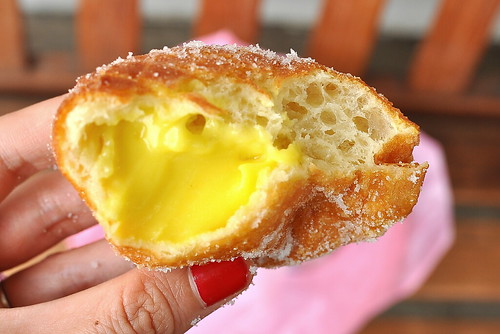 The Astronomer’s favorite was the tart and tangy Flavor of the Month: lilikoi (passion fruit). All three fillings were impressively balanced and just sweet enough.

After tasting our way through most of Leonard’s beloved malasadas, it’s easy to see why this little bakery has such a big reputation. Deep-fried paradise, plain and simple.