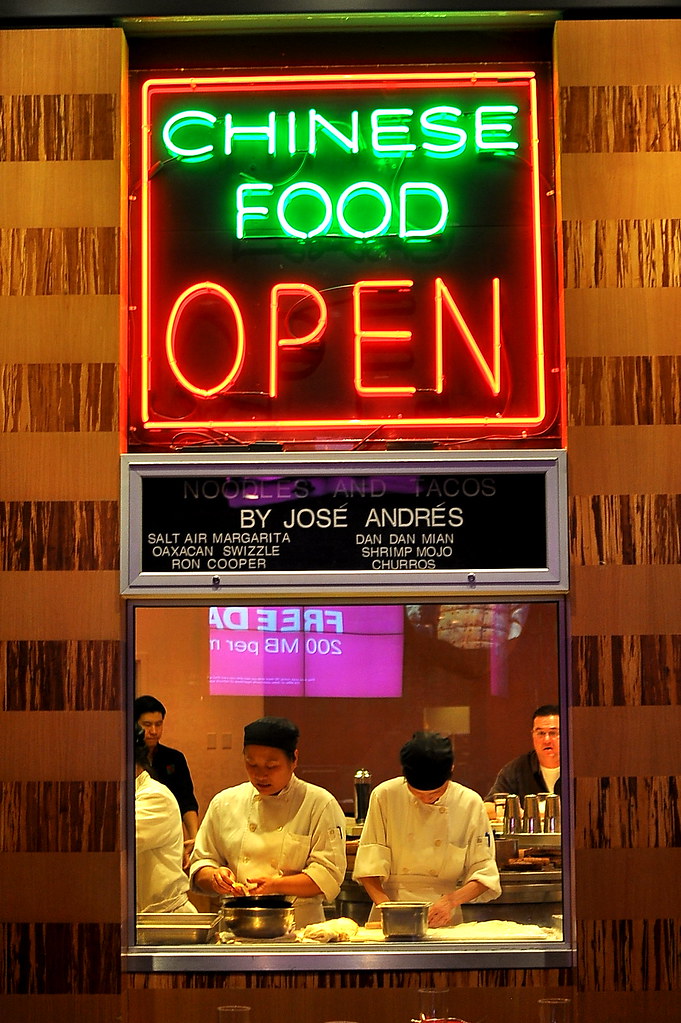 The Astronomer was itchin’ to hit the road following our pizza and pasta party at FIVE50, but I wasn’t quite ready to head home just yet.

Chef José Andrés’ China Poblano has been on my radar since it debuted in 2010, but lukewarm reports kept my interest in check over the years. However, the allure of noodles and tacos available under one glitzy roof proved too intriguing to resist on this trip. And thus, a second lunch was born. 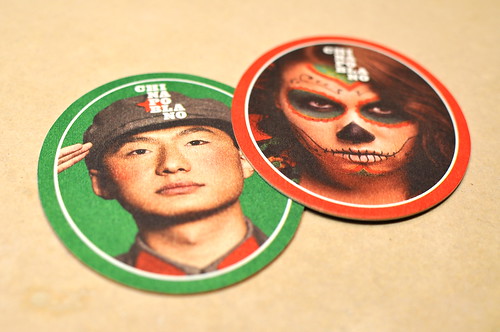 “The restaurant’s name is a play on China Poblana, the legendary slave woman of Asian descent whose arrival in Mexico is supposed to have inspired the stereotypical ‘china dress‘ of the 19th century,” according to a New York Times write up. “But in Mr. Andrés’s universe, the second ‘a’ in poblana has segued to an ‘o’ in homage to the mild Puebla chili pepper.”

In the same article, Chef Andrés was quoted saying, “I am afraid of Chinese cooking, doing it authentically, that is… So before I did a full Chinese restaurant, I thought I’d do one that is half and half.” 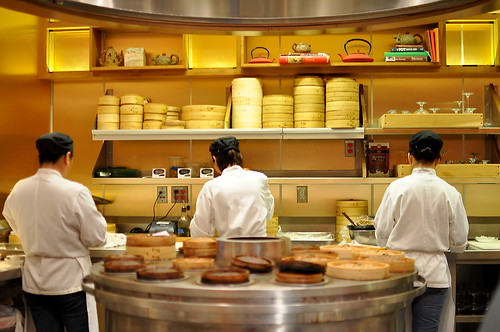 Upon entering the restaurant, The Astronomer and I grabbed two seats on the Chinese side, a “steamer-rich kitchen” where cooks were filling and folding dumplings. Across the room was a separate squad making fresh tortillas on griddles. 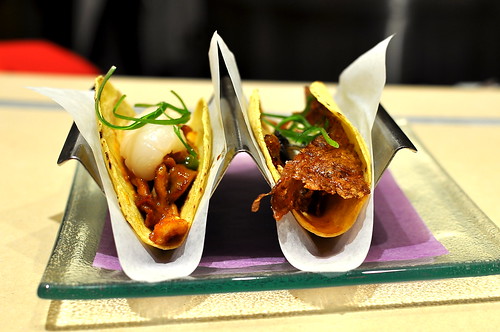 To start, a duo of terrific tacos. The “Silencio” ($5.50) included duck tongue and fresh lychee, while the “Viva China” ($5.50) boasted beef tendon, Kumamoto oysters, scallions, and a potent “Sichuan peppercorn sauce.” Both were fabulously flavorful and exceeded our expectations. 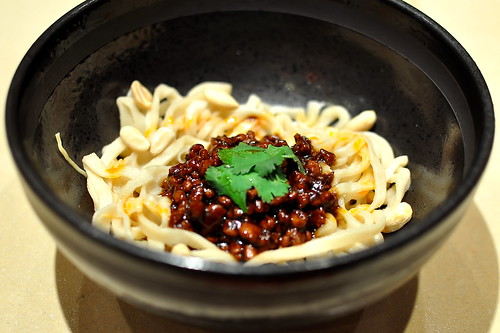 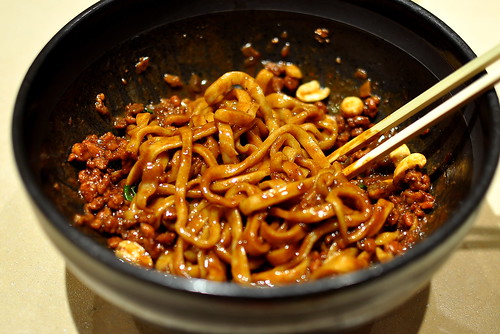 On the flip-side, the “Dan Dan Mian” ($12), hand-cut wheat noodles topped with “spicy pork sauce” and peanuts, was a total letdown. The noodles’ texture had a nice ’nuff bite, but the sauce was very much wrong—maddeningly goopy with no trace of chili oil or Sichuan peppercorns.

This dish ought to be renamed “Black Bean Noodles” or something along those lines. Dan dan mian these are not. 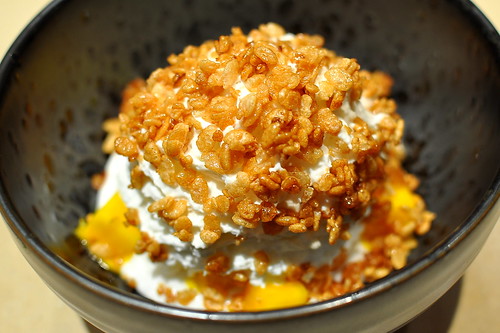 To finish, a seriously sensational take on mango with sticky rice that consisted of puffed rice, fresh mangoes, mango granita, and whipped coconut cream. It was refreshing and delicious, a pleasure through and through.

Even though the dan dan mian was just about the sorriest bowl of noodles I’ve ever come across, I’d totally return to China Poblano for más tacos and mangoes with sticky rice. Plus, I like the vibe. 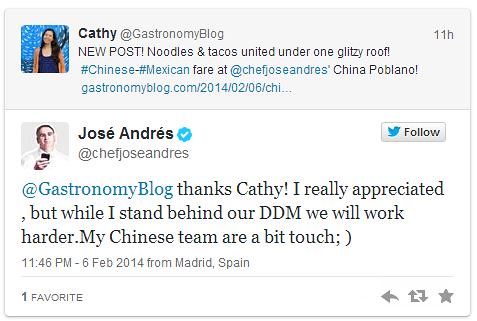