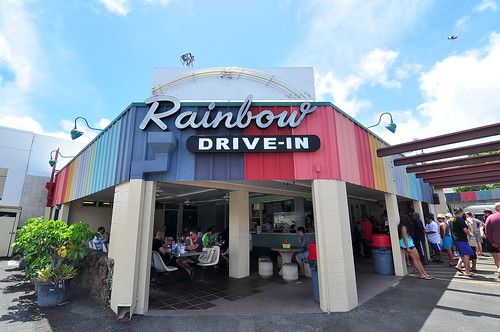 Hawaiian plate lunches are a beast of a feast. Generally comprised of a protein, two scoops of white rice, a scoop of macaroni salad, and oftentimes, a slick of gravy or chili, it’s the kind of meal that sticks to your ribs and then some.

Opened in 1961 by Seiju Ifuku, Rainbow Drive-In was a must on my list of Honolulu haunts specializing in classic local fare due to its long history and superb reputation. The Astronomer and I, along with our friend and Oahu resident, Luscious Liana, lunched here on our second day in town. 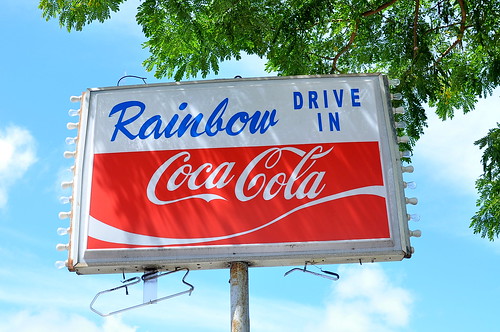 When the restaurant first opened over 50 years ago, the menu featured just four items: hamburgers, French fries, a chili with rice plate, and a “barbecue steak” plate. While the number of offerings has grown substantially since the start, the ample portioning and low prices that guests have come to expect remain the same. 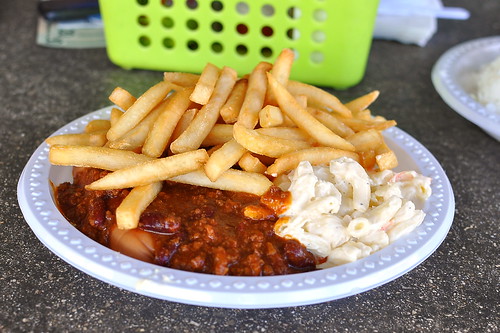 After poring over the menu, I took my friend Misty‘s advice and selected the “Chili Dog Plate with 2 Wieners” ($7.25). I swapped out the standard two scoops of rice for French fries, but the mac salad was a must. The homemade beef chili paired excellently with the fries, while the creamy mac salad offered a cooling contrast. 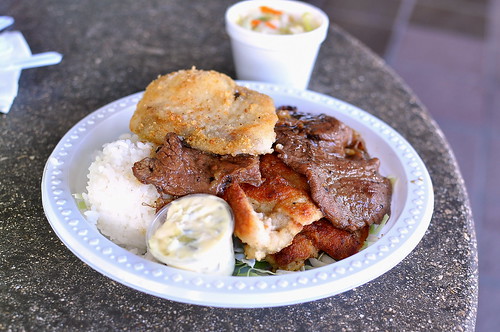 The Astronomer’s “Mix Plate” ($8.25) came with “BBQ” beef, mahi mahi, and a breaded chicken cutlet. He opted for “slaw” in place of mac salad. Of the trio of proteins on deck, the vaguely Asian-flavored hunk of beef was the winningest. 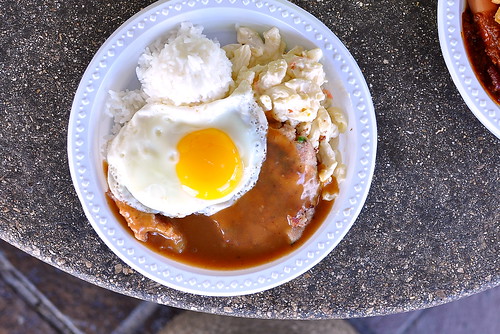 Luscious ordered her Rainbow Drive-In standby: corned beef hash with gravy and a sunny side up egg ($7). I was too preoccupied with my double wiener situation to steal a bite, but she was quite pleased with her selection. 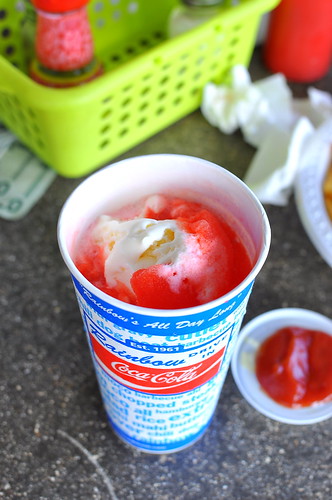 A tall “Slush Float” ($3.15), strawberry slushy mixed with several scoops of vanilla ice cream, was shared between the three of us for dessert.

Following our hearty feast at Rainbow Drive-In, we embarked on a long hike to burn off our lunchtime indulgence and to make room for dinner. It was the right thing to do.