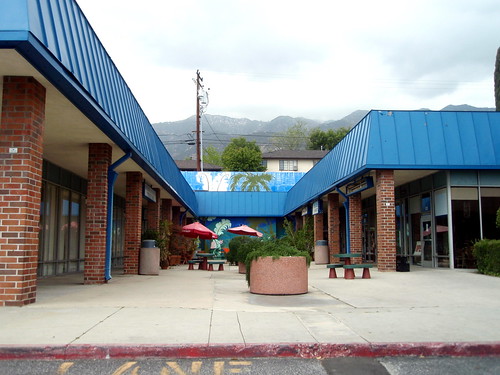 Bulgarini Gelato came across my radar via a post on Serious Eats titled, I Ate L.A. by Daniel Zemans.

After gorging his way through our fair city, Zemans proclaimed with confidence, “Bulgarini’s gelato was the best thing I ate on my trip.” 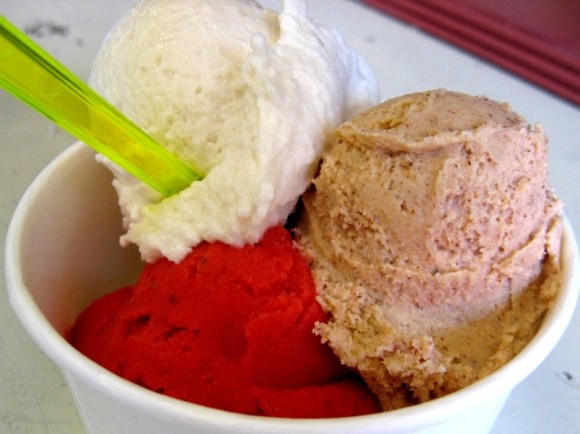 On an awesomely hot Sunday afternoon in April, The Astronomer, Laurie, and I hoofed it to the boonies to see if Altadena’s Bulgarini was really the cat’s meow. We each ordered smalls ($3.85), which allowed us to choose three different flavors. From the selection of fifteen gelatos, granitas, and sorbets available, I chose scoops of cherimoya, strawberry, and almond.

Of the three, the almond gelato was the most spectacular due to its intense nuttiness and sandy, yet creamy texture. The cherimoya gelato, with its fleeting but satisfying tropical sweetness, was a delightful number as well. However, its soft texture couldn’t stand up to the brutal San Gabriel heat. The strawberry sorbet was my least favorite of the trio due to its icy mouth-feel. The artisanal gelato makers at Philadelphia’s famed Capogiro produce amazing fat-free sorbets that are out-of-this-world creamy. 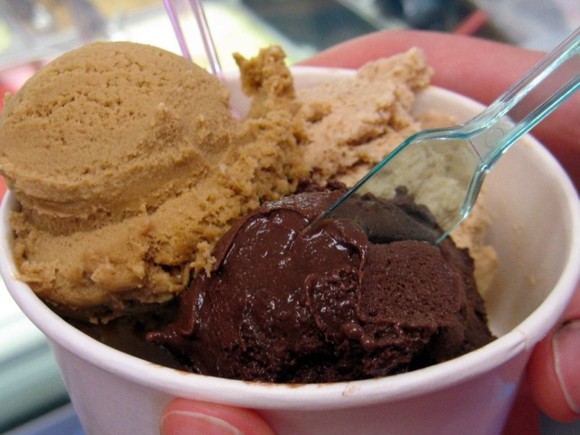 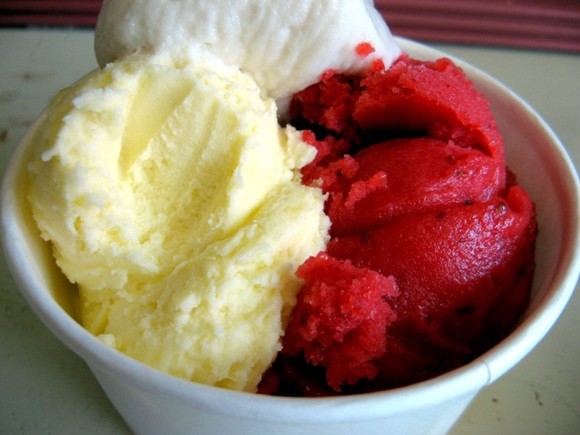 The Astronomer chose scoops of cherimoya, strawberry with chili powder, and pineapple. Even with its icy texture, the strawberry chili was sensational, with an appealingly peppery kick. The pineapple tasted dull next to the sexy strawberry, but that’s to be expected. 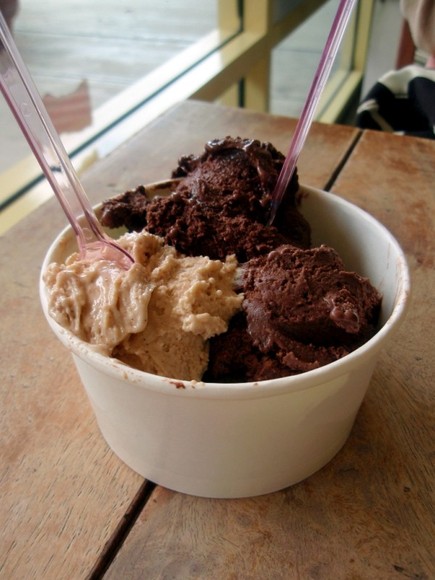 I returned to Bulgarini a week later with my lovely friend Esme. We studied abroad together in Rome during college and have consumed copious amounts of gelato together throughout the years. On our visit, we settled on scoops of almond (of course!), orange chocolate, and almond chocolate. The almond gelato was as terrific on this visit as it was on the previous one. The almond chocolate was wonderful as well, combining the almond’s winning nuttiness with deep dark chocolaty richness. The orange chocolate captured the essence of orangettes in gelato form. The only addition that would’ve made it even tastier would have been actual bits of candied orange peels.