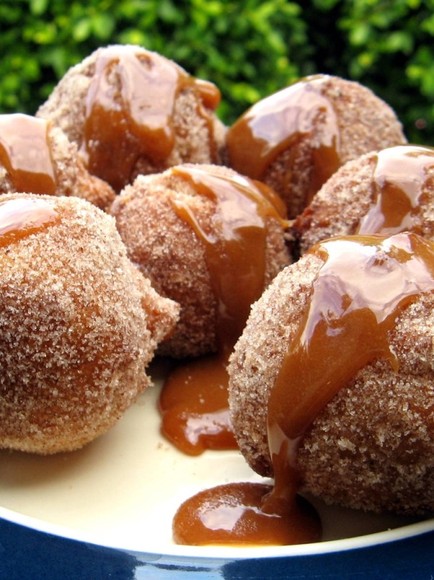 In recognition of National Donut Day, The Astronomer and I considered driving out to Glendora to sample The Donut Man‘s famed fare, but traveling eighteen miles for a sugar rush seemed excessive. Instead, we stayed at home and attempted to recreate the stupendous donuts that we devoured at Animal on Fairfax. How can The Donut Man possibly beat homemade donuts drizzled in a warm caramel sauce? He can’t. 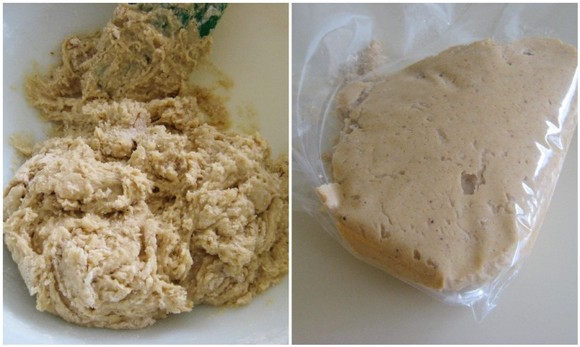 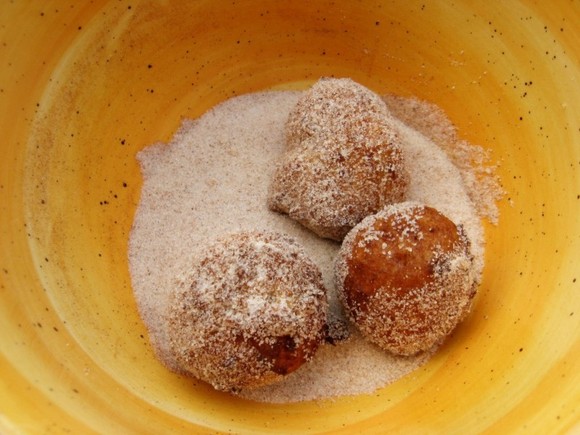 Pour two inches of oil into a heavy medium saucepan. When the oil is hot, extrude a ball of dough approximately an inch in diameter into the oil. Fry the donuts until they are golden brown, then remove them and place them on a paper towel.  If the oil is too hot, the donuts will brown before they are cooked through, so it is a good idea to sample a couple as you go along and adjust the heat accordingly.  While the donuts are still hot, drop them into a bowl with half a cup of sugar and a few sprinklings of cinnamon. Move the donuts around until they are well-coated. 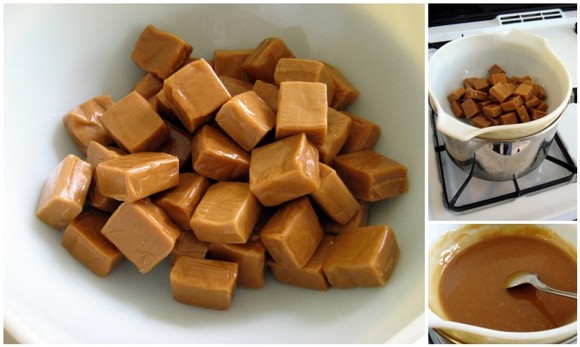 Combine the caramels, milk, and a dash of salt in a double boiler or a bowl set over a saucepan filled with an inch of water. Cook over medium-low heat, stirring occasionally, until the caramels have melted to a smooth consistency, about 20 minutes. To serve, drizzle caramel sauce over warm donuts. 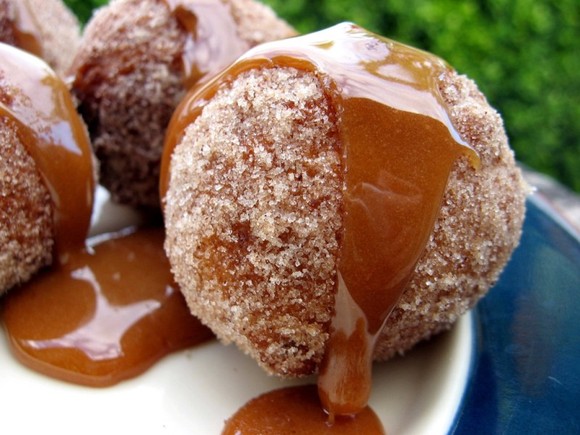