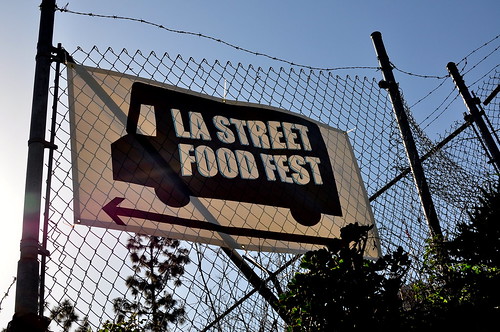 Even though I was warned by the Twitterverse of hour-long lines and have experienced firsthand the utter chaos of large-scale food events (See: Grilled Cheese Invitational and Great American Food and Music Fest), missing out on the first annual LA Street Food Fest was completely out of the question—I live for meals on wheels! 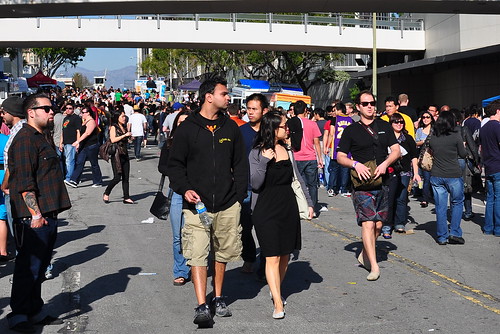 I am not alone in my passion for street eats. Fifteen-thousand Angelenos descended upon LA Center Studios in downtown this past Saturday to stuff their pie holes with Brazilian acaraje, Japanese hot dogs, Mexican huarache, and so much more. The thirty-five trucks at the festival were armed and mostly ready to feed the masses. Even though lines seemed to snake on forever, nearly all of the vendors managed to bring enough food to last the entire day. Those who endured the lengthy waits were rewarded for their efforts. 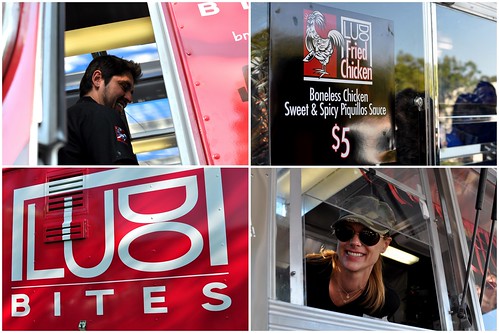 Hands-down the most popular truck of the day was Chef Ludo Lefebvre‘s pop-up fried chicken mobile. In true Ludo Bites fashion, Krissy ran the front of the “house,” while Ludo and his brigade churned out fresh bites in the back. Hungry folks hankering for a piece of LFC waited upwards of two hours for a taste. 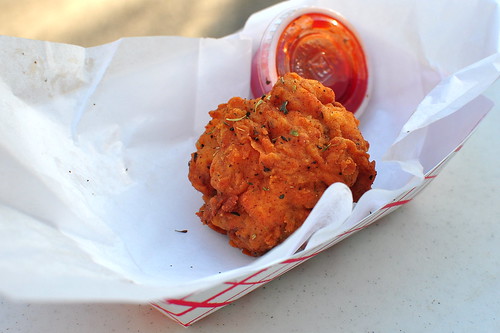 Luckily, we were able to finagle a piece from our friend Mattatouille, who was helping out on the truck. Cutting in line is admittedly bad form, but Ludo’s fried chicken elicits bad behavior. The fried chicken was comprised of various pieces of boneless dark meat held together by a crisp batter. The meat was juicy as heck, while the crust was superbly seasoned. The side of sweet and spicy piquillos sauce was a nice touch—everyone loves to dip their nuggets. 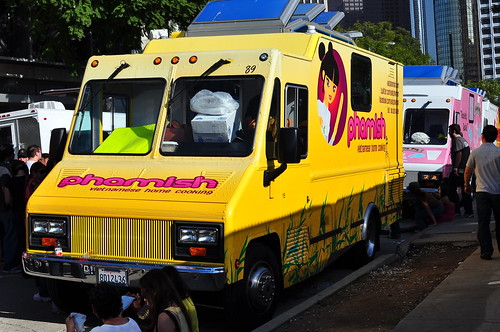 The Astronomer took one for the team and waited forty-five minutes at the Phamish truck (@eatphamish), which specializes in Vietnamese home cooking. While my boy was diligently waiting in line, I met up with my pals Sook and Sarah, and we kicked it with Jonathan Gold. Woot woot! We talked about good food, Pasadena, and good food in Pasadena (not!). 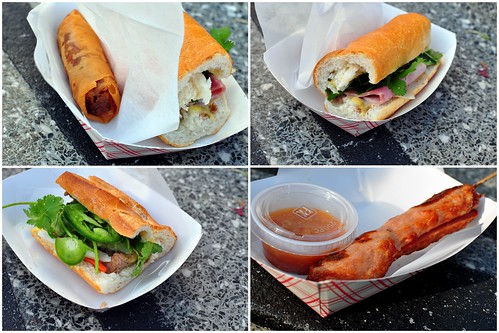 When The Astronomer finally arrived on the scene, we dug into one very mushy cha gio, one sad nem nuong skewer, and two stale banh mi sandwiches. All of the food tasted like it was made the day before and with indifference. Mr. Gold quipped that the nem nuong had a Kibbles ‘n Bits-like quality to it. Hilarious. I’d like to give Phamish another go when the crowds have simmered down. 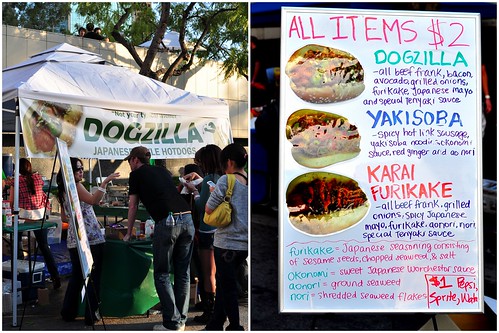 Next, we moved onto Dogzilla’s Japanese-style hot dogs. 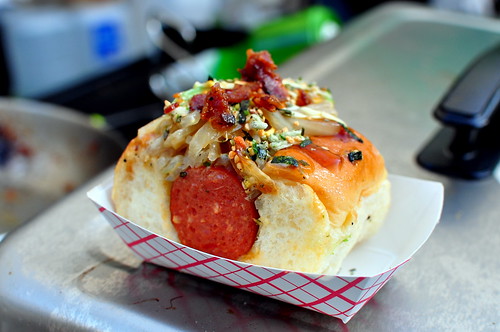 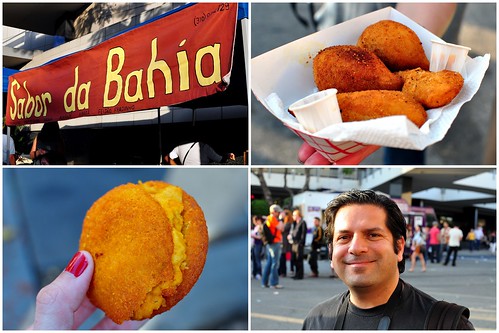 Following wiener time, we met up with my friend Bill for Brazilian street food at Sabor da Bahia. I indulged in a warm acaraje, a traditional Bahian street food made of black eyed peas fried in dendê (palm) oil. The fritters were served with a hotter than hot malagueta pepper sauce. We also shared some coxinha de galinha, drumstick-shaped bites filled with savory shredded chicken and cream cheese. 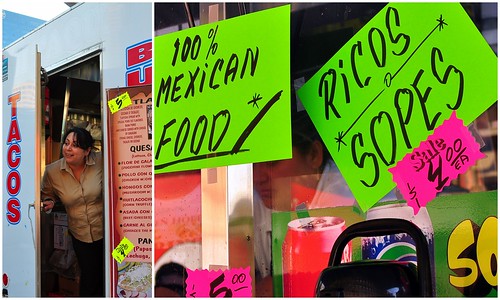 Our last stop of the day was at Antojitos de la Abuelita, a cart specializing in Mexico City-style street food. 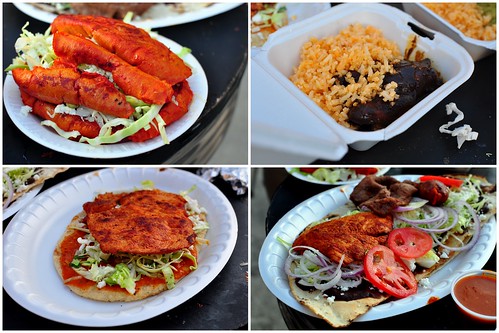 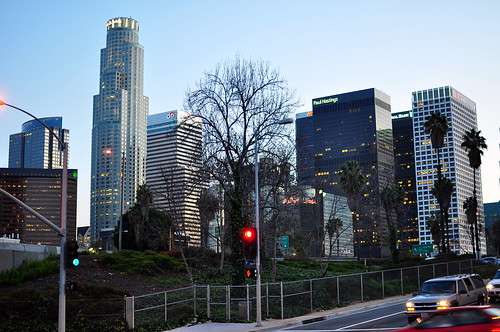 I love this city. Check out the complete set of photos via Flickr.