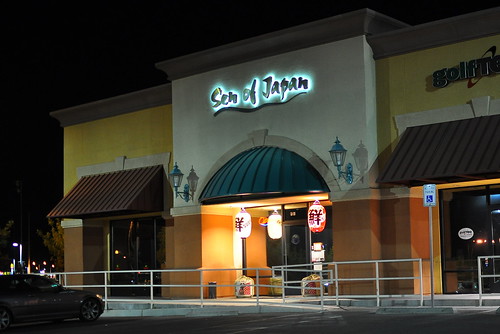 Plan A for our first dinner in Vegas was to hit up Raku, a much raved about robata joint located off the strip. When I called to confirm their hours, I was informed that the restaurant was hosting a special event that evening. There’d be plenty of grillin’ and sake on hand, but ordering off the menu was a no go. The Astronomer and I toyed with the idea of checking it out, but since we both couldn’t booze due to the car situation, we decided to seek out plan B.

Still in the mood for Japanese fare, we researched various options on and off the strip. The Astronomer’s keen Internet searching skills brought us to Sen of Japan. Opened by Hiro Nakano, the former head chef of Nobu at the Hard Rock Hotel & Casino, the restaurant is well-liked among locals and was even “recommended” by Michelin in 2009. 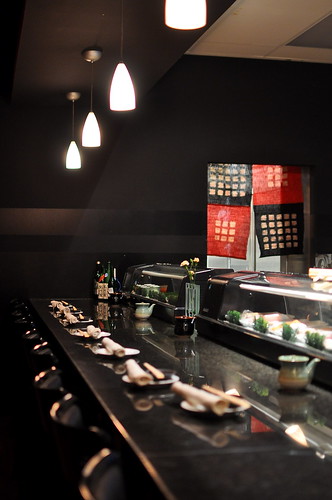 We had read online that the best way to experience the food here is to order one of the omakase dinners, which are priced at $55 and $85. Not feeling especially famished, we decided to forgo an official tasting and instead sit at the bar and have the chefs send out whatever they fancied. An unofficial omakase, if you will. It had been a long day in the city of sin, and all we wanted to do was  kick back and eat without much fanfare. 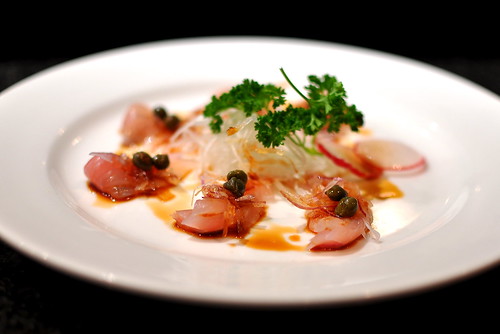 The first dish that landed in front of us were delicate slices of black snapper topped with capers, onions, shredded radish, and ponzu ($14.75). The fish was fresh, while the accouterments were simple and fitting. After indulging on crispy duck atop drunken noodles and TKOs earlier in the day, this was the kind of clean fare I was hoping for. 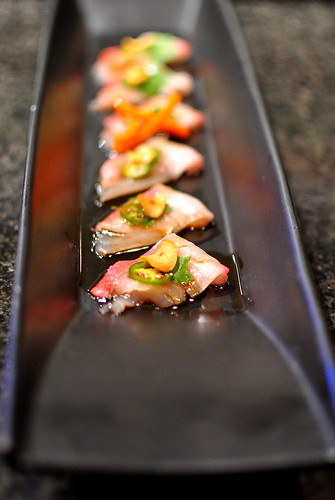 Course number two was equally so fresh and so clean clean. It was comprised of yellowtail adorned with a shard of fried garlic, a thin slice of serrano, fresh cilantro, and ponzu sauce ($14.75). If my memory serves me right, I recall experiencing a similar dish at Nobu Las Vegas many moons ago. 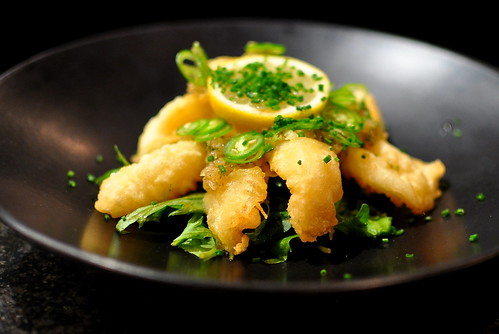 Desiring something cooked and warm in his belly, The Astronomer made a special request for the Calamari with Jalapeno Salt ($9.50). Hugging the tender calamari was an appealingly light batter. The jalapeno’s heat was subdued. 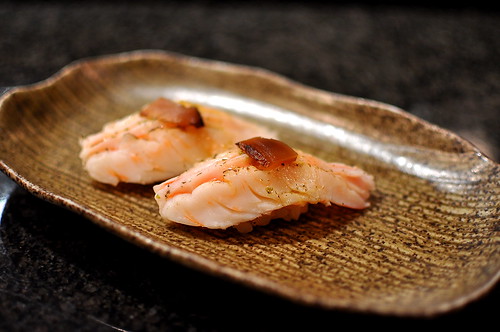 After I inquired about the restaurant’s most popular dish, the chef sent out bruleed shrimp nigiri with garlic butter and marinated shitaki on the house. It was a nice little bite, but didn’t seem special enough warrant its popularity. 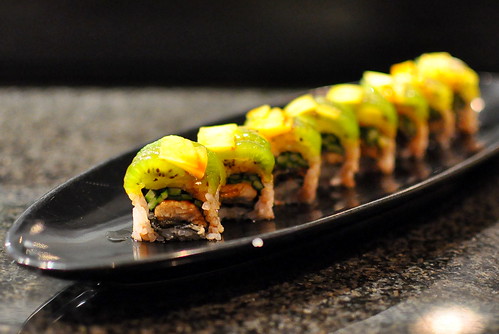 Another popular menu item according to the chef was this fresh water eel and cucumber roll topped with thin slivers of kiwi and mango ($10). Pairing fruit with sushi is admittedly kind of strange, but in all honesty, it didn’t taste too bad. While the fruit didn’t elevate the roll to tastier pastures, it didn’t take away anything either. 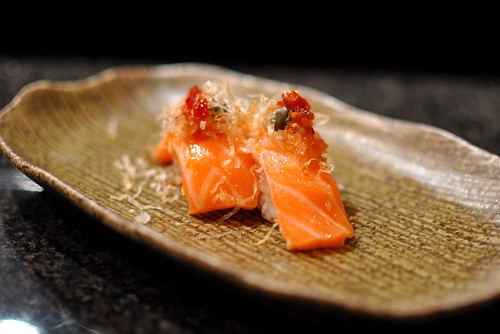 Our final course was salmon nigiri with capers, bonito, and  chilies ($4.25). It was a unique creation that pretty much hit the same note as all the dishes that preceded it—good and a little interesting, but not very memorable.

Our meal at Sen of Japan was kind of all over the place because we left it up to the guys behind the counter to feed us. The next time I’m craving fresh fishes while in Las Vegas, I would not hesitate to return here to experience it properly. Those who are too lazy to read a menu probably shouldn’t be eating out. Lesson learned.