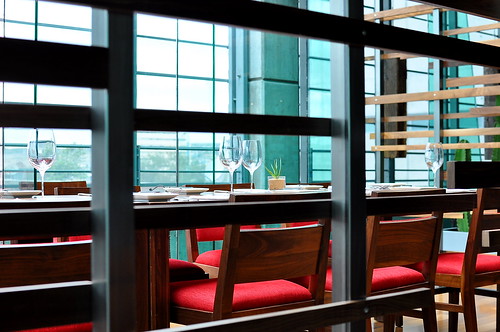 Hours 24 through 28 in Tijuana were spent at Chef Javier Plascencia’s Mision 19. The five-month-old restaurant, which is located in Baja’s first LEED-certified building, is arguably the city’s most exciting place to dine at the moment. Named the “Master of a New Tijuana” by the New York Times, Chef Plascencia serves traditional Mexican cuisine prepared with ingredients sourced from within a 120-mile radius. The chef draws inspiration for his cooking from local farms, the vineyards in the Guadalupe Valley, and even San Diego’s farmers’ markets.

This forward-thinking restaurant is the eleventh member of the Grupo Plascencia consortium, which is headed by the chef’s father and anchored by Villa Saverios. 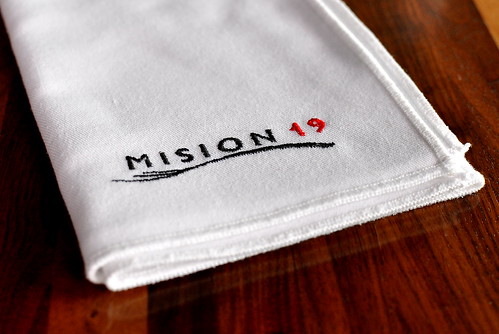 Bill and I were guests of the restaurant this afternoon, along with journalists from Baja and San Diego, as part of a press conference about the region’s thriving culinary scene. Prior to the conference, we were treated to a five-course lunch complete with wine pairings. Needless to say, by the time the official announcements were made, everyone was feeling quite toasty. Or maybe it was just me. 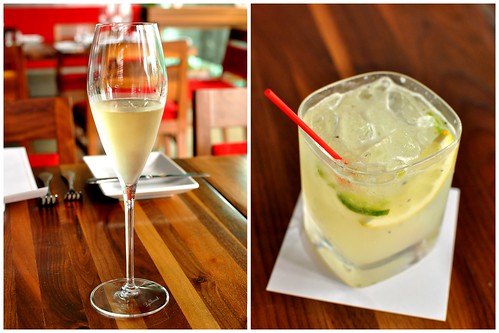 All of the wines served at Mision 19 are from the Guadalupe Valley. We started off with flutes of bubbly and an effective glass of “Mexology.” 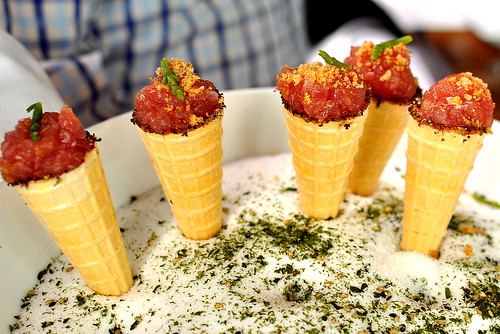 The first course, cono callejero de atún aleta azul, was reminiscent of The French Laundry‘s famous salmon cornets. These ones were filled with avocado and tuna, and topped with sea asparagus and chicharrón crumbles. 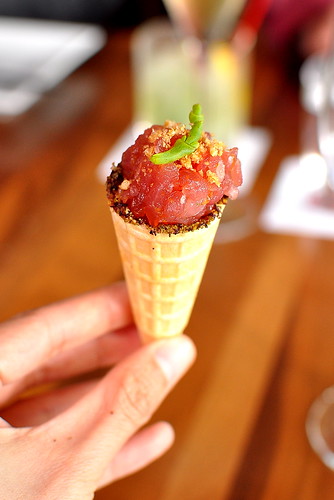 Along the rim was a light dusting of tamarind, salt, and pepper. According to Bill, the garnish was an homage to Mexican street food. 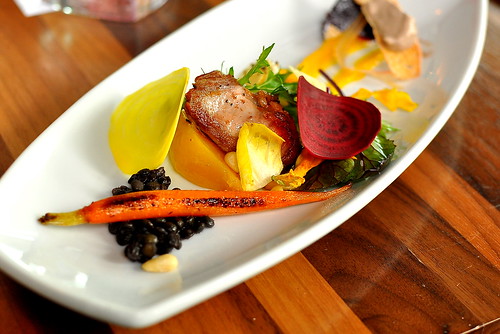 The second course, ensalada “huerta y granja,” was visually stunning. The “garden and farm” salad included pine nuts, carrots, mixed greens, beluga lentils, squash blossoms, squash puree, and yellow and red beets in various forms. I adored the simply prepared vegetables, but the highlight of the dish for me was a trio of quail preparations. From the delicately roasted wing and leg to the rich pate and hard-boiled egg, every element of the bird was prepared perfectly. 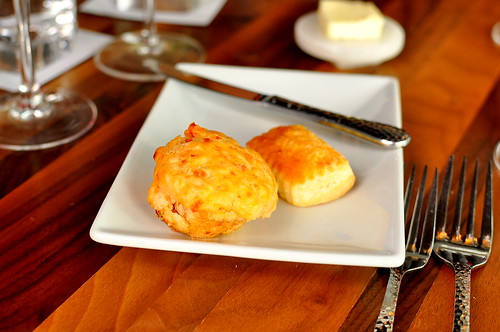 Next, we were treated to a plethora of breads served with softened butter. From the half dozen varieties on offer, I chose the “butter” and “Mexican” breads. Studded with peppers and chilies, I fancied the pillowy Mexican one most. 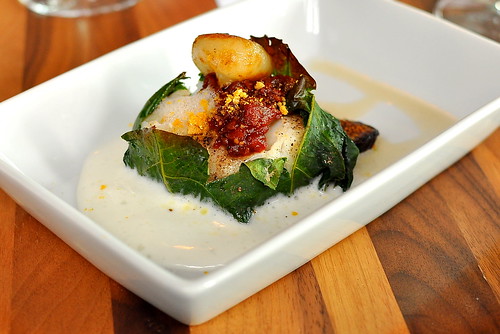 The third course, pesca del dia con higo mision, was the strongest dish of the suite. The centerpiece was a filet of expertly cooked “capiculcho” wrapped in fig leaves. Garnishing the fish was a citrus foam, chicharrón crumbles, fig marmalade, and mission figs. The texture of the fish was fabulously flaky and moist, while the fruity accoutrements were bright and well-balanced. I usually don’t get too excited about cooked fish preparations, but this dish had me licking the plate clean. 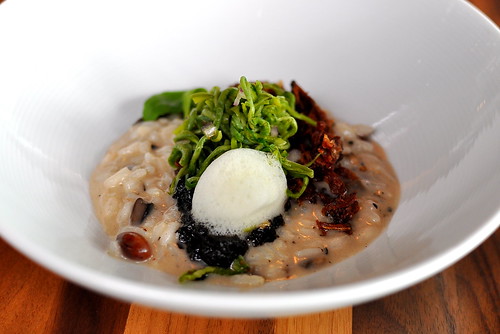 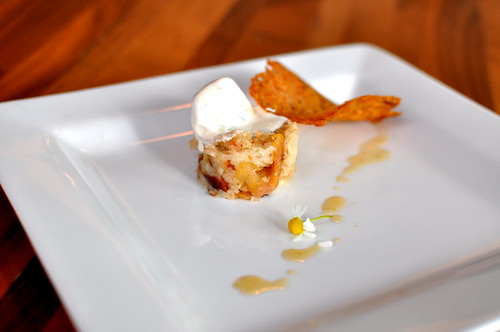 For dessert, un estudio en datil, a two-bite treat meant to be “a study in dates.” After all that food and wine, it was just the sweet finish that everyone was in the mood for. 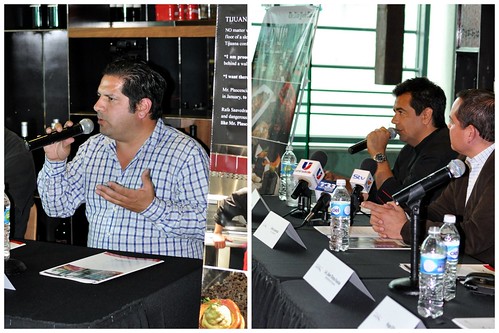 The press conference began as soon as the plates were cleared. Bill (left) took the mic, as well as Chef Plascencia (right), to tout the merits of Baja’s unrivaled ingredients and bustling culinary scene. My Spanish is pretty terrible considering I haven’t studied it since high school, so I didn’t extract as much information as I would’ve liked from the testimonials.

Fortunately, food is a universal language, and on that front, I understood every single word. Baja is a wonderland of good food and wine, and I feel incredibly lucky to have access to such a place. Please join me in supporting  our neighbors down south. It’s the delicious thing to do.