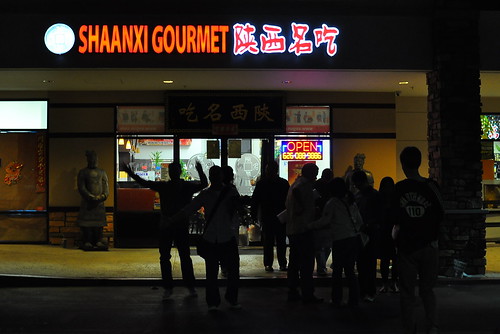 It’s been almost four years since The Astronomer and I visited Xi’an, the central Chinese city famous for its terracotta soldiers and Islamic cuisine. However, the moment we stepped foot into Rosemead’s Shaanxi Gourmet, our dormant memories came rushing back. With its guardsmen-flanked entrance, Chinese-only menu, and homey service, Shaanxi Gourmet transported us back to Xi’an for one night. 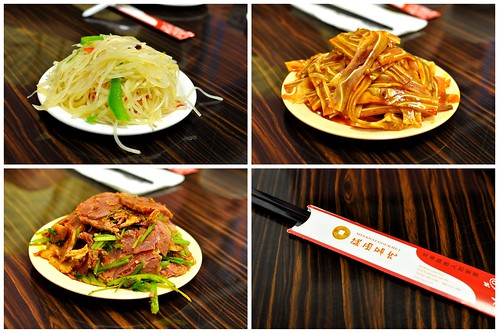 We were lucky enough to have the Kung Food Panda in our company this evening, which meant that the Chinese-only menu wasn’t a problem. For those dining without a Chinese speaker in tow, the restaurant’s walls are helpfully plastered with photographs of the most popular dishes.

To start, we dug into (clockwise from top left) shredded potatoes, congealed pig’s ears, and beef shank marinated in chili oil. The silky spuds were the surprise hit of the trio. Who knew raw potatoes could be so refreshing? 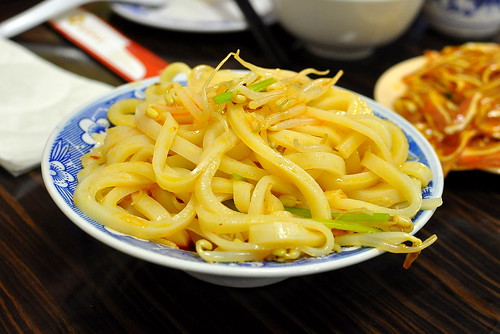 We also tried two versions of cold noodles. The one I liked best came simply dressed with chile, Sichuan pepper, and vinegar, which highlighted the noodles’ angular shape and springy texture. 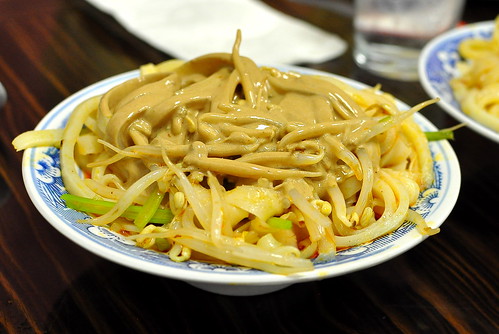 The other version we sampled was more or less the same as the first, but with the addition of an assertive sesame paste on top. The creamy sauce tasted all sorts of bitter to me, so I stuck to the one without. 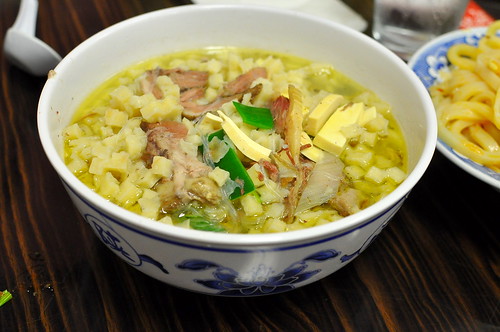 The most famous dish in Xi’an is a lamb stew served over torn bread called yang rou pao mo. The version here bypassed the tradition of tearing dense bread discs tableside, but the results were still delicious.

The broth was incredibly fragrant, with bits of shredded lamb, bean curd, and glass noodles swimming throughout. The doughy confetti that filled the bowl was a fine enough substitution for the hand-torn crumbles. A dish of pickled garlic, chilies, and cilantro was served on the side for garnishing. 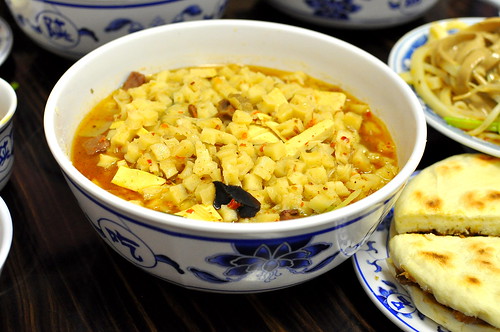 Danny also ordered a mildly spicier version that was similar to the original, but with a kick of heat in the back of the throat. 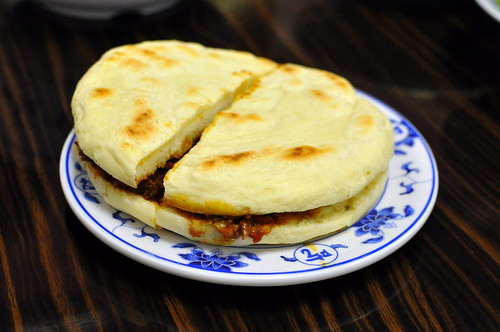 We also sampled two versions of lamb burgers, one filled with stewed shredded meat and another that was sour, spicy, and dotted with licorice root. Both were good, but the latter had a bit more character. 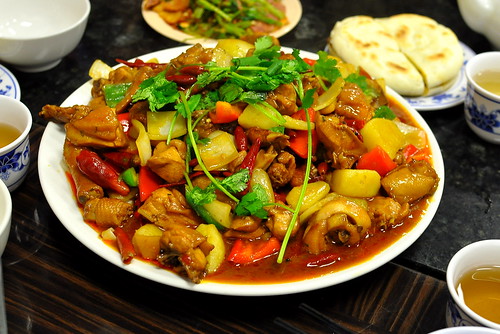 While I concentrated mostly on the carb-centric offerings, my dining companions dove into a “big plate” of spicy chicken with gusto. Underneath the massive serving of dark meat, chilies, bell peppers, and potatoes was a hidden bounty of noodles. Surprise! 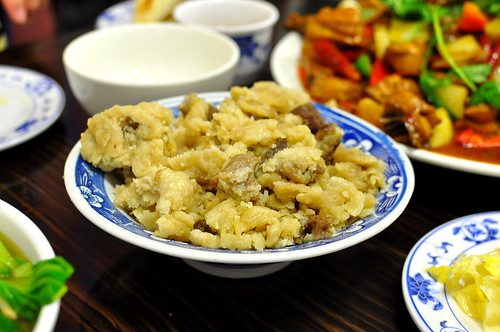 The only dish that failed to resonate with a single soul was the battered and steamed lamb—joyless and limp nuggets. 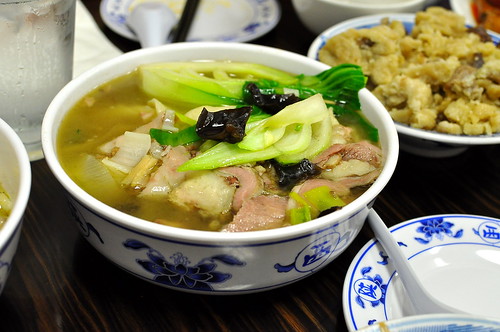 And finally, a soul-warming bowl of lamb soup with knife cut noodles. The flavors echoed some of the earlier dishes in the best way. 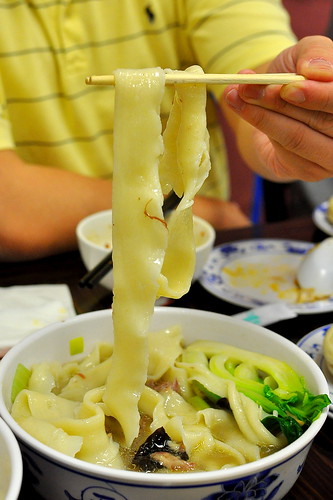 And those noodles: wide, bouncy, and full of goodness.

The chances of The Astronomer and I returning to Xi’an are slim considering how much of the world we have yet to see. So, it’s nice to know that we can reunite with the city’s greatest hits (including the terracotta soldiers!) right in our own backyard.

There’s more to eat in Rosemead: