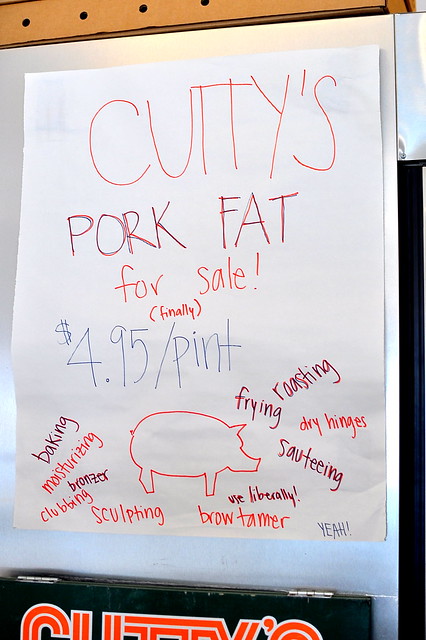 There’s little worse than boarding a flight on an empty stomach, so The Astronomer and I took Steph‘s advice and walked to Cutty’s for an early lunch following our tour of America’s Test Kitchen. 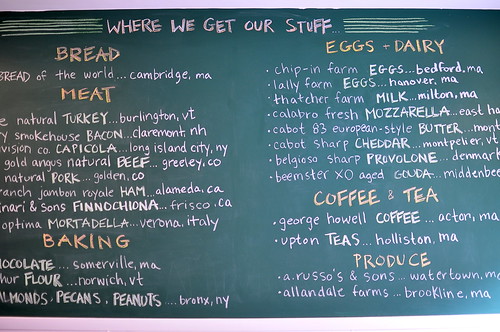 After years of working to perfect recipes for home cooks, the couple ventured out on their own in a quest to construct the best sandwiches using the best ingredients.

At Cutty’s, meats are all-natural and roasted on-site, eggs and dairy come from small, local farms, and potato chips, salads, pickles, sauces, and sweets are made in-house. Bread is delivered daily by Iggy’s Bread of the World in Cambridge. 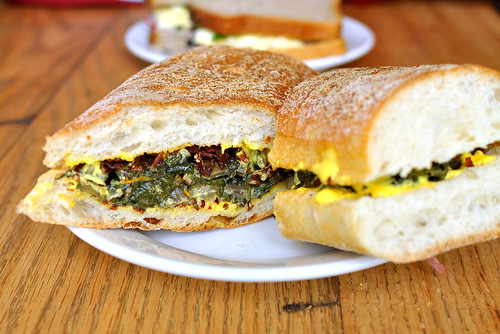 The thing to order at Cutty’s is their famous “Roast Beef 1000” with crispy shallots, Thousand Island dressing, and sharp cheddar on brioche. Sadly, both The Astronomer and I were reeling from palate fatigue at the tail end of our trip, so we passed on the beef and opted for vegetarian creations instead. Next time!

The Astronomer absolutely adored his “Greens Shallot” sandwich ($7.65) with sautéed Swiss chard, crispy shallots, and saffron yogurt on ciabatta. The deeply caramelized shallots, along with the hefty greens, packed a whole lot of oomph. The creamy saffron yogurt not only tied everything together, but kept our attention bite after bite. 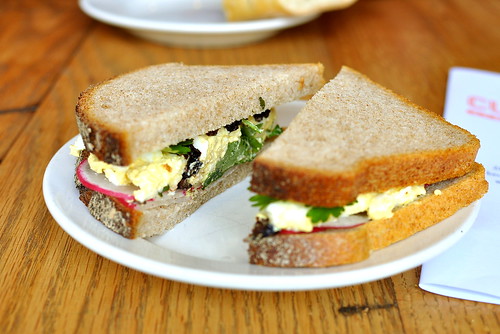 I was equally pleased with my simple “Egg Salad Radish” sandwich ($6.75) with oil-cured olives and cilantro on wheat. While this wasn’t as luxurious as the famous egg salad sandwich at Pasadena’s Euro Pane, it had a certain minimalist appeal that was perfect for a weary traveler on her way home. 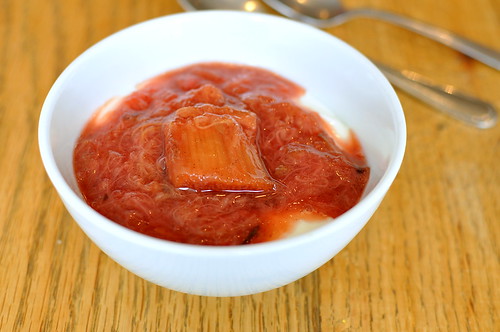 To finish, we shared a bowl of Greek yogurt topped with a rhubarb compote that was left over from Cutty’s breakfast menu. After I licked the bowl clean, we hopped on the T to Logan International. It was time to go home.