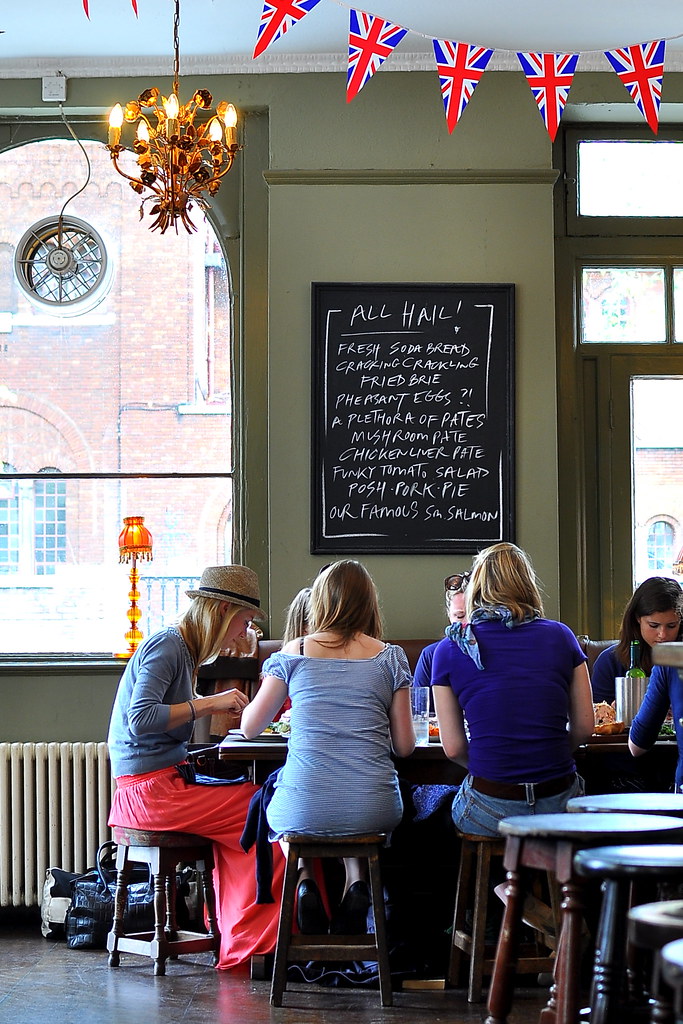 While digging into doughnuts at St. John Bakery and Spanish chorizo sandwiches at Borough Market, Su-Lin and I made plans to get together the following day for Sunday roast, a traditional British meal of roasted meats, Yorkshire pudding, vegetables, and gravy. Su-Lin insisted that our feast take place at Notting Hill’s The Mall Tavern, whose Sunday roast is considered to be one of London’s finest. 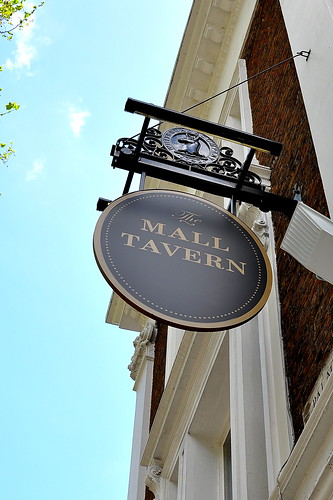 While The Mall Tavern has been around since 1856, Chef Jesse Dunford Wood has only been cooking his brand of “beautiful and colourful British food with a sense of humour” since 2010. In addition to roasts, the gastropub serves a seasonally driven menu featuring old school British delights like cow pies and arctic rolls. 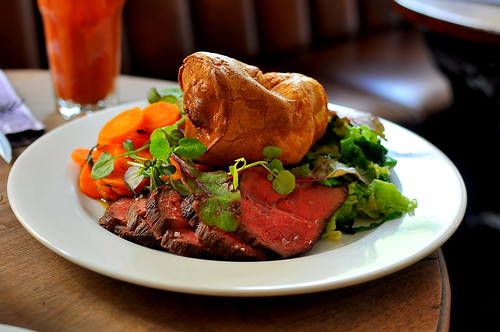 With four people in our party, we decided to order two different roasts and two of the pub’s signature dishes to share. The Roast Beef (£15) platter came with potatoes, heaps of carrots and shredded cabbage, as well as Yorkshire pudding.

The highlight of plate was the perfectly pink roast beef, which arrived thinly sliced and sprinkled with coarse salt. While The Astronomer preferred the meat straight up, I loved it with the chunky horseradish sauce served alongside. The Yankee contingent at the table was stoked to try the Yorkshire pudding, which was airy, hollow, and reminiscent of a popover. 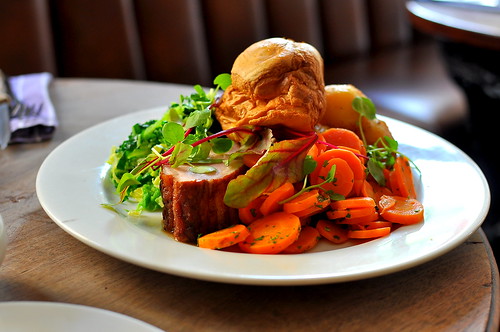 The Pork Loin (£15) platter was identical to the roast beef save for the protein. The thick hunk of pork was juicy enough, but it needed a splash of gravy and a swipe of apple sauce to liven it up a bit. 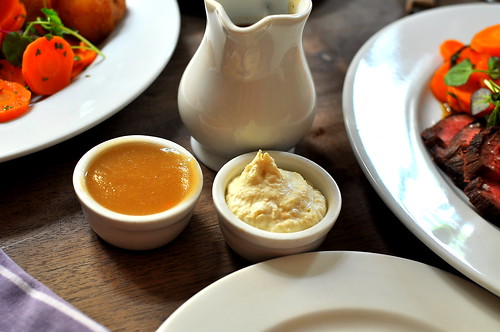 Gravy, apple sauce, and horseradish were on hand to add pizzazz to the roasted meat platters. You better believe things got saucy on my plate! 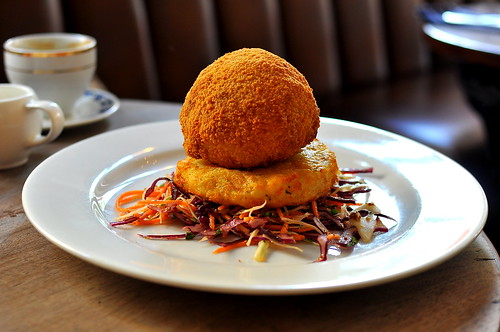 One of The Mall Tavern’s top sellers is the Chicken Kyiv (£14.50), a Ukrainian dish comprised of a boneless chicken breast pounded and rolled around cold garlic butter with herbs, then breaded and deep-fried. It was served atop a potato patty and slaw. 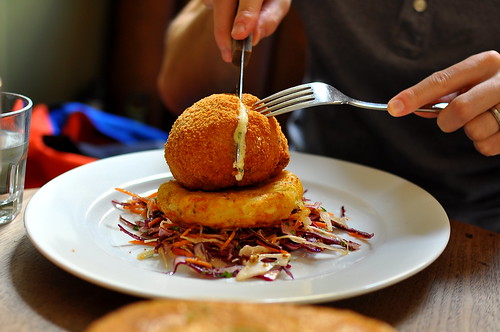 Su-Lin made sure that I had my camera ready to snap the moment when The Astronomer sliced into the crisp and golden kyiv. The buttery innards gushed out in an instant, soaking the spuds in goodness. We were chuffed to bits with this one. 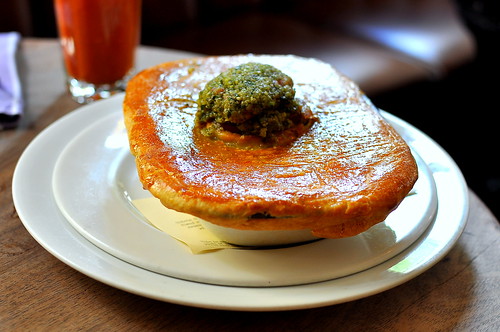 The greatest thing that I put in my mouth at The Mall Tavern was the famous Cow Pie (£14.50). Beneath the flaky pastry was a savory stew of tender beef, pearl onions, and mushrooms. While the filling was damn spectacular, what made this pie the dog’s bollocks was the beef bone in the center stuffed with marrow, breadcrumbs, and parsley. Yes, yes, yes. 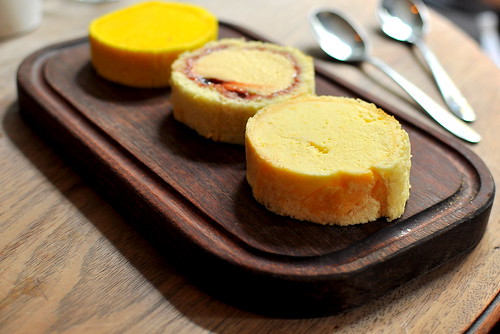 For dessert, Su-Lin introduced us to arctic rolls (£6.50), a British dessert traditionally made of vanilla ice cream wrapped in a thin layer of sponge cake to form a roll, with a layer of raspberry flavored sauce between the sponge and the ice cream. In addition to the classic version, we also sampled the Mango Lassi and “Tart Lemonade Tart” arctic rolls. The cool, fruity, light, and refreshing rolls were just what our palates needed following the thoroughly meaty Sunday roast.

Learning about and experiencing culinary traditions different from my own is truly the greatest part of traveling abroad. Thanks for showing us the Sunday roast ropes, Su-Lin! I’ll never forget that cow pie…

6 thoughts on “Sunday Roast at The Mall Tavern – London”