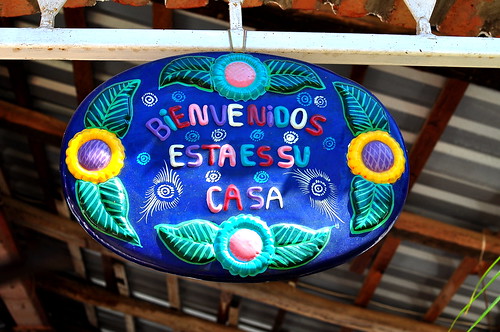 Not last week but the one before, I was whisked away to the sunny shores of Sinaloa, Mexico for the 18th annual Gran Fiesta Amigos de Mazatlán. As part of the festivities, I explored the gastronomical delights in and around the Mazatlán region along with two fellow food writers. It was a tremendous experience chock full of deliciousness, and I am excited to share the highlights from my trip in these coming posts. 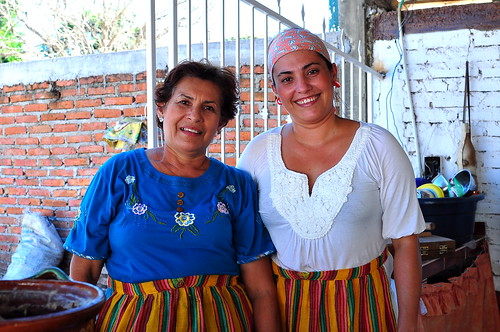 On my first full day in town, we hopped aboard a van and traveled to Puerta de Canoas, a teeny tiny town founded in the 18th century with just over 300 inhabitants. While it was a center for canoe manufacturing in the past, hence its name, these days the town is better known for raising cattle.

Here, we feasted on a traditional Sinaloan lunch prepared by two local ladies—Doña Rosa (left) and her daughter Monica. Sitting down to a home cooked meal in a part of the world where I didn’t have any friends or family was quite the treat and definitely one of the highlights of my travels. 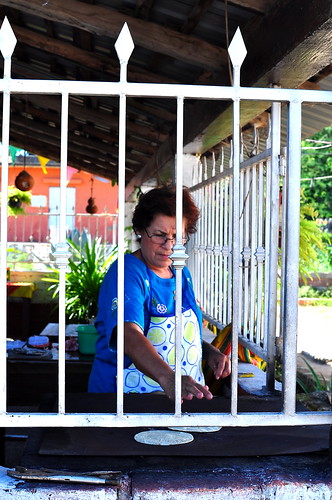 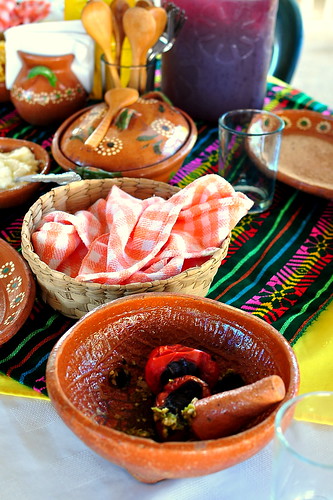 What made this luncheon even more special was helping to produce a few elements of it. Aside from preparing tortillas, we were also charged with making the salsa de molcajete. We began by mashing together a few pinches of salt with a clove of garlic using a mortar and pestle. Then, Monica added in two charred tomatoes and a charred Serrano chili to be mashed into the mix. 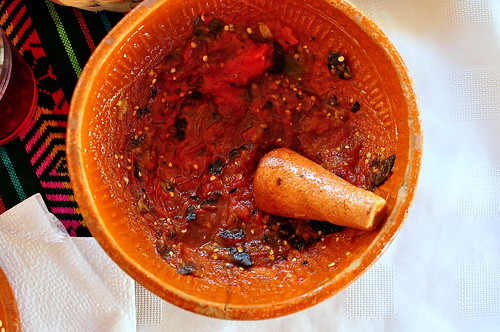 The result was a rustic and chunky salsa with a subtle but effective amount of heat. I know for certain that I will be drawing on this simple but sensational recipe time and again in my home kitchen. 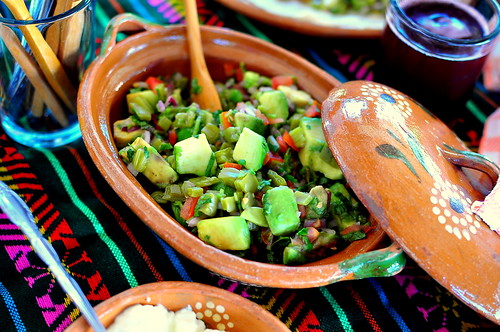 As an appetizer, Doña Rosa prepared a really delightful dish that didn’t have a name. It was comprised of a mixture of diced fresh avocado, cooked nopales, tomatoes, onions, cilantro, lime juice, and mild chilies… 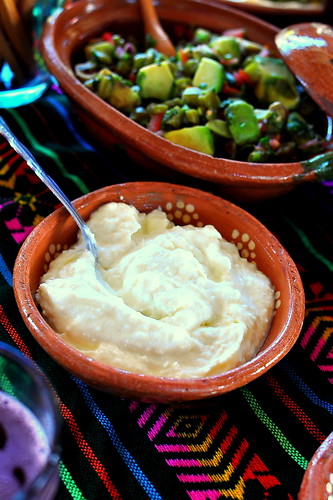 …and a wonderfully tangy and creamy cheese called jocoque. 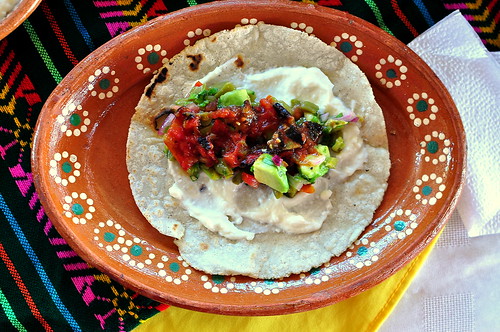 To assemble, I laid down a warm corn tortilla base, slathered it with jocoque, piled on a heap of the cactus and avocado salad, and finally, added a drizzle of salsa. Every element was tasty on its own, but together they were unstoppable. Spicy, creamy, tangy, earthy—this package was heavenly. 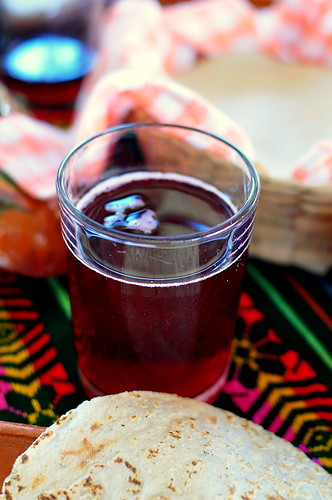 We sipped cool glasses of jamaica, a hibiscus agua fresca, along with our meal. 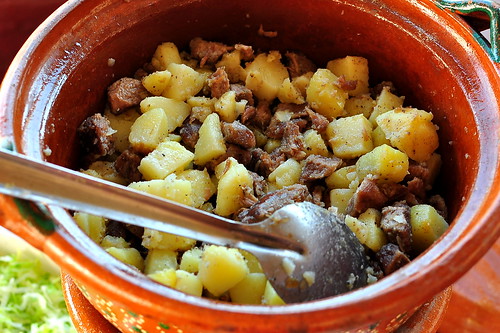 For the main course, we dug into hearty plates of asado Sinaloense. This specialty reflects the kind of cooking typically found in homes throughout the region. The beef and potato mixture that served as the foundation of the dish was gently seasoned and spiced. 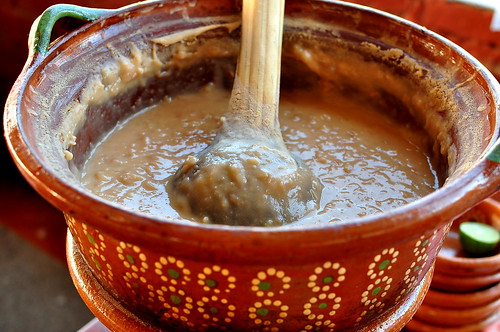 The beans, on the other hand, were a savory masterpiece. I usually don’t get too excited over stewed legumes, but this pot had it going on. 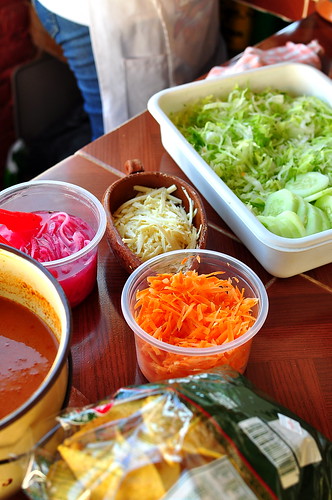 To round out the asado was a mild tomato-based broth, pickled red onions, grated carrots, shredded cheese, lettuce, and cucumbers. 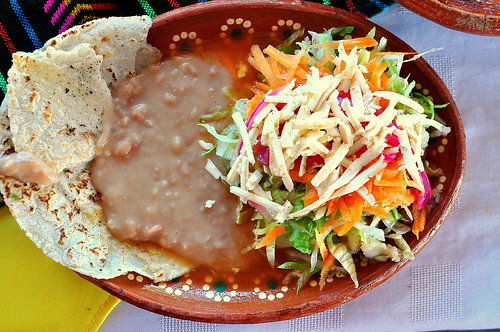 Doña Rosa was kind enough to assemble our plates. First came the beef and potato mixture, which was followed by a ladle of beans and tomato broth. The vegetables and cheese came piled on top. 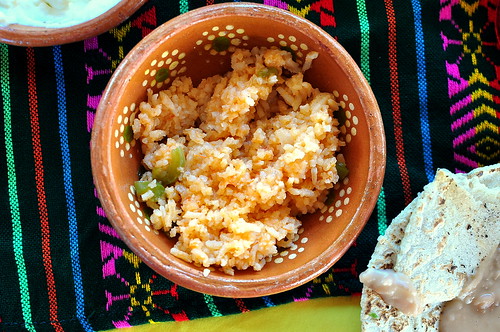 We were served a small bowl of rice on the side. This homey, stick-to-your-bones kind of fare suited me just right.

Following our lovely lunch, we walked around Puerta de Canoas… 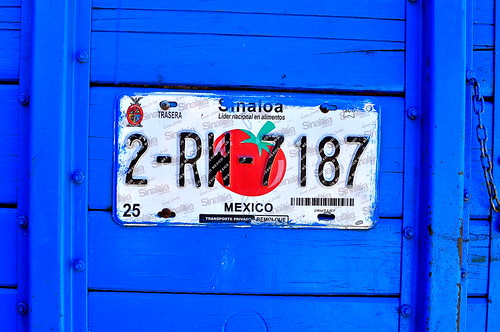 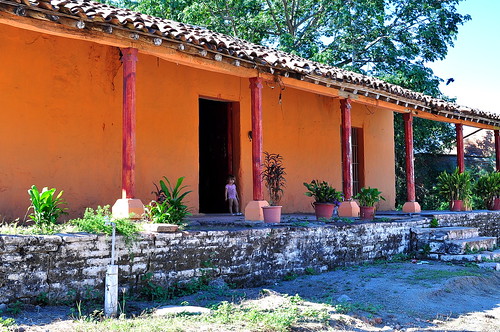 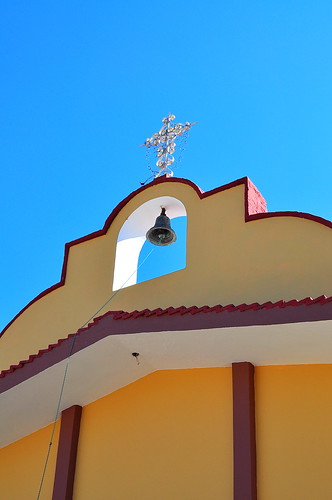 It was a most lovely afternoon.