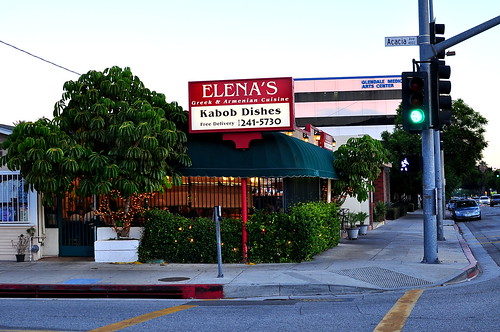 A few of my favorite gal pals and I are packing our bags and flying to Portland for a weekend of serious face stuffage next month. To plan and plot our ambitious dining itinerary, we recently powwowed over a most homey and comforting Greek-Armenian dinner at Elena’s. This trip is going to be epic. 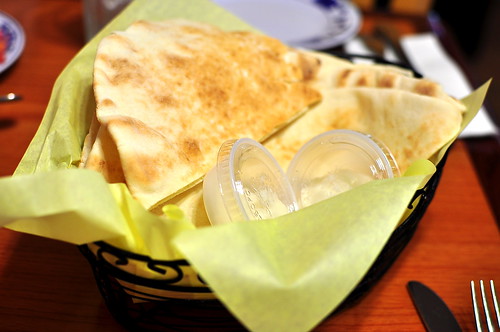 Hourie grew up in the neighborhood and has been dining at this three-decade-old restaurant for as long as she can remember. According to a 1997 Times write up about the place, “Elena Tchentchenian is the woman responsible for the cultural mixing. She was born in Greece but reared in Armenia, which accounts for the Armenian touches.”

Every meal at Elena’s begins with a basket of warm flatbread accompanied by the most addictive garlic “sauce” ever. Rumor has it that the sauce gets its body from mashed potatoes! 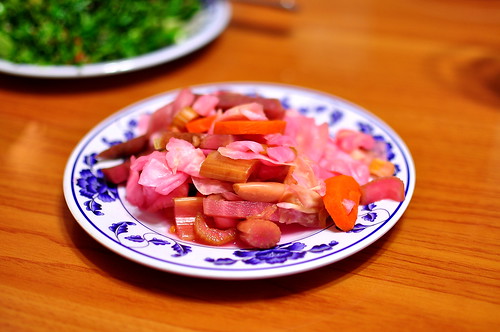 When I arrived at the restaurant, Lien and Hourie were already diggin’ into a sumptuous mezze spread. There were pretty pink pickles that make my mouth-water just thinking about them… 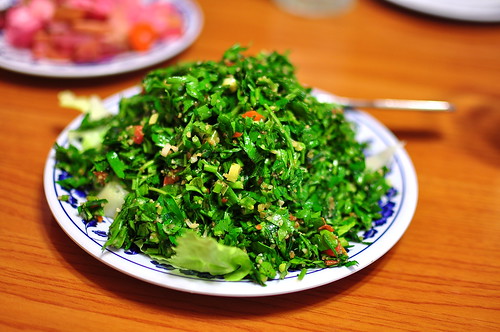 …a heap of fresh tabule ($4.99) that managed to transform plain ol’ parsley into a memorable event… 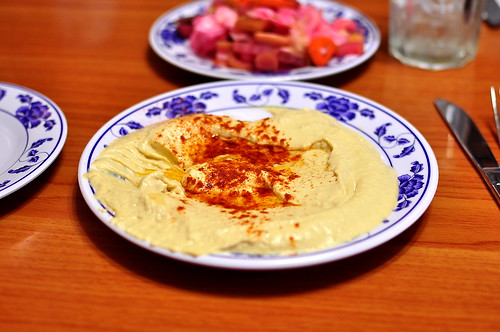 …and a platter of hummos/mutabel ($4.25) finished with olive oil that was well-balanced and silky smooth. 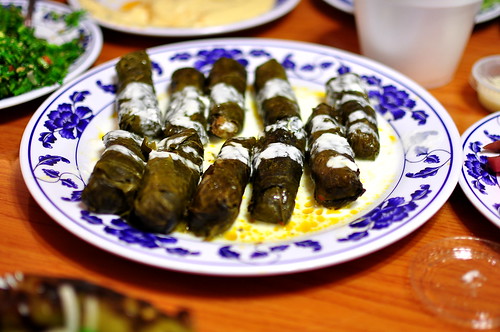 We also shared a platter of the best stuffed grape leaves I’ve ever encountered. Served delightfully warm, the lil’ dolmas were loaded with rice and ground meat and drizzled in cucumber yogurt sauce. 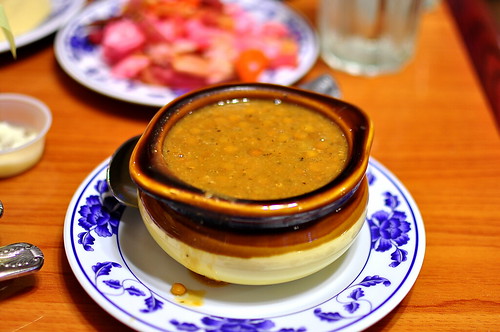 The menu at Elena’s is comprised of different combinations of grilled proteins served with a heap of rice, charred vegetables (green chili pepper and whole tomato), and a choice of soup or salad.

We all chose the house-special lentil soup to start. Its simple, comforting flavors really warmed us up. 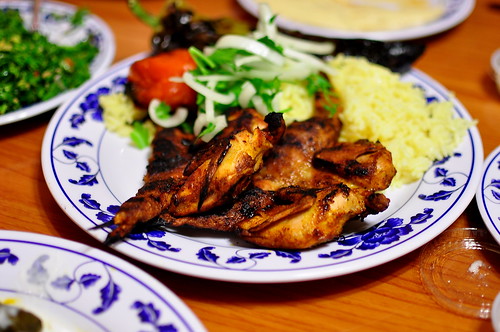 The main event arrived soon after; we ordered three different platters to share between the four of us. The quail ($8.25) came on strong with its crispy skin and juicy meat. 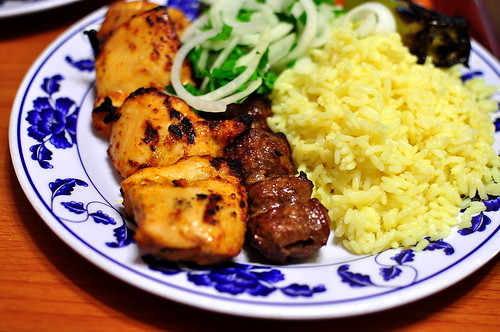 The next platter, half chicken and half lulu ($8.25), was equally impressive. I largely ignored the chicken, it’s my least favorite animal to eat after all, and focused on the incredibly juicy meat log. Why yes, I did just write “juicy meat log,” and I meant it too. 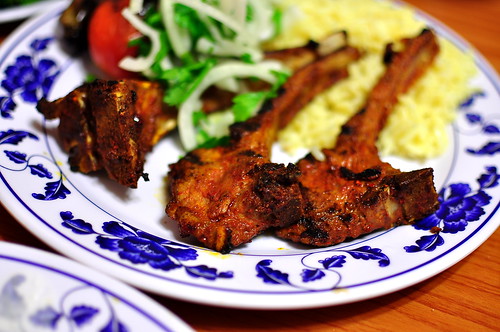 If this meal was any indication, we’ll be feasting like champions in PDX.

{What are your not-to-be-missed Portland haunts? Leave any suggestions in the comments. We’re all ears.}