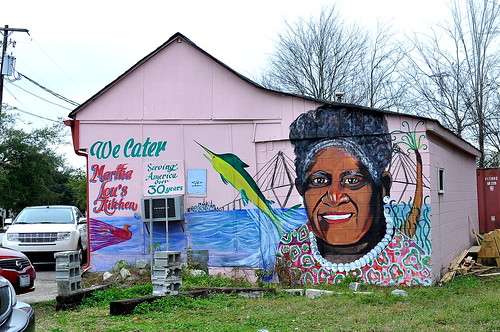 Martha Lou Gadsden’s pretty pink shack stands out in both form and function on this quiet, industrial stretch of Charleston. Opened in 1983, Martha Lou’s Kitchen has a garnered a reputation for stellar Lowcountry cooking; her fried chicken is especially admired. 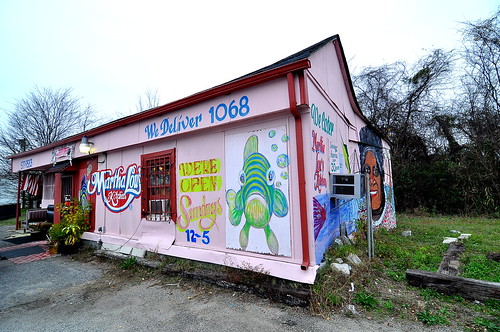 This unassuming restaurant made such an impression on my brother when he dined here a few years back that he insisted that I make my way here during my trip to South Carolina last December. The Astronomer and I came in for lunch just as soon as we could. 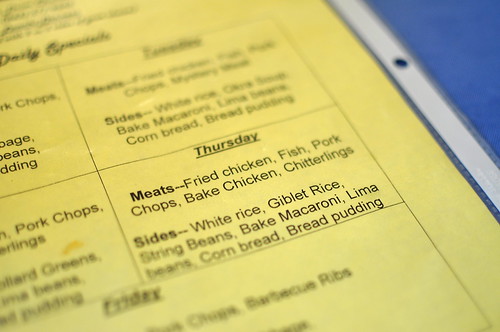 The menu of meats and sides changes daily, but thankfully, fried chicken is always available. 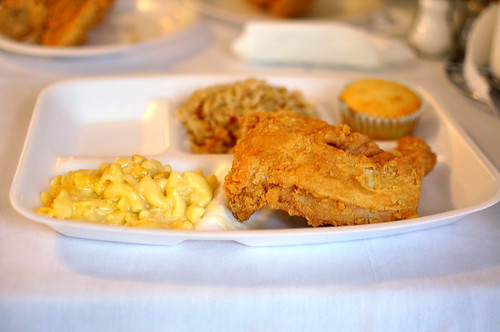 The Astronomer and I shared a fried chicken platter that included a fresh-from-the-fryer thigh and our choice of three sides. We chose the corn bread, giblet rice, and macaroni and cheese.

The chicken’s crispy coating, carefully seasoned and full of delightful crags, came through on all fronts, while the meat was as moist as hoped. Of the sides we chose, the giblet rice really hit the mark for me. 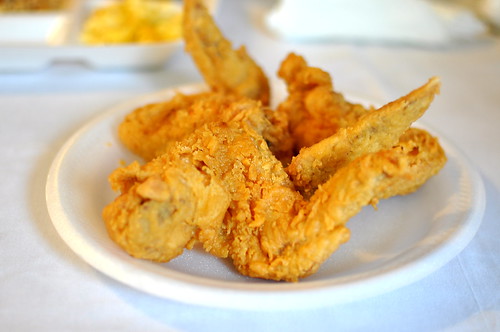 And because there’s no such thing as too much fried chicken, we also shared a platter of wings!

Martha Lou’s Kitchen is located off the beaten path, but it’s certainly worthy of a detour while visiting Charleston for the warmest hospitality and some damn good fried chicken.