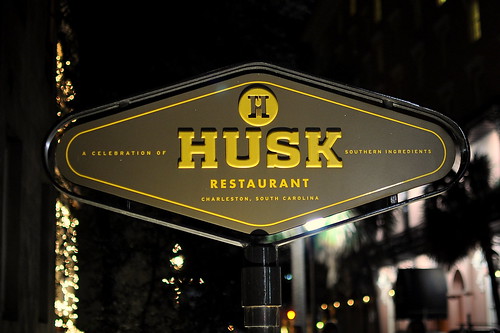 Chef Sean Brock‘s Husk is an absolute must-do for all food lovers traveling to or through Charleston, South Carolina. A celebration of southern ingredients, Husk prides itself on using only flora and fauna indigenous to the surrounding areas. “If it doesn’t come from the South, it’s not coming through the door,” says Brock. 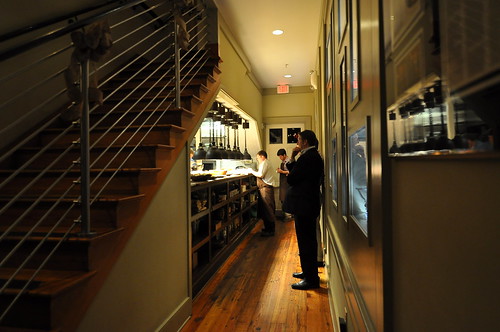 The restaurant, which is set in a grand ol’ building dating back to the late 19th century (image of the incredible facade below), was positively bustling when we came in.  The Astronomer and I, along with the entire Chaplin clan from Birmingham, settled in for a very fine post-Christmas feast. 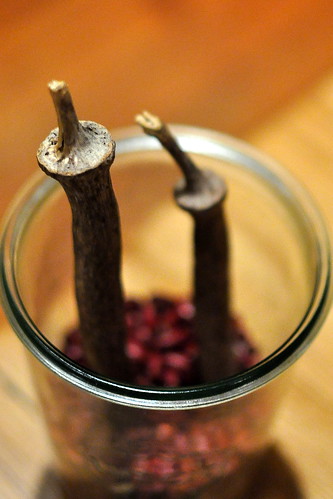 According to the restaurant’s website, “Seed-saving, heirloom husbandry, and in-house pickling and charcuterie efforts by the culinary team are the basis of the cuisine at Husk.”

The food served here, which is “modern in style and interpretation,” changes daily depending on what local purveyors are supplying the kitchen at any given moment. 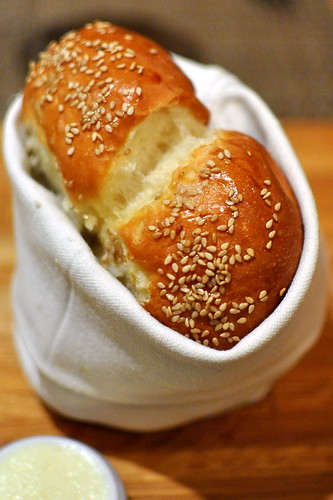 Every meal at Husk begins with warm rolls topped with benne seeds, the Lowcountry cousin to the sesame seed that was brought to the South from West Africa. Served on the side was pork fat-infused honey butter. A fabulous, soul-hugging start. 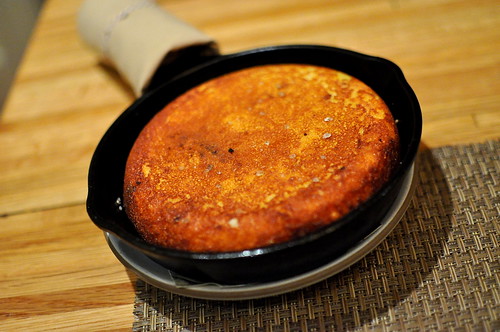 We also shared a skillet of cornbread made with a double dose of Allan Benton’s bacon and pork fat ($7). The exterior was gorgeously crisp and golden, while the flavor had a natural sweetness to it. It’s no wonder the cornbread is a menu mainstay. 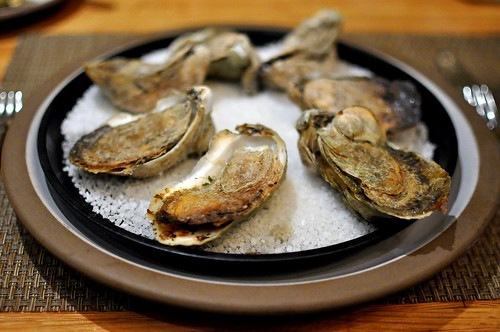 One of the things I love most about dining out with The Astronomer’s side of the family is their commitment to ordering a lot of appetizers. First up were fire-roasted Coosaw Cups oysters from Lady’s Island topped with fermented heirloom garlic butter and Husk kimchi ($15).

The kimchi and garlic butter’s flavors were surprisingly muted, allowing the smallish oysters to shine. 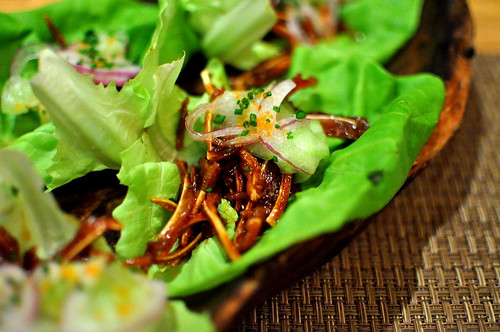 Another menu mainstay is the pig’s ear lettuce wraps with sweet vinegar marinated cucumbers, red onions, and cilantro ($11). The crunchy ears, caramelized just so, benefited from the lettuce’s freshness and the cucumber’s tang. Asian-inflected Southern cuisine—now, that’s something I can get behind. 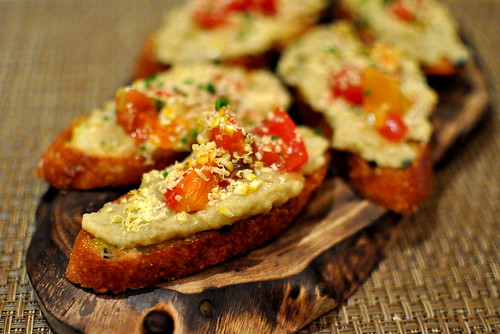 While the butter bean and field pea hummus ($11) didn’t sound particularly enticing on the menu, it was actually quite spectacular. Served on grilled bread with Wadmalaw heirloom tomatoes, pickled garlic, and meyer lemon, the hummus gave us something to talk about. 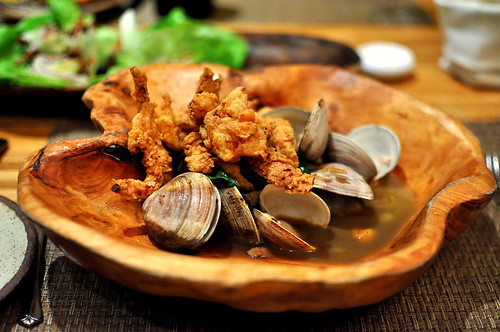 I also quite liked the wood-fired clams ($14), swimming in a Holy City Beer broth with sweet onion, spinach, shiitake mushrooms and fried chicken skins. Need I say more? Surf should always meet turf in this fashion. 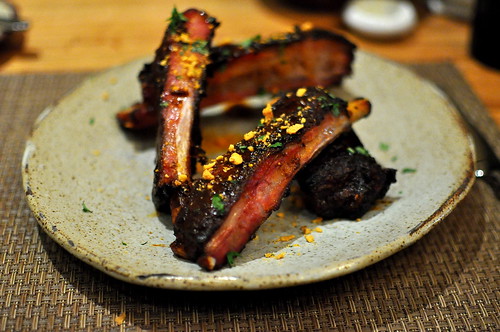 With such a hearty and satisfying slew of starters, I ordered another appetizer for my main course. The slow-smoked Tennessee pork ribs with Husk General Tso’s glaze, cilantro, and spiced peanuts ($14), were tender, sticky, and delicious. 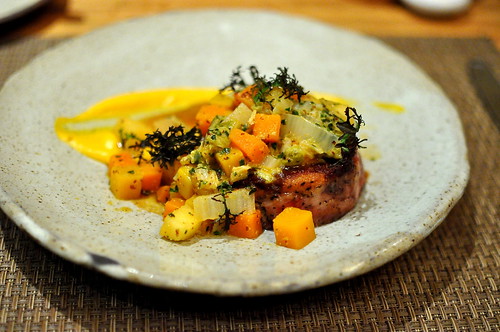 The Astronomer’s equally tasty but far richer selection featured a roulade of pork shoulder and pork belly, cooked sous-vide, then finished in the wood-fired oven ($30).  An heirloom pumpkin, turnip, and apple mostarda, as well as napa cabbage and bourbon glace, balanced out the pork’s intensity just right. 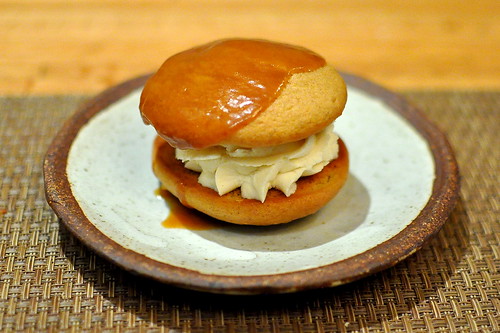 For dessert, the pumpkin whoopie pie ($4) with whipped ginger ricotta and sorghum caramel called out to me. Unfortunately, it wasn’t all that great—slightly dry and not too flavorful. 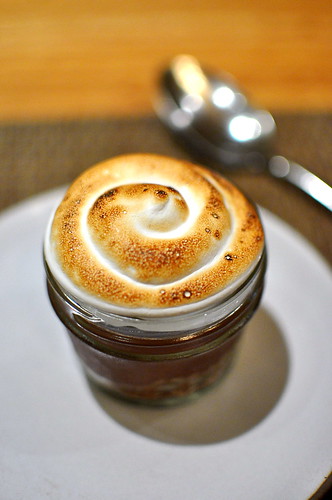 The Olive & Sinclair chocolate pudding cup ($5) with Anson Mills graham cracker crumb and toasted marshmallow, on the other hand, was very good. What’s not to love about smores in a jar? 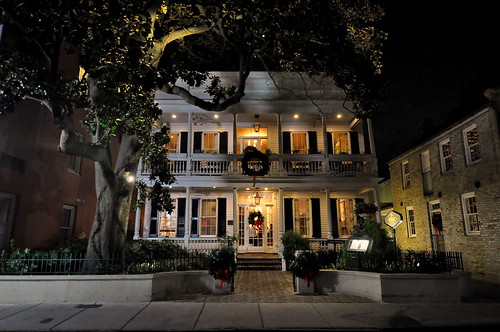 From the food to the setting and service, dinner at Husk was a thoroughly charming, quintessentially Charleston experience.

Eating well south of the Mason Dixon on Gastronomy: