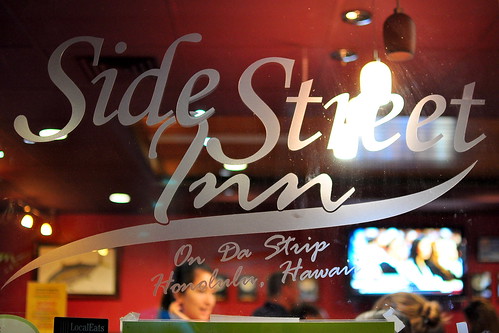 There’s a lot to like about Side Street Inn. From the bold cooking to the generous, family-style portions and warm smiles all around, it’s no wonder that Colin Nishida’s spot has been packed since opening its doors in 1992. 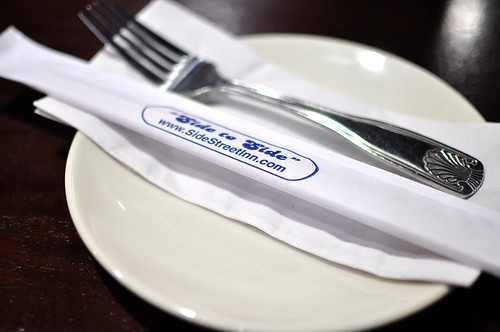 In his article for Food & Wine, Jonathan Gold aptly described the place as “An aggressively multicultural house of big eats that just happen to be served on shared platters, lubricated by oceans of beer.” Sounds like good times, right? Right!

The Astronomer and I, along with our friend Luscious Liana, dined at the newer and fancier Kapahulu location on an evening when we were feeling especially hungry. As is generally the case, we ordered way too much food and had a blast doing so. 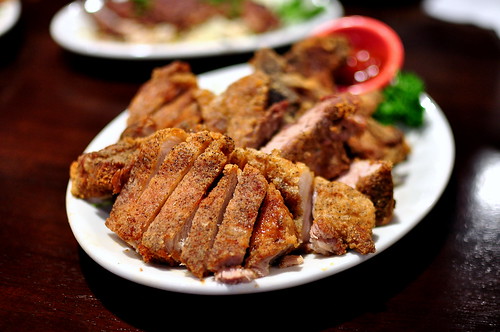 The first dish to arrive was “Da’ Famous Pan Fried Island Pork Chops” ($23). Seasoned and coated in a mix of garlic salt, flour, and corn starch then pan-fried to golden brown, the pork chops were “Crispy on da’ outside, Juicy on da’ inside!”—just like the menu promised. A little dip of ketchup and these chops were good to go. 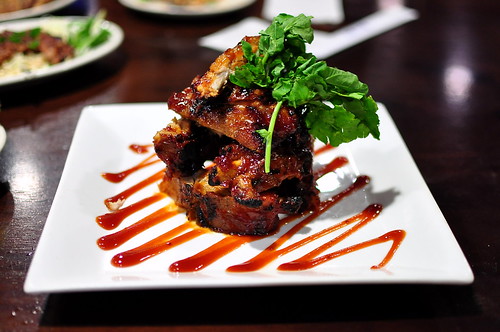 Up next were the house-special “Lilikoi BBQ Baby Back Ribs” ($18.75). Charbroiled and basted with passion fruit barbecue sauce, the ribs were awesomely tender and sticky sweet. What’s not to love? 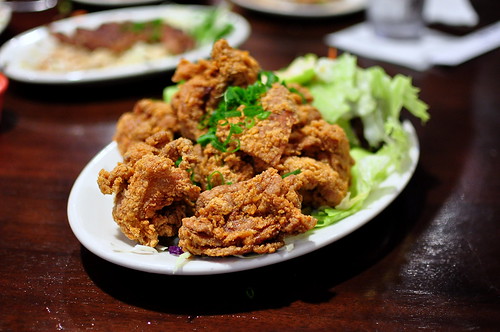 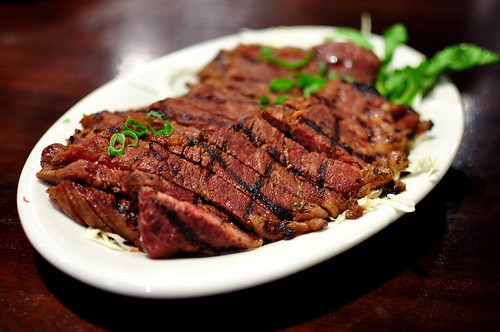 The boneless “Isle Style” Pulehu Short Ribs ($18) were seasoned simply with soy sauce and garlic and grilled over charcoal. Accompanying the beef was an intriguing “chili pepper water” and fresh garlic. 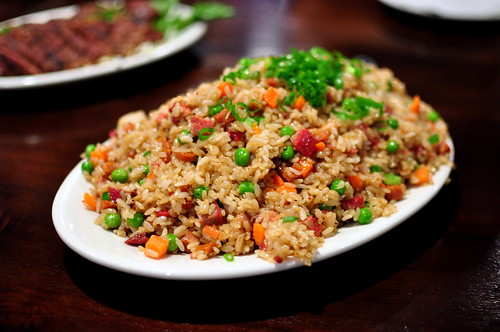 To accompany our parade of proteins, we dug into “Da’ Signature “Side Style” Fried Rice” ($13). Wok’d to perfection, the fried rice was brimming with bacon, Portuguese sausage, char siu, green onions, peas, and carrots. 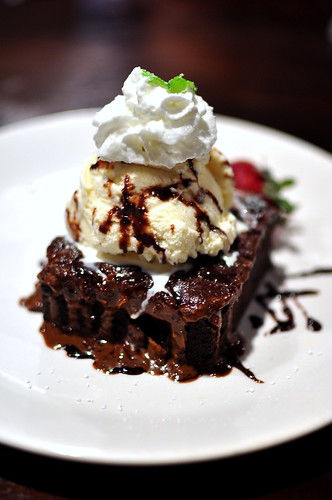 To finish, a little somethin’ somethin’ known as the “Peanut Butter Crunch” ($9.25), a fudgy raft of peanut butter and chocolate topped with a scoop of Roselani’s vanilla ice cream and drizzled in even more chocolate.

In case you missed it, previously written about Honolulu haunts: