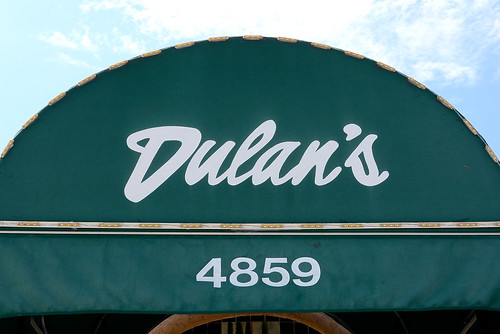 For a taste of southern home cooking in Los Angeles, look no further than Dulan’s on Crenshaw. Here at this brightly lit and simply appointed restaurant, owner Greg Dulan follows his father Adolf “King of Soul Food” Dulan’s footsteps, delivering delightful down-home fare that hits the spot like nothing else can. Adolf, by the way, owns the equally excellent Dulan’s Soul Food Kitchen in Inglewood. 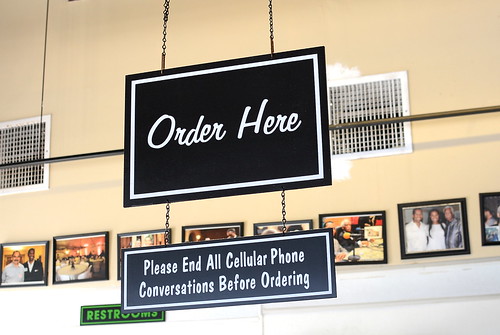 Dulan’s is laid out a bit like a cafeteria, with Styrofoam trays and steam tables at the front. While all menu items are available a la carte, most diners choose a “meat and two” combination that comes with two sides and two cornbread muffins. 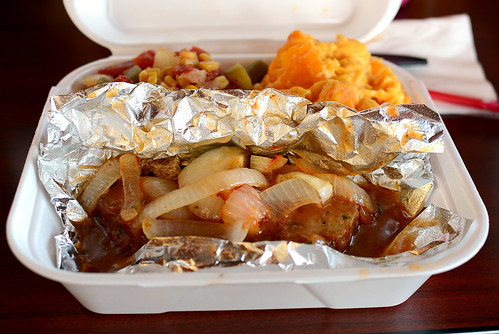 While my lunchtime companions couldn’t resist the fried chicken, the meatloaf ($10.95) was calling my name. Served smothered with softened onions and a ketchup-spiked gravy, the meatloaf had a homey and hearty way about it. I was pleased with my selection. 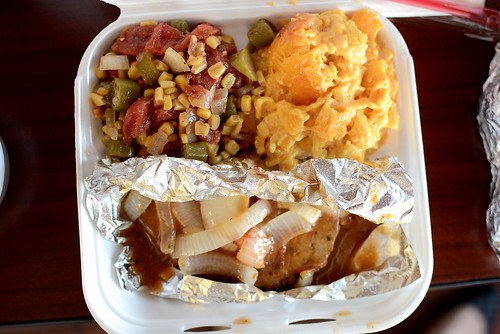 For my two side items, I selected the properly mushy Southern-style mac and cheese, as well as the corn and okra, a succotash of sorts. The virtuous latter balanced out the indulgent former just right. 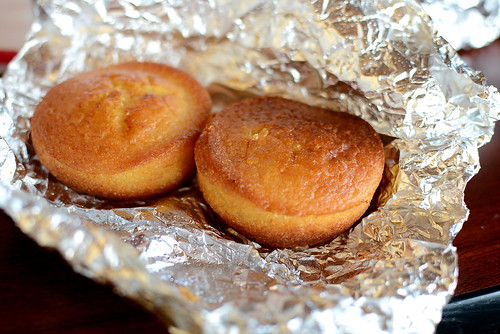 To complete the spread (and stretch our stomachs to maximum capacity): two Yankee-style cornbread muffins. 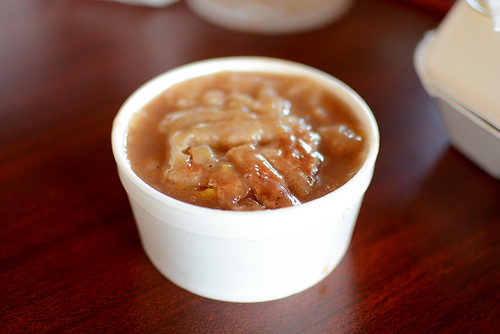 Even though everyone was super-duper stuffed following our meat and twos, we somehow made room for dessert. While my co-workers went for layered cakes and sweet potato pie, I settled on the nutmeg-heavy peach cobbler—a warm, tart, and slightly gooey finish. Mmm…