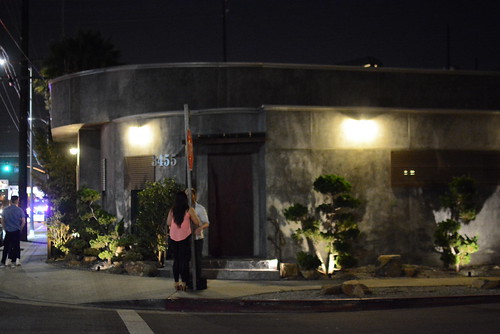 I try not to throw around the word “perfect” too often, but there’s no way around it when it comes to Chef Niki Nakayama’s n/naka. From food to service and ambiance, this place is as perfect as they come. There, I said it. 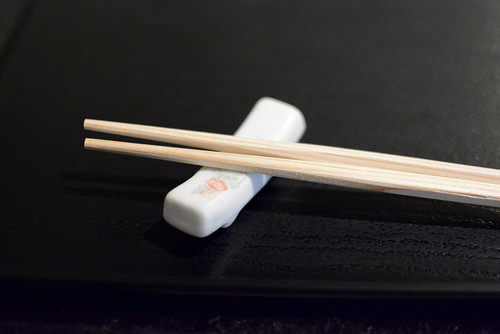 Chef Niki serves a 13-course “Modern Kaiseki” nightly ($185). The menu changes with the seasons, and with the chef’s whims, while the flow of the meal adheres to Japanese traditions. The three hour experience is beautifully orchestrated and paced  just so, leaving diners pampered, satisfied, and feeling thoroughly justified for indulging in something so extravagant. 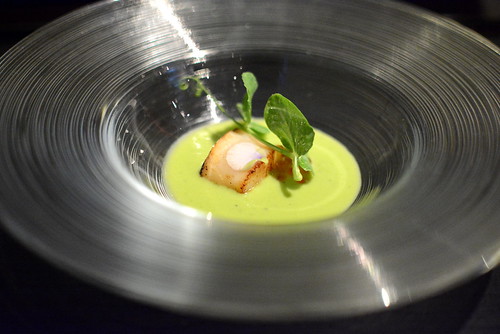 Our meal began with Saki Zuke, “a pairing of something common and something unique,” grilled Japanese scallop with ikura (salmon eggs) and English pea soup. 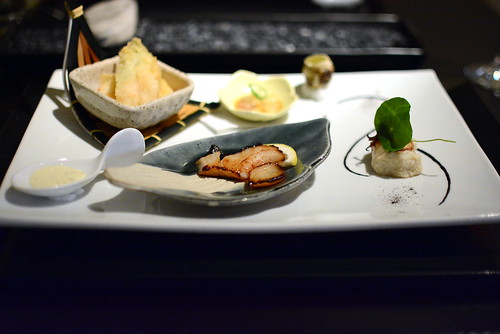 The Zensai, “seasonal ingredients presented as an appetizer,” consisted of four small bites: 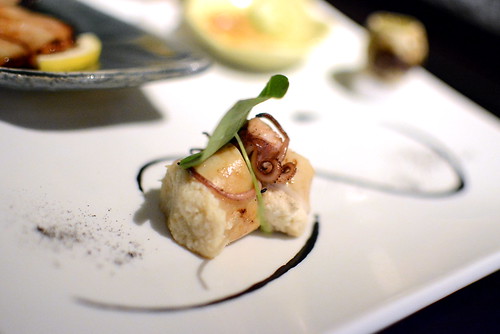 There was grilled squid stuffed with blue crab, paired with a quail egg yolk and squid ink sauce… 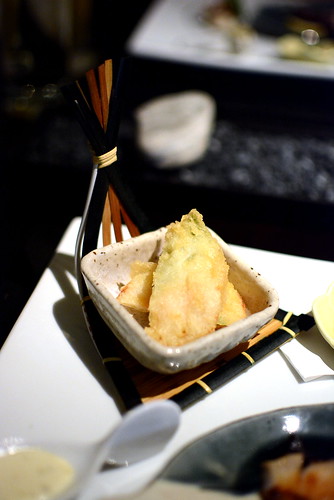 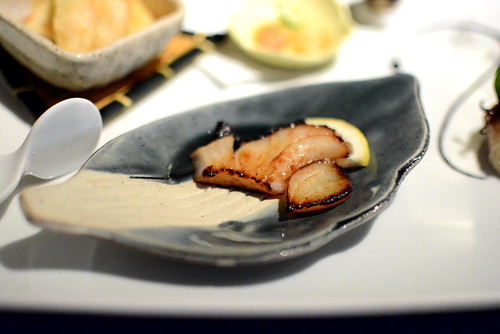 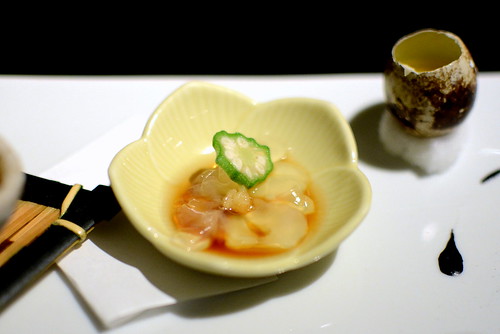 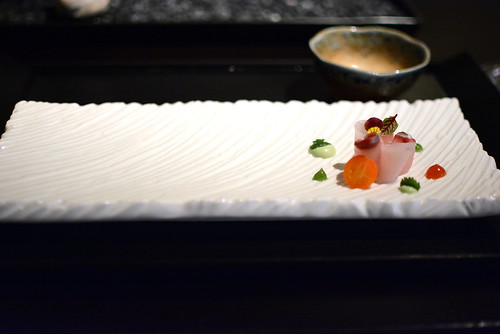 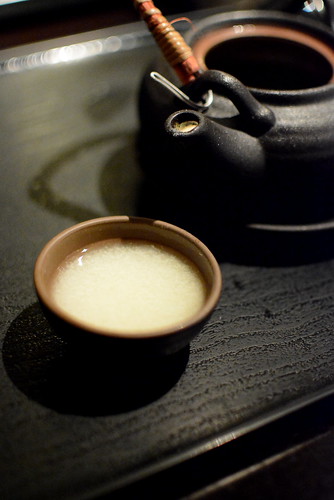 One of my favorite courses was the Owan or “still water.” The baby corn and snow crab soup, which was steamed and served in a dobin mushi (tea pot), seduced with its subtle sweetness. 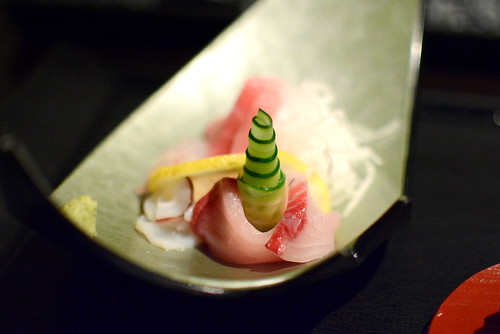 Next up was the Otsukuri or “traditional sashimi,” which included pristine cuts of hirame (olive flounder), hamachi (yellowtail), nama tako (octopus)… 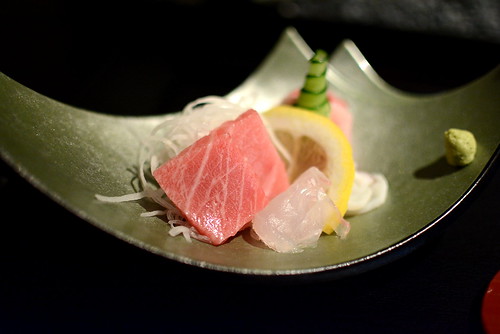 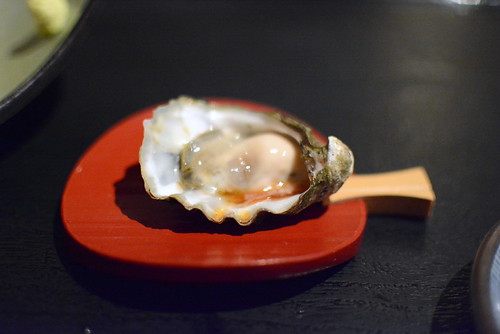 and a seriously slurp-able Shigoku oyster. 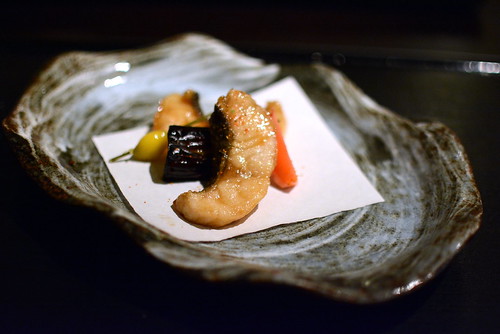 The Agemono or “fried” course featured a tender filet of Branzino served with pickled radish and Japanese eggplant. 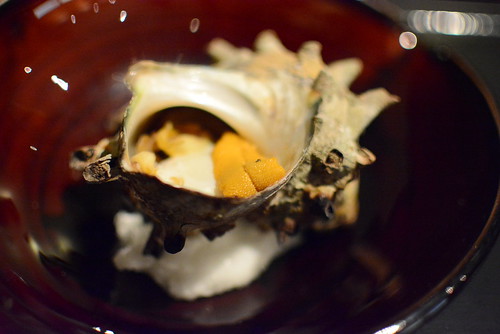 The Mushimono or “steamed” course was centered on sazae, a kind of sea snail, served in its shell with a quail egg, mitsuba (Japanese wild parsley), and shiitake mushrooms. 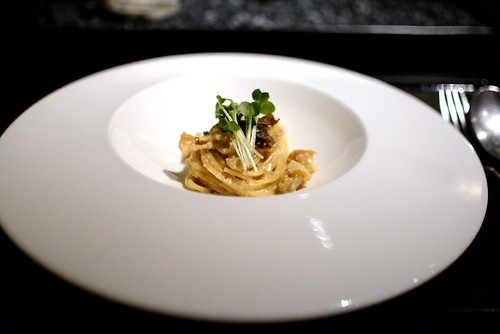 I was most looking forward to the Shiizakana course, which is described as “not bound by tradition, the Chef’s choice dish.” The made-from-scratch spaghettini with abalone, pickled cod roe, and Burgundy truffles knocked it out of the ballpark for me. The modest twirl of noodles left me wanting more (and more). 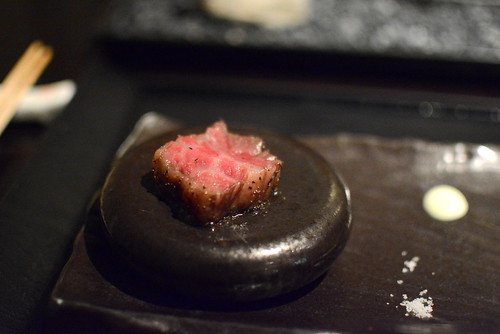 And then there was the Niku, also known as the meat course, featuring A5 grade Matsuzaka Wagyu beef. The marbling was so intense that the bite-sized morsel turned out to be more than satisfactory. A bit of wasabi and salt were on hand to reel in its unctuousness. 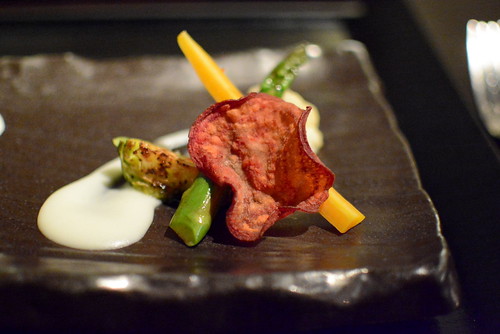 Served on the side were a crispy beet chip, asparagus and carrot spears, and a charred Brussel sprout. 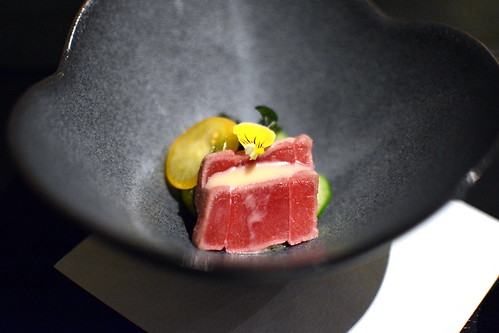 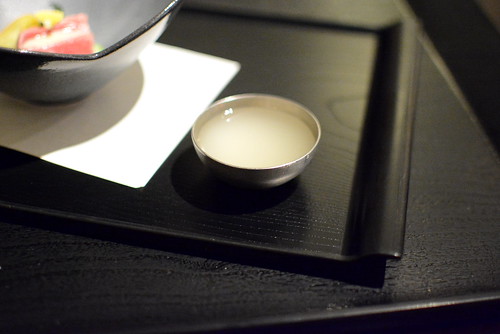 Served on the side was a refreshing shot of yuzu-infused saké from Kyoto. 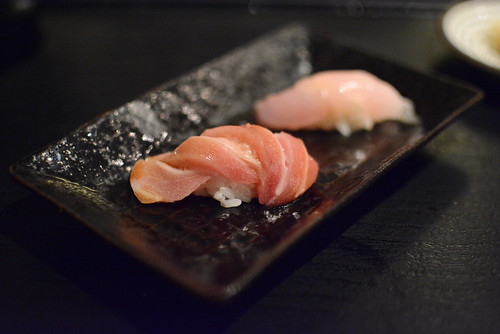 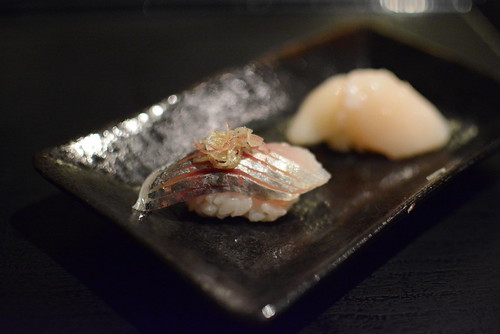 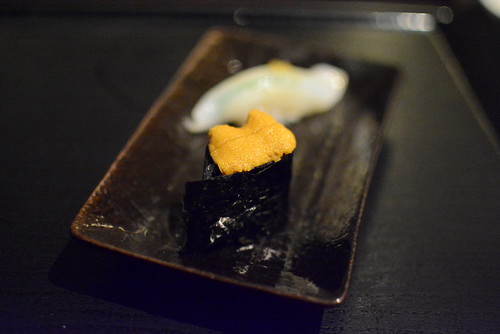 …uni (sea urchin) and ika (squid). I didn’t want this course to end. Ever. 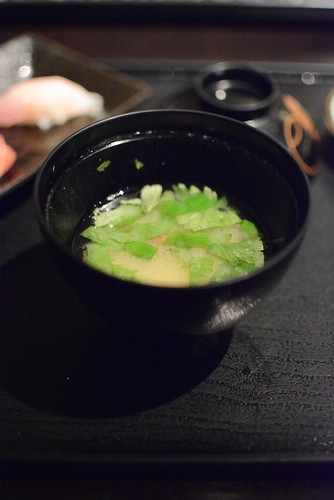 A warming cup of miso soup wrapped up the savory portion of our tasting. 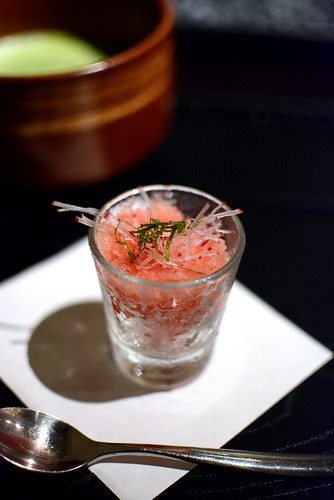 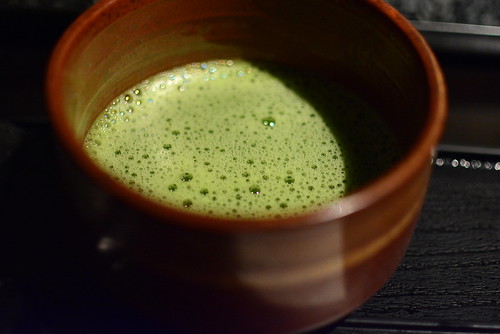 Served alongside the granita was freshly brewed matcha green tea. 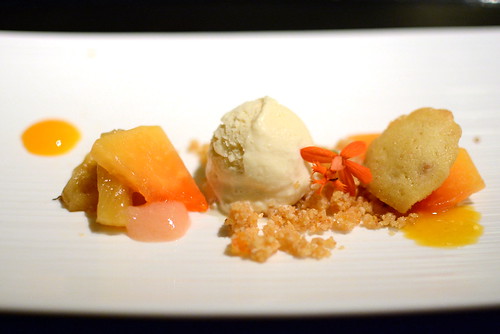 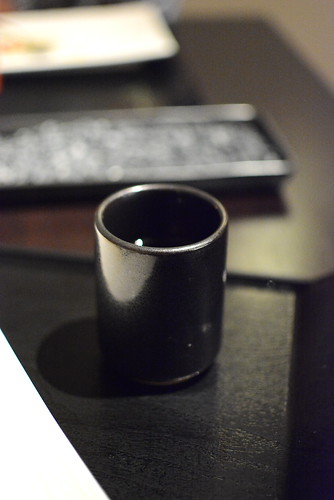 Warm roasted green tea delivered us to the finish line. 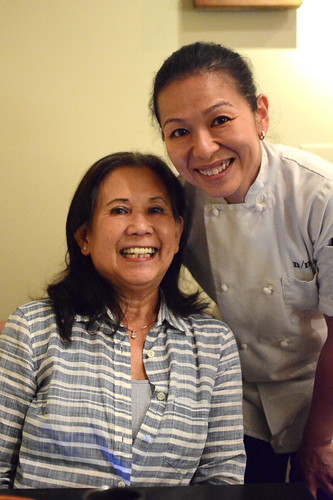 Before departing into the night, Chef Niki came by to say hello to Mom and me and to thank us for coming in. The gesture was very much appreciated.

Thank you for a tremendous evening, Chef Niki. I will be back as soon as my bank account recovers. Wink, wink.