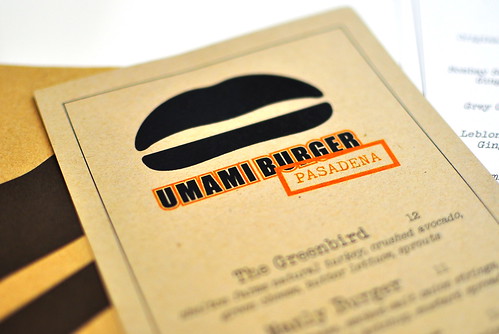 In the span of less than five years, restaurateur Adam Fleischman has expanded his “fine-dining fast food” concept Umami Burger across Los Angeles and into San Francisco and New York City. Just last week, an outlet popped up in my Pasadena stomping grounds, taking over the space formerly occupied by Naga Naga Ramen. My cousin Phil and I swung by last Thursday evening to scope out the latest addition to our neighborhood. 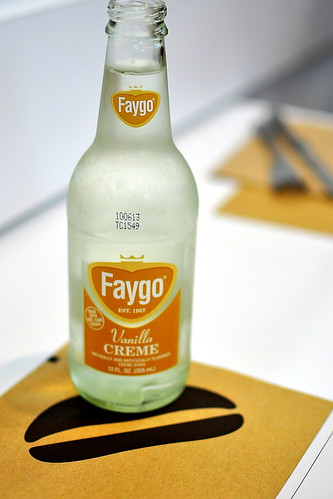 The Pasadena location has a full alcohol license, which means plenty of beer, wine, sake, and liquor to keep burger-goers hydrated. Even though the cocktails sounded mighty enticing, especially the “Perfect Pear” with vodka, honey, lemon, and mint, I opted for a bottle of fancy pants cream soda instead. Phil went for a gin and tonic, his most favorite drink in all of the land. 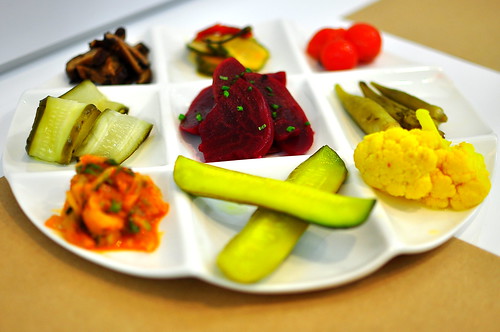 Like my dear Astronomer, Phil isn’t much of a pickle guy, so I cleaned house on the “House Pickles” ($5) solo. From the selection of beets, shitake mushrooms, bread and butters, cauliflower, okra, tomatoes, kimchi, and spicy cucumbers, I was most impressed with the curried florets and properly funky kimchi. 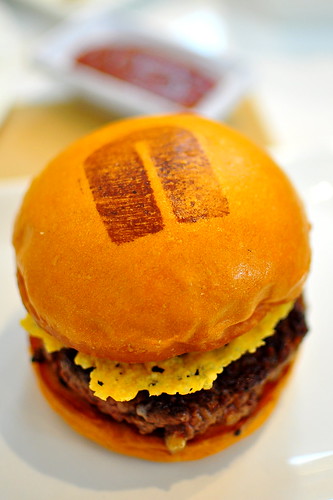 All of Umami’s burgers are built upon the concept of umami, or the fifth flavor. Each creation begins with a loosely packed beef patty griddled a perfect medium-rare and nestled on a cleverly branded Portuguese-style bun.

While I’ve tried the Manly Burger, Truffle Burger, and Shrimp burger at downtown’s Umamicatessen, this was my first time sampling the signature Umami Burger ($11). Every element from the caramelized onions to the roasted tomatoes to the house-made ketchup and Parmesan crisp was designed to strike umami gold. 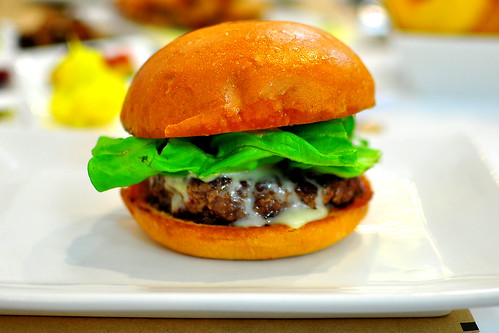 The Cali Burger ($10) came topped with butter lettuce, a roasted tomato, “house spread,” American cheese, and caramelized onions. The toppings were perfectly thoughtful, but the beef and bun out-shined ’em all—the sear and caramelization on the patty were outstanding. 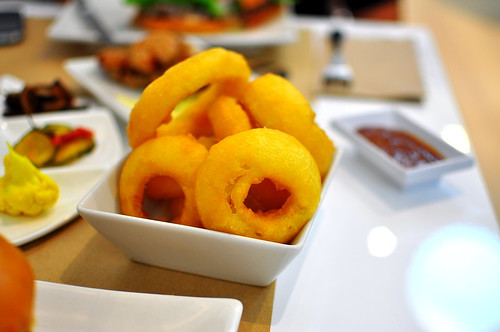 On the side was an order of tempura onion rings ($3.50), which managed to taste light in spite of their thick coating. The house-made ketchup went great with these. 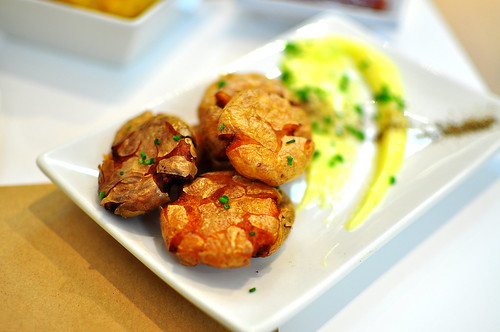 I also insisted on a plate of Smushed Potatoes, ($4.50), double-fried Dutch Yellow Creamers served with a chive-flecked garlic aioli. These are a must with any burger. 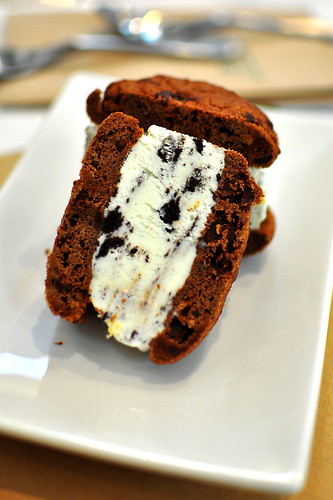 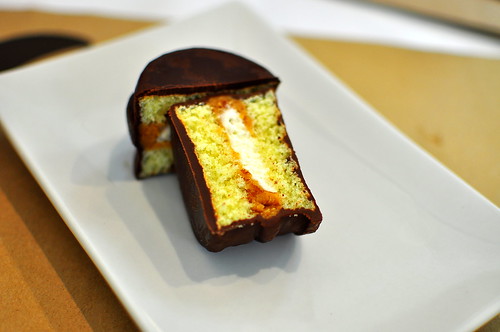 Welcome to the neighborhood, Umami Burger! I hope you’ll stay for a while.