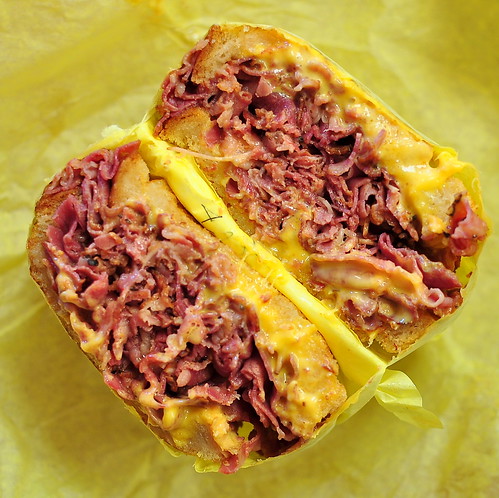 A co-worker’s birthday brought me and my fellow worker bees to The Hat for a festive lunch. I’ve visited this 63-year-old palace of pastrami twice prior, but didn’t swoon until this time around. Hello, Grilled Cheese with Pastrami! 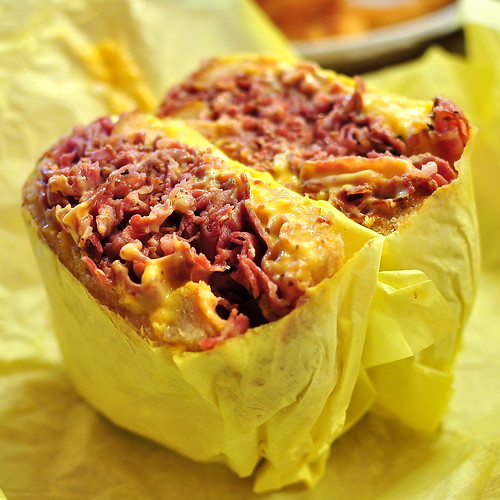 While in the past I stuck to ordering The Hat’s signature pastrami sandwich, mountainous heaps of intensely seasoned and thinly sliced meat served on a French roll, this afternoon I created an off-menu beast. Using the restaurant’s grilled cheese sandwich as my base, I requested the addition of pastrami to pair with the ooey gooey American cheese smooshed between two buttery slices of toasted sourdough.

The results? Simply, positively, absolutely divine. The cheese mellowed the pastrami’s intrinsic saltiness, while the golden sourdough bested the usual roll by a mile. A side of onion rings with ketchup, and I was in (preggo) paradise. 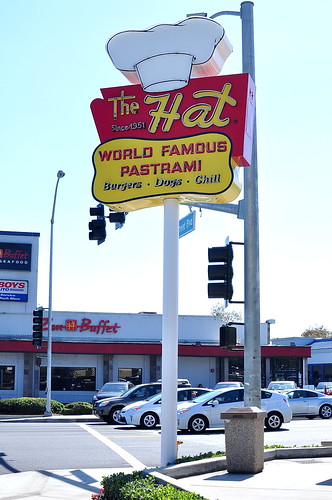 There are currently ten The Hat locations thriving in and around the San Gabriel Valley and Inland Empire. Each one is lit with a neon sign with a chef’s toque and the words “World Famous Pastrami.” Come and get it.

If you love pastrami…then you’ll love:

3 thoughts on “{swoon} Grilled Cheese with Pastrami at The Hat”