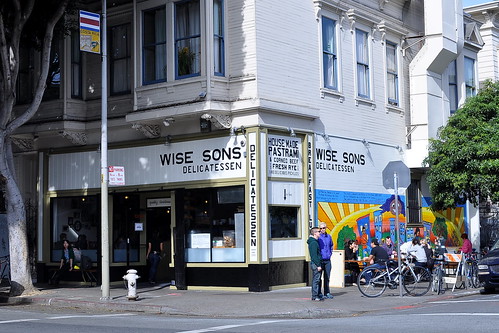 The Astronomer and I road tripped to the city by the bay this past President’s Day weekend. While the bulk of our days were filled with catching up with friends and family, we were able to sneak in one food-centric outing: Wise Sons Jewish Delicatessen. I love Jewish delis, both old school and new, so I was excited to taste this latest San Francisco treat. 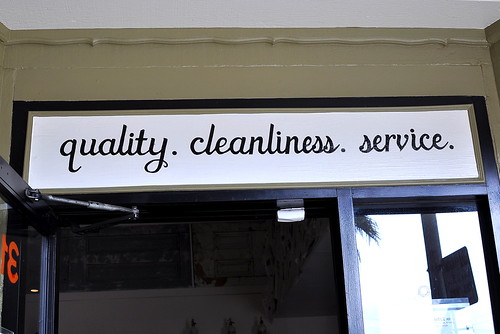 Evan Bloom and Leo Beckerman, the two guys behind the operation, met in 2003 while studying at UC Berkeley. According to 7x7SF, the two threw a weekly 250-person barbecue for Hillel House, the Jewish student center, which led to a pop-up that eventually graduated into a stand at the Tuesday Ferry Plaza Farmers Market. In February of last year, they opened Wise Sons Jewish Delicatessen on 24th Street in the Mission. 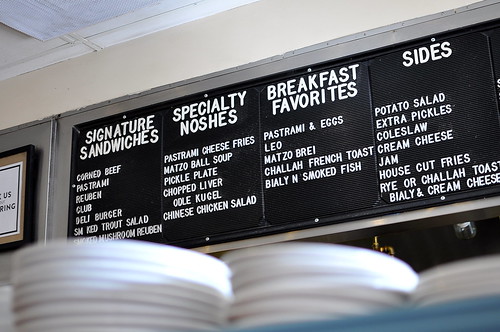 The deli is run in fast-casual fashion, with a line snaking out the door most of the time. Since it was our first visit to Wise Sons, we took advantage of the extra few minutes to digest the menu and to make some tough decisions. 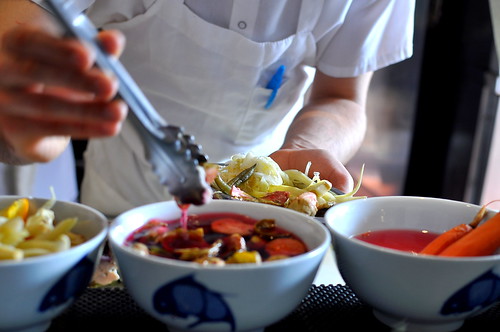 Save for the weekends-only bagels, everything on the menu is made from scratch. The display of house-made pickles in Asian rice bowls made my heart skip a beat. 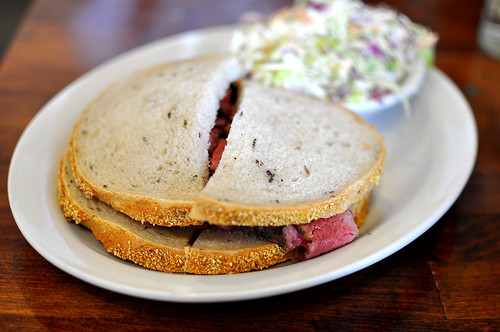 It was imperative on this inaugural visit to sample Wise Sons’ house-smoked, seven-day-brined pastrami on double-baked rye bread ($12.50). The sandwich was served with a pickle and a choice of potato salad or coleslaw.

While the meat of the matter was certainly good, it paled in comparison to our pastrami gold standards, namely Langer’s, Katz’s, Schwartz’s, and Mile End. When it came down to it, the pastrami was neither as tender nor as flavorful as the rest. Truth be told, an average pastrami sandwich is still pretty darn tasty. 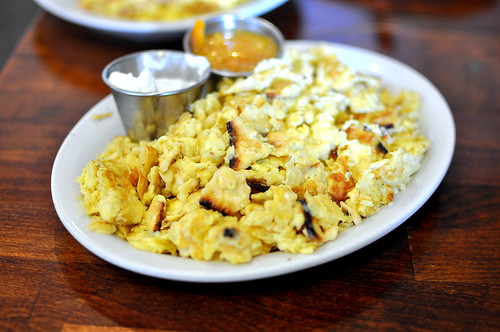 We also shared a platter of matzo brei ($9), a mash-up of matzo and scrambled eggs that I had only read about in Ruth Reichl’s memoirs. Our sweet version was served with sour cream and marmalade. This dish was seriously filling and reminded me in a way of one of my favorite comfort foods from childhood, nui chien. 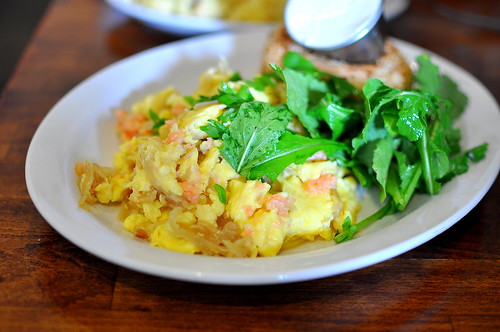 Our third savory dish was the L.E.O. ($12), an acronym for lox, soft-cooked scrambled eggs, and caramelized onions. From the menu’s description, I was anticipating a composed plate of L, E, and O, but instead the ingredients arrived scrambled together. Cooked smoked salmon has always struck me as a travesty, and that was definitely the case here. 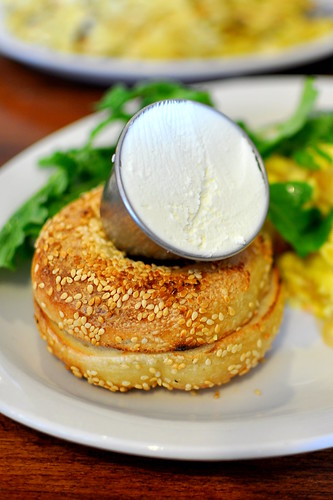 The Montreal-style bagels from Oakland’s Beauty’s Bagel Shop served alongside the L.E.O. made everything better. It’s hard to stay mad for long when there’s a warm, toasty bagel generously shmeared with cream cheese to be eaten. 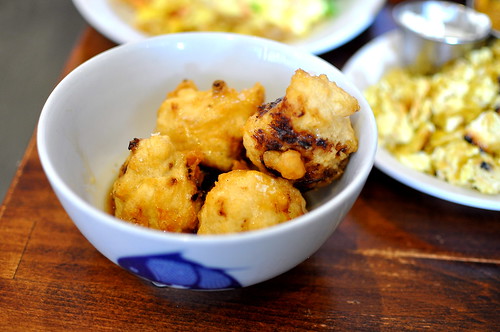 The best dish of the day was the noodle kugel ($5), a sweet noodle bake fried crispy and served in a pool of maple syrup. Yes!

The Astronomer and my mid-morning feast at Wise Sons had its highs and lows, but I left feeling upbeat about the establishment as a whole. Mostly, I loved being able to try homey Jewish dishes that usually aren’t served in restaurants. I need more noodle kugel in my life.

There’s more to eat in San Francisco on Gastronomy: