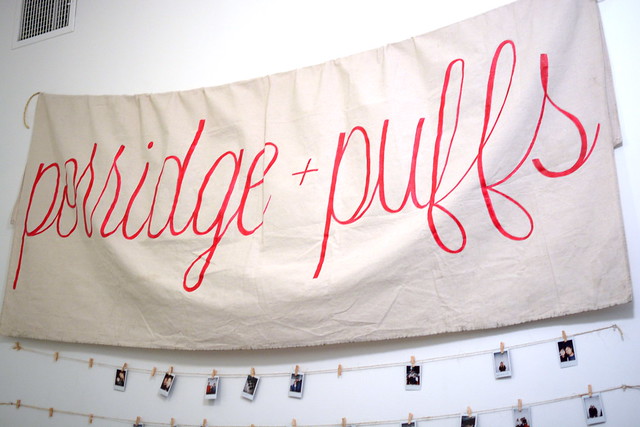 Chef Minh Phan’s beloved Porridge + Puffs is popping up on Monday nights at Proof Bakery’s commissary in Silver Lake. I was lucky enough to catch one of the dates before the run comes to an end next Monday, November 13. Here’s to hoping that the engagement is extended through December because: porridge weather. 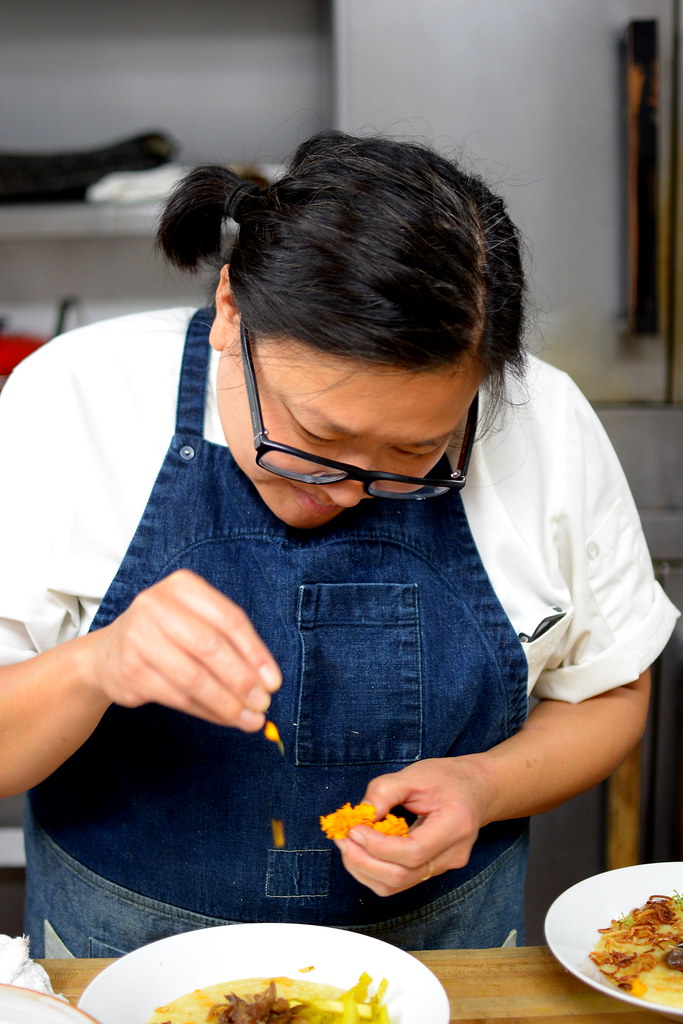 Prior to popping up with Porridge + Puffs, Chef Minh spent time behind the stoves of Beachwood Cafe and Field Trip, both in Hollywood. Fun fact: Porridge + Puffs debuted at Field Trip after dark nearly three years ago. The concept has since gone on to garner critical acclaim and a cult-like following— #PorridgeForThePeople 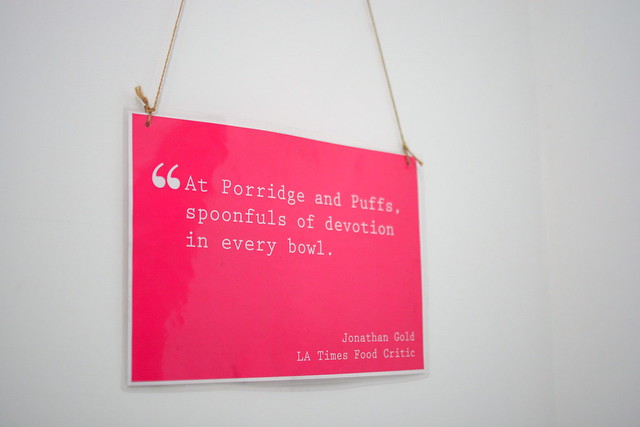 Proof’s commissary was transformed into an indoor-outdoor-cafe slash interactive kitchen for the pop-up. Priced at $20 per person, the set menu included vegetables to start, a bowl of porridge to follow, and a sweet nibble to finish. The menu changes from week to week. 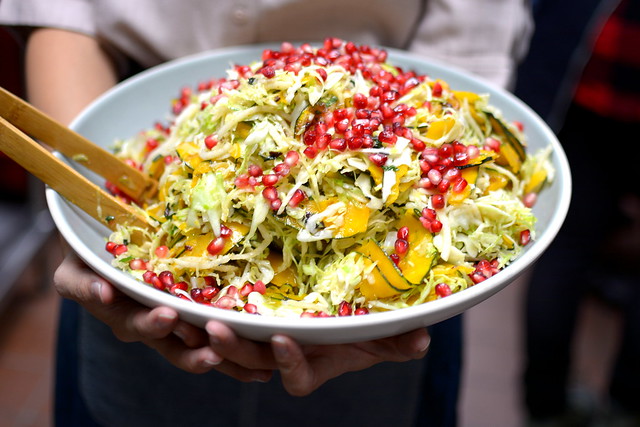 The evening’s slaw was comprised of kohlrabi and kobocha with herbs and pomegranates in a sesame dressing. Fresh fall flavors in full force. 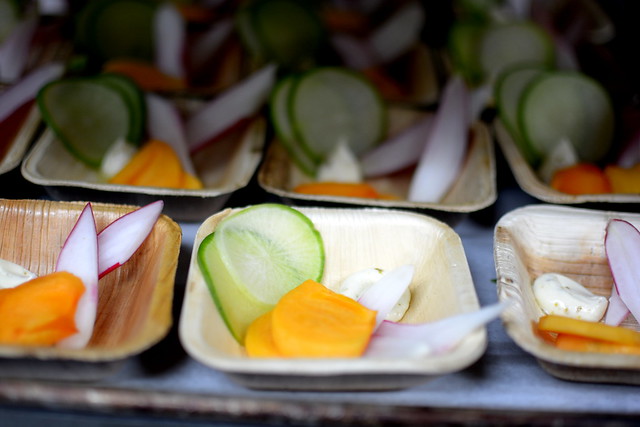 There were also crudités—radishes and Fuyu persimmons thinly sliced and served with a spicy yuzu butter. 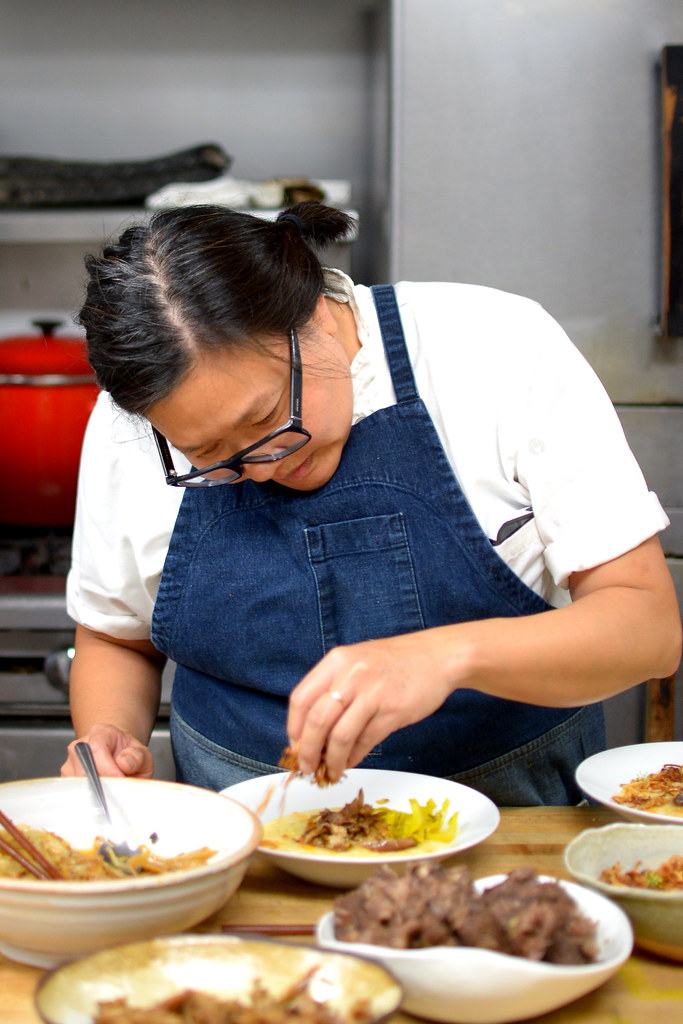 Following the vegetable starters, we were invited to the kitchen to pick up our porridge. Chef Minh meticulously constructs each bowl to order. 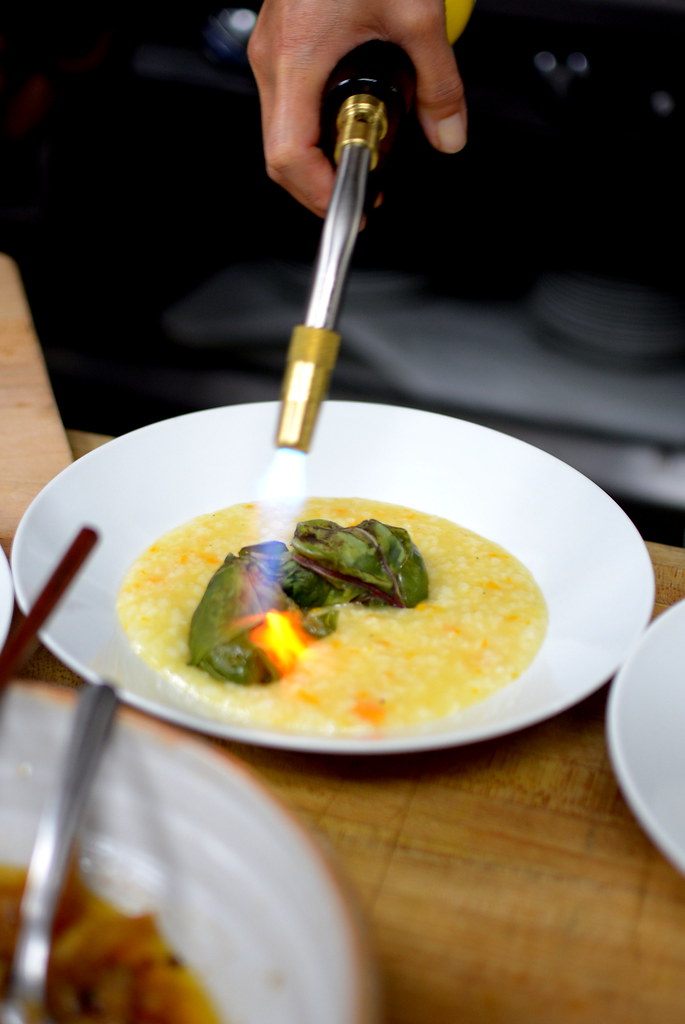 The porridge is made from Koda Farms’ Heirloom Kokuho-Rose Japanese-style rice. The silky, rich texture that she coaxes from each grain is nothing short of magical. “Porridge doesn’t taste like this when I make it at home,” I kept hearing diners proclaim from table to table. 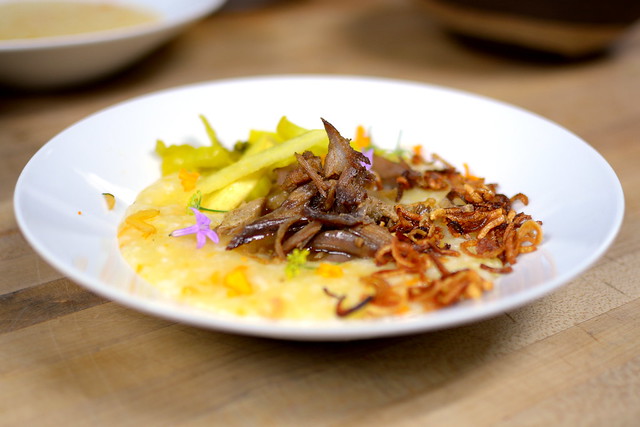 There’s always a meat option and a vegan option on the porridge menu. Mine included roasted duck with Asian pear, mustard greens, turmeric pickles, crispy, shallots, and wild flowers. I could’ve easily polished off two bowls, because nothing comforts quite like congee. 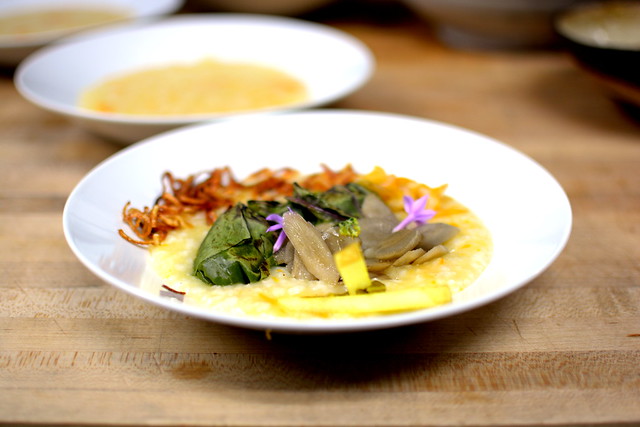 The vegan version, which I was told was as delicious as its meat-forward counterpart, consisted of a miso chard roulade (aromatic stuffed chard), braised burdock, citrus-chard pickles, purslane, herbs, and flowers.

The porridges were served with freshly fried puffs that were crispy on the outside and chewy within—ideal for sopping up porridge. 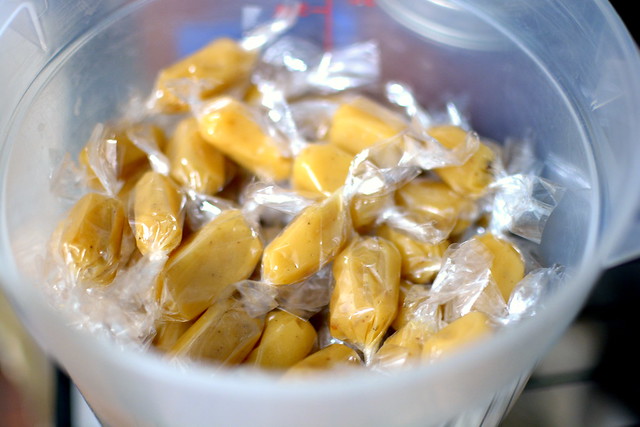 For dessert, Szechuan pepper caramels made by Proof.

Porridge + Puffs is something kind of wonderful. Get some before it’s gone, again.