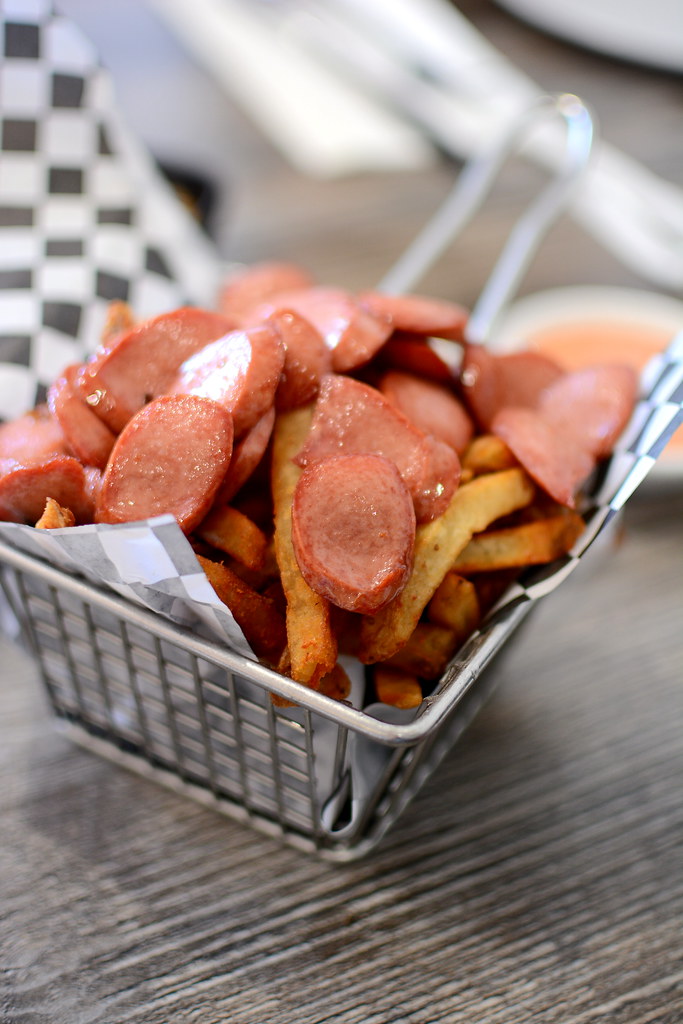 I wasn’t sure what to expect when I ordered the salchipapas ($6) on a whim while lunching with colleagues at Mancora Peruvian Cuisine in Alhambra. Tucked under the appetizers section of the menu, the salchipapas were described as “French fries and thinly sliced hotdogs topped with our variety of sauces.” I’d never encountered this Peruvian delicacy before, but knew immediately that I had to have them. Why yes, I am still eating my feelings. Also, I like the way salchipapas rolls off my tongue. 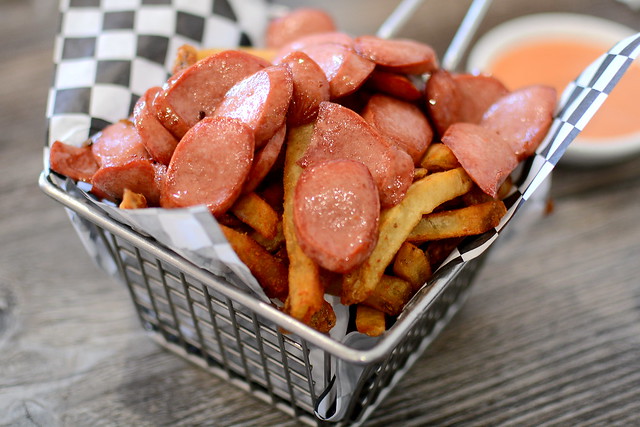 Traditionally served as street food in South America, the salchipapas arrived fresh from the fryer with a rich and tangy ketchup-mayonnaise sauce. While I normally make nutritionally sound choices, it was a treat to throw all caution out the window and indulge my inner fat kid. Salty? Check. Crispy? Check. Fatty? Check! All was right with the world with the salchipapas around.

One thought on “{swoon} Salchipapas at Mancora Peruvian Cuisine”